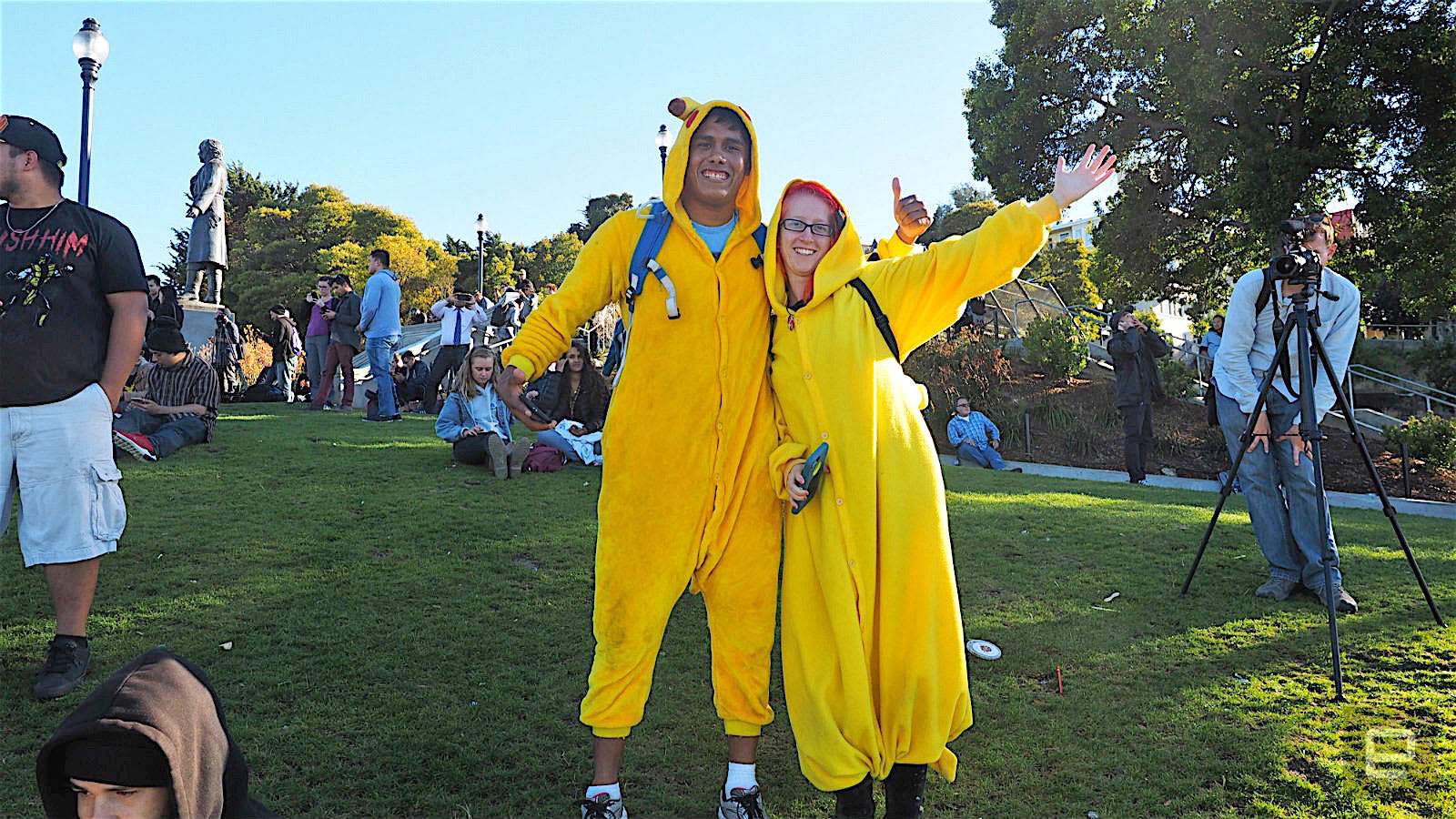 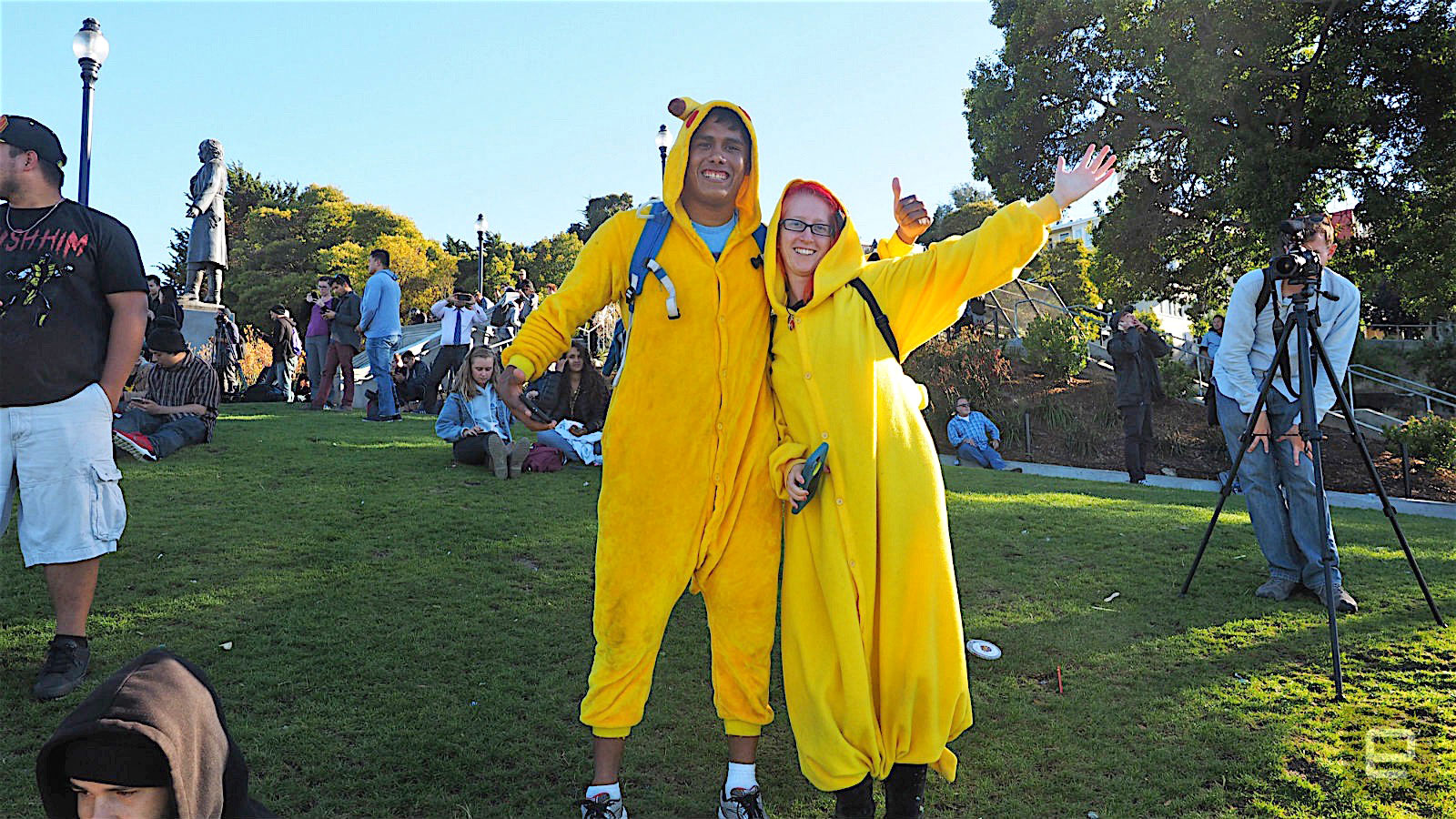 "This is going to be awesome," I thought as I climbed the steep grade up to the statue of Hidalgo in San Francisco's Mission Dolores Park. I was there for a Pokécrawl, you see, but after a week of local news stories and Twitter hype, all signs pointed to it being a circus. And who doesn't love the circus?

It was supposed to be huge. Even within the scope of the current Pokémon Go craze, the San Francisco Pokécrawl slated for last Wednesday night was expected to be a massive event. More than 9,000 people confirmed their attendance to the organizer's Facebook page, while 24,000 more expressed interest. The crawl was touted as being so enormous, in fact, that it would have two starting points -- one in the Mission, the other along the Embarcadero waterfront -- to avoid overtaxing the local infrastructure. I attended the Mission crawl, half-expecting the event to be chaperoned by the whole SFPD, given that nearly 1 percent of the entire city's population was scheduled to attend. Turns out both estimates were wrong. 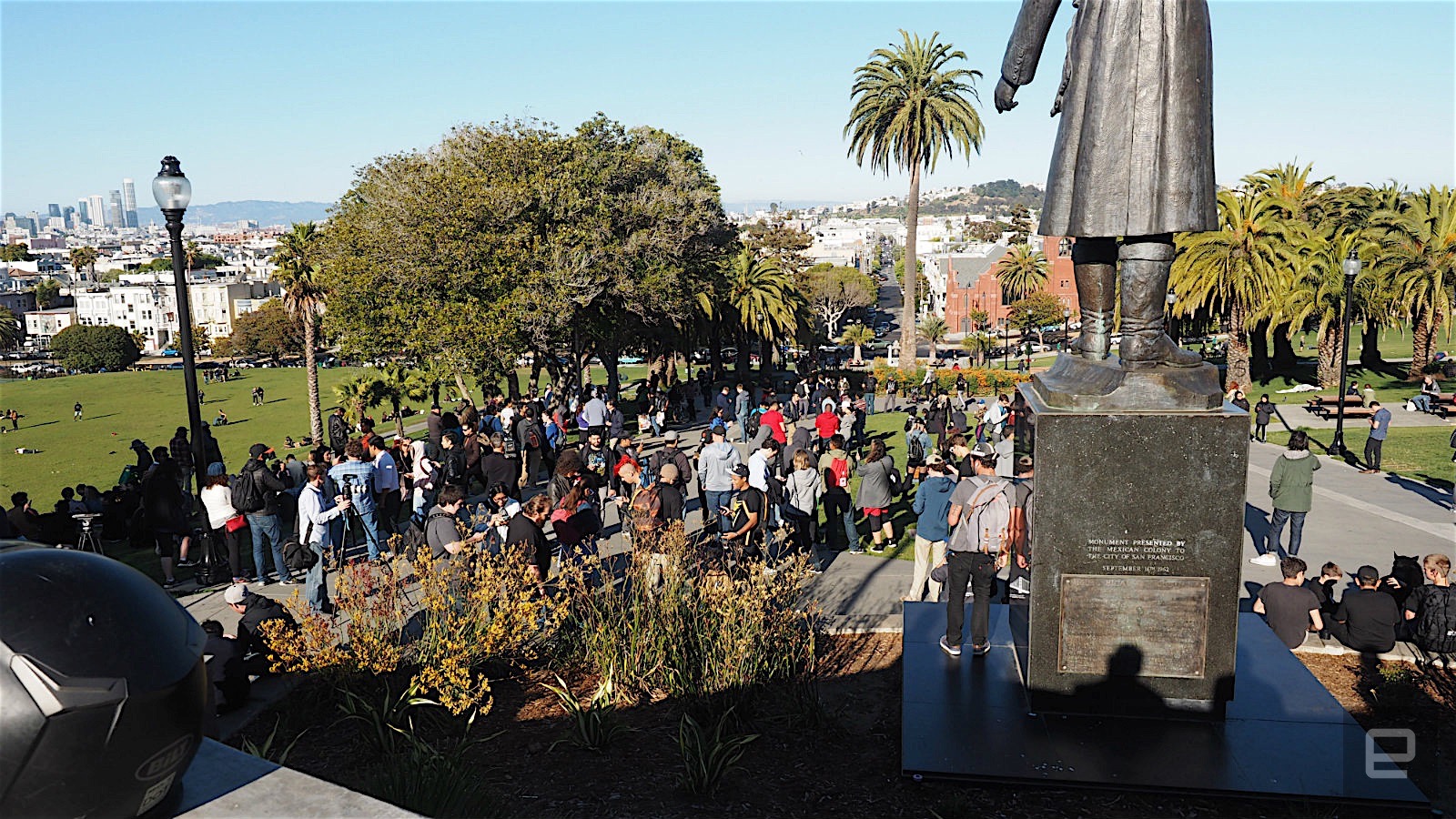 The plan was simple: Show up at 6 PM and be ready to crawl at 6:30. When I arrived a little after 6, there were already more than 200 people at the meeting point -- every single one of them staring intently at their phones. As I reached the summit of the incline, I turned to see hundreds more streaming up the hill toward me, each of them with eyes downcast as they hunted their digital quarry. People arrived as singles, in pairs and in groups, yet upon reaching their destination, many appeared oblivious to the larger event going on around them, instead seeking a clear patch of turf or bench corner to stake out until the real action started.

Some would occasionally scan the crowd for friends, calling out and waving if they spied someone they knew. But for the most part, people kept to themselves or their personal cadres rather than reach out to strangers. Even though everyone was currently engaged in the exact same activity with just as much enthusiasm (I mean, we all took time out of our Wednesday night to show up), it seemed as though there wasn't much motivation to be neighborly.

That's not to say people were hostile, aside from that one jackass who accused me of "stealing" a Bulbasaur he was attempting to capture. In fact, I spoke with a few delightful folks, one of whom taught me the secret to evolving an Eevee into a Vaporeon (it's all in the name), but for the most part, people kept their guards up.

As the bottom of the hour drew near, the crowd swelled to more than a thousand. The Northern face of the hill swarmed with trainers, curious onlookers and cosplayers as gaggles of local news crews hustled from shot to shot, pestering attendees with banal questions about the game. A few uniformed police officers mixed in with the crowd, though neither they nor the trainers appeared in overwhelming numbers, as earlier estimates had predicted. The most the crowd stirred was when a couple good samaritans arrived at the base of the hill with a cooler of free miniature Haagen-Dazs cups. And when the clock struck 6:30 PM: nothing. 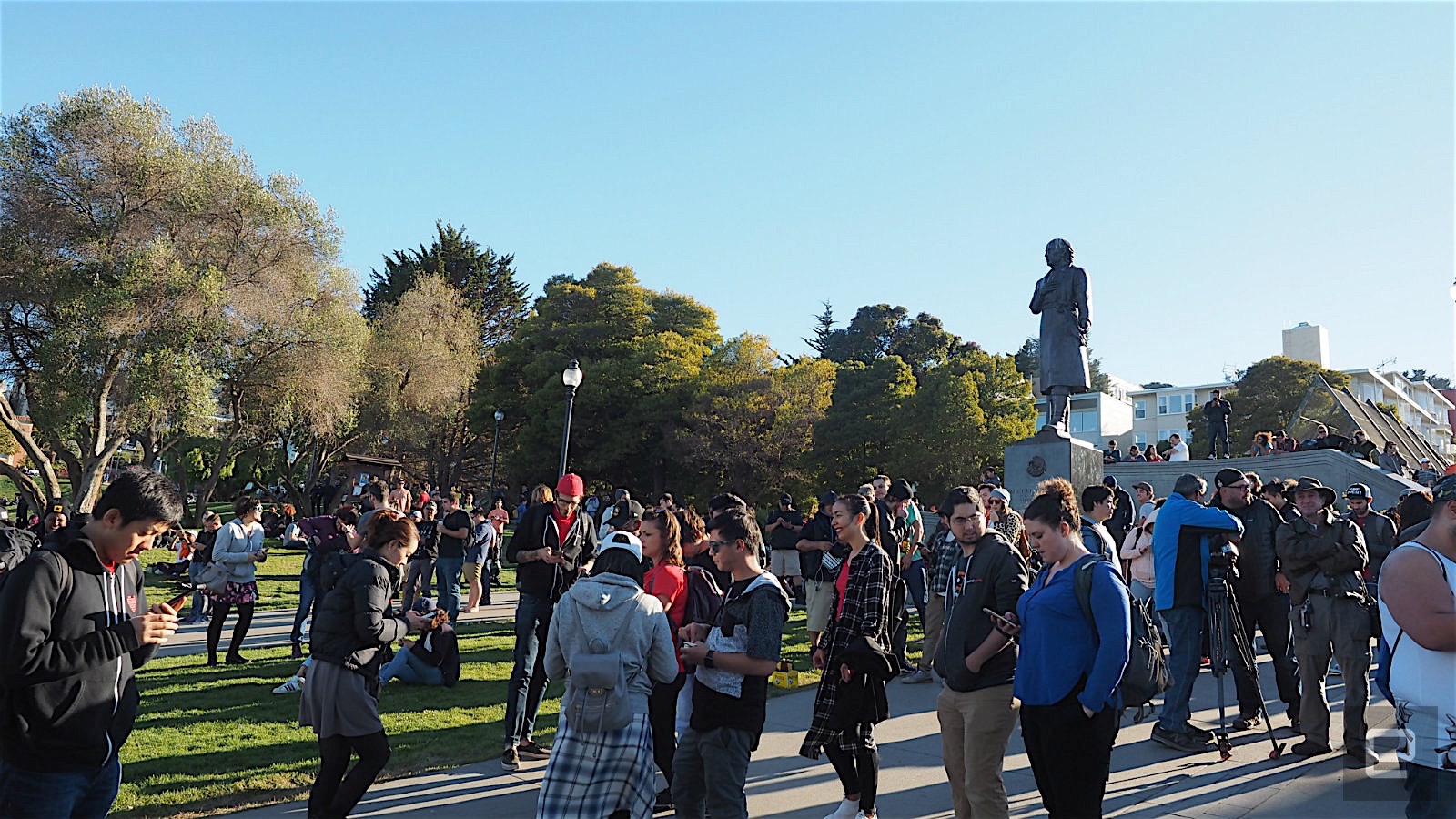 Nothing happened. There were no trumpets, no loudspeaker announcements, no doves released as harbingers of the world peace that our common love of Pokémon Go would surely deliver. Barely anybody even looked up from their phones.

When it became clear that the event's organizers were not going to step forward and lead the masses of humanity that they had gathered, the crowd began its exodus. We all had the crawl's route map from the Facebook announcement; we knew where to go and eventually where to end up. But without that leadership, the event spontaneously and effectively ended. The individual groups that arrived all began to shuffle off the hill toward the Castro and Mission Districts. Even groups headed in the same direction failed to coalesce.

I was rather expecting a 1,000-plus person mob steamrolling through the city in search of Mew. I was hoping to see a sense of shared thought and purpose or at least a hint of the camaraderie that people have recounted online. Instead, I saw a crushingly familiar scene: countless people willfully ignoring one another in favor of what was happening on their phones. As the various cliques within the crowd diffused into the surrounding neighborhoods, it became nearly impossible to tell the hoards of trainers from everybody else.

By 7:30, the Pokécrawl to end all Pokécrawls had become just another Wednesday night in San Francisco.

In this article: art, culture, Dolores Park, Embarcadero, internet, mobile, Pokémon GO, Pokemon, PokemonGo, San Francisco
All products recommended by Engadget are selected by our editorial team, independent of our parent company. Some of our stories include affiliate links. If you buy something through one of these links, we may earn an affiliate commission.