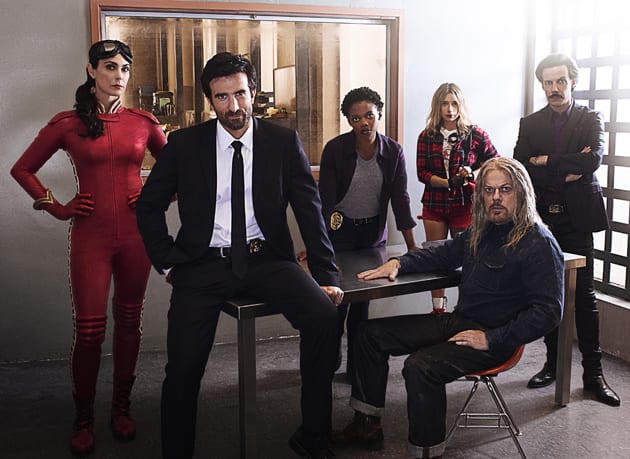 Although it lasted two seasons, Sony's original superhero crime drama Powers unfortunately won't be returning for a third. According to series creator and comic book author Brian Michael Bendis on Twitter, "season 2 was the last. at least for now."

this is hard to tweet, but word is that @POWERStheSERIES is sadly, no more. season 2 was the last. at least for now. 1/2

i'll type more about it later, but thank you ALL for your support. such a fantastic personal experience that you gifted all of us. 2/2

For Sony, the show was a bit of a trial run to test the waters of original programming on its PlayStation Network, so the show's cancellation doesn't bode well for more full-length streaming series on PSN. As for the most devoted followers of Powers, Bendis did tell fans that the comic book version he first published in 2000, which eventually became the basis of the series, will live on at Marvel with a new storyline called "Diamond Days."

Via: Variety
In this article: av, entertainment, internet, playstation, PlaystationNetwork, powers, psn, sony
All products recommended by Engadget are selected by our editorial team, independent of our parent company. Some of our stories include affiliate links. If you buy something through one of these links, we may earn an affiliate commission.