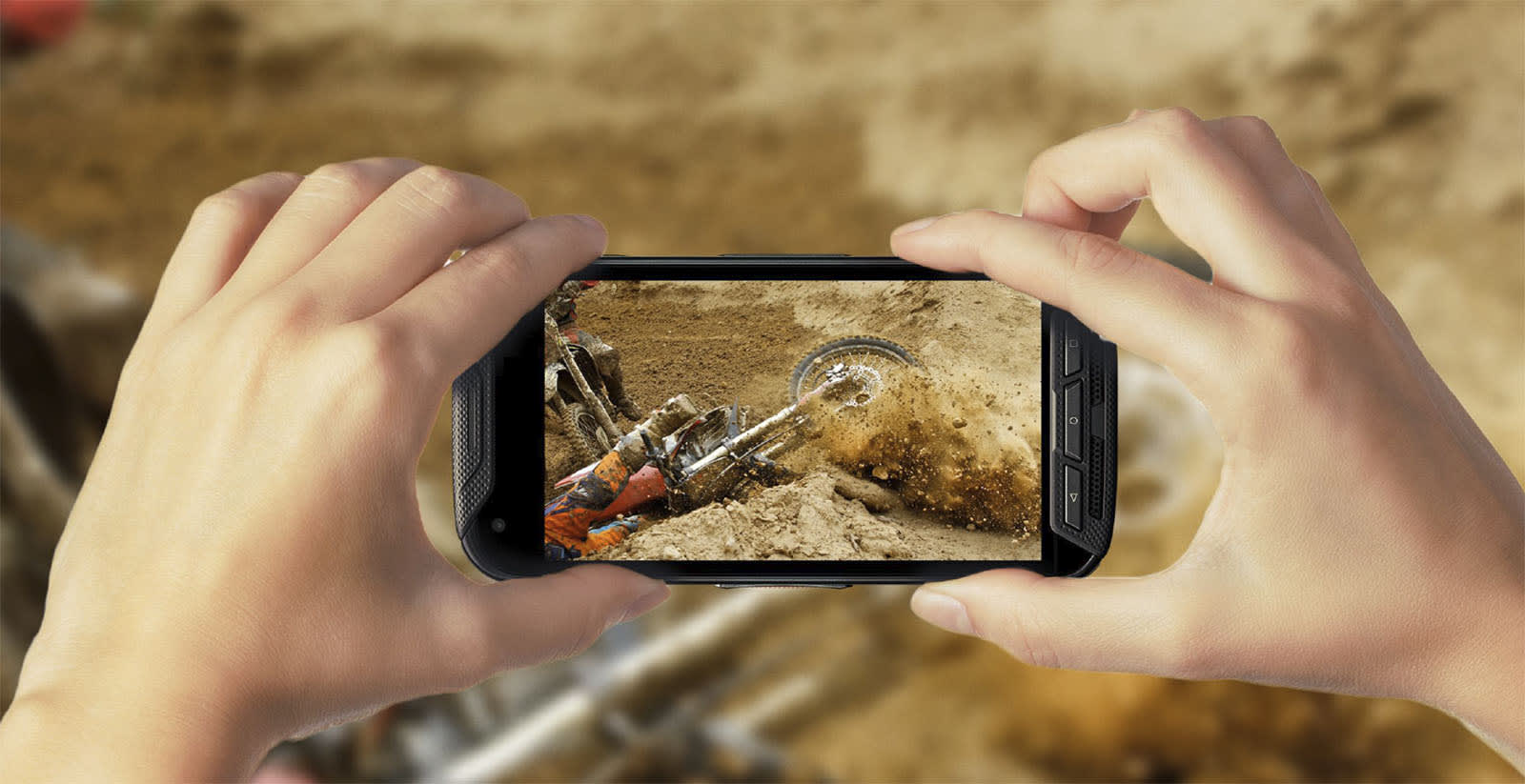 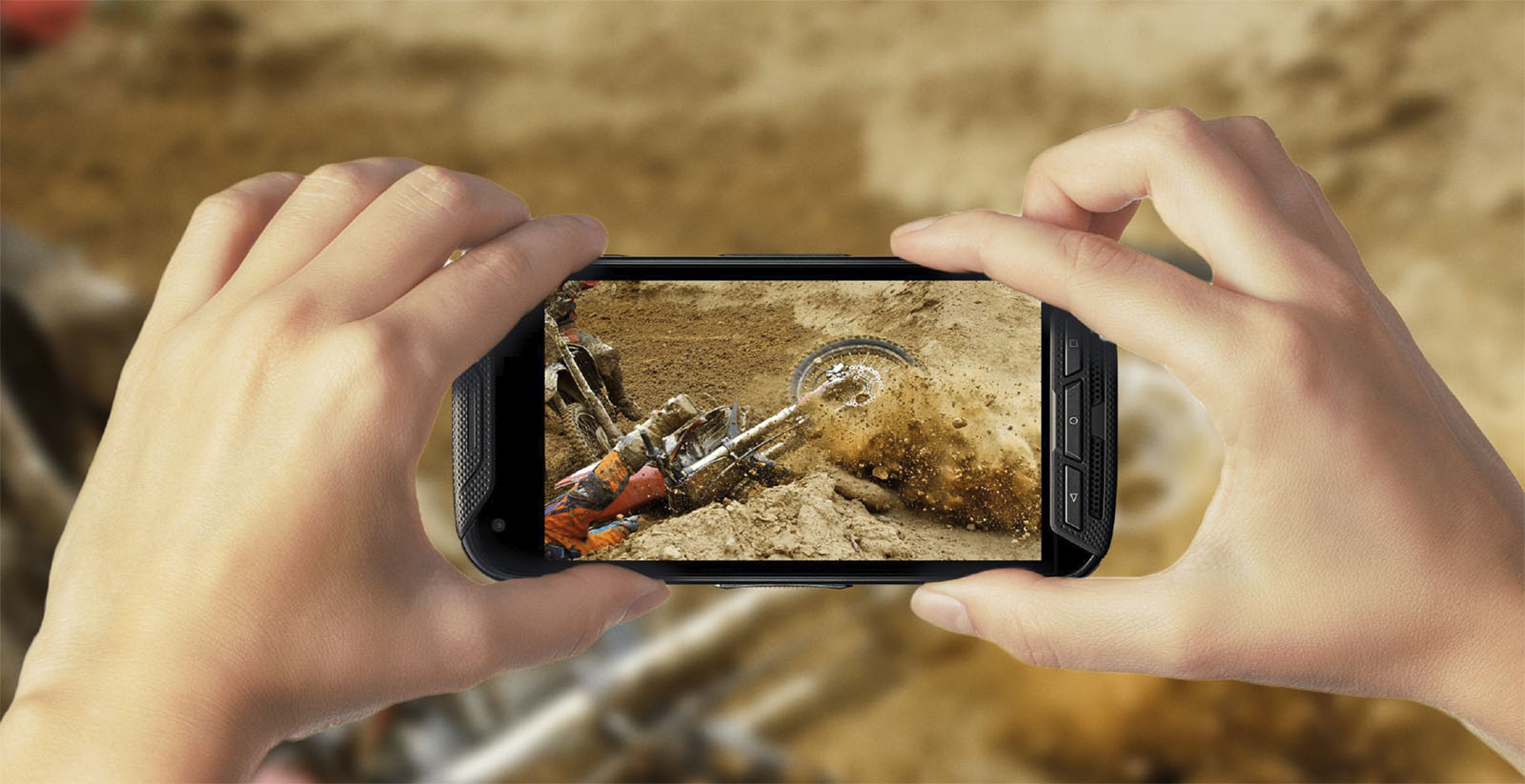 If you film motorcycle ice racing or open pit mines, a regular smartphone may be a bit dainty. Kyocera's newest model, the DuraForce Pro, is up for the job, though. It's a ruggedized, 5-inch phone packing a special action camera that shoots Full HD with a wide-angle field-of-view. The device lives up to its assertive name with an IP6X dustproof case, underwater mode (two meters for up to 30 minutes) and military specs for dust, shock, vibration, temperature extremes, solar radiation and ... well, you get the idea.

Along with the 13-megapixel rear and 5-megapixel front camera, the DuraForce Pro packs a third "Super Wide View" 1080p action camera. It has its own image processor that gives it slow-mo, sports, action and underwater modes. The 135 degree field of view is similar to dedicated action cams, and Kyocera will eventually release a case that supports GoPro-style mounts. It's pitching the device as superior in some ways to action cams, since it has a hardened, impact-resistant 5-inch 1080p screen to help you better judge shots. It's lacking the 4K resolution of the GoPro Hero 4 and other models, though. 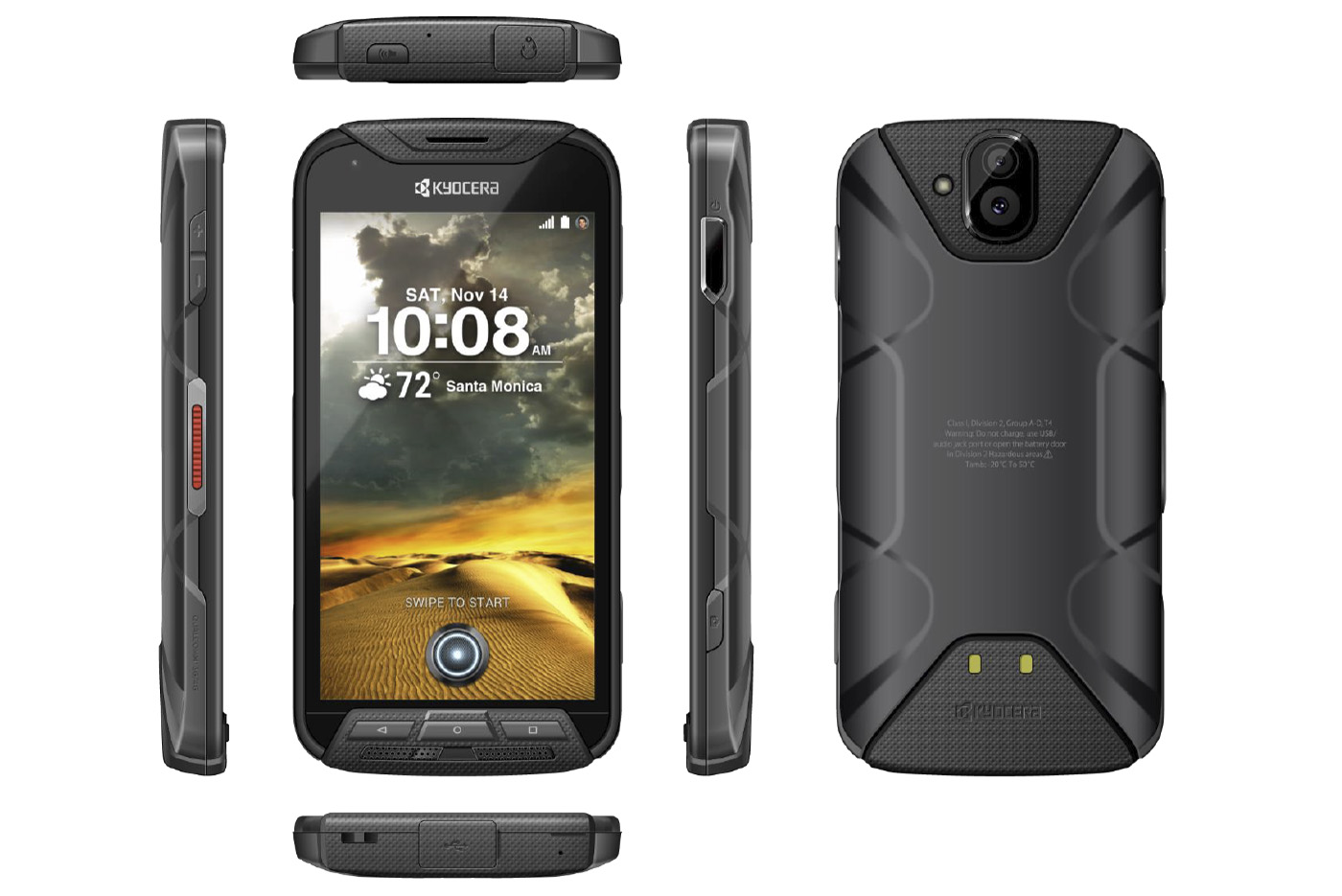 The phone isn't bad spec-wise compared to rivals like the $600 Cat S60, but is no Galaxy S7 killer. It's got a Snapdragon 617 octacore CPU, 2GB of RAM, 32GB of expandable storage, Android 6.0 Marshmallow, a 3,240 mAh QuickCharge 2.0 battery, USB 2.0 and a host of sensors, including NFC, Bluetooth 4.2 and a barometer. For security conscious users and businesses, there's a fingerprint sensor, built-in encryption and Android For Work support. There's no word on price, but expect it to be well north of the standard DuraForce, which is $418 on AT&T.

Source: Kyocera
In this article: ActionCamera, cameras, DuraForcePro, gear, GoProMount, Kyocera, Mil-spec, mobile, Ruggedized
All products recommended by Engadget are selected by our editorial team, independent of our parent company. Some of our stories include affiliate links. If you buy something through one of these links, we may earn an affiliate commission.