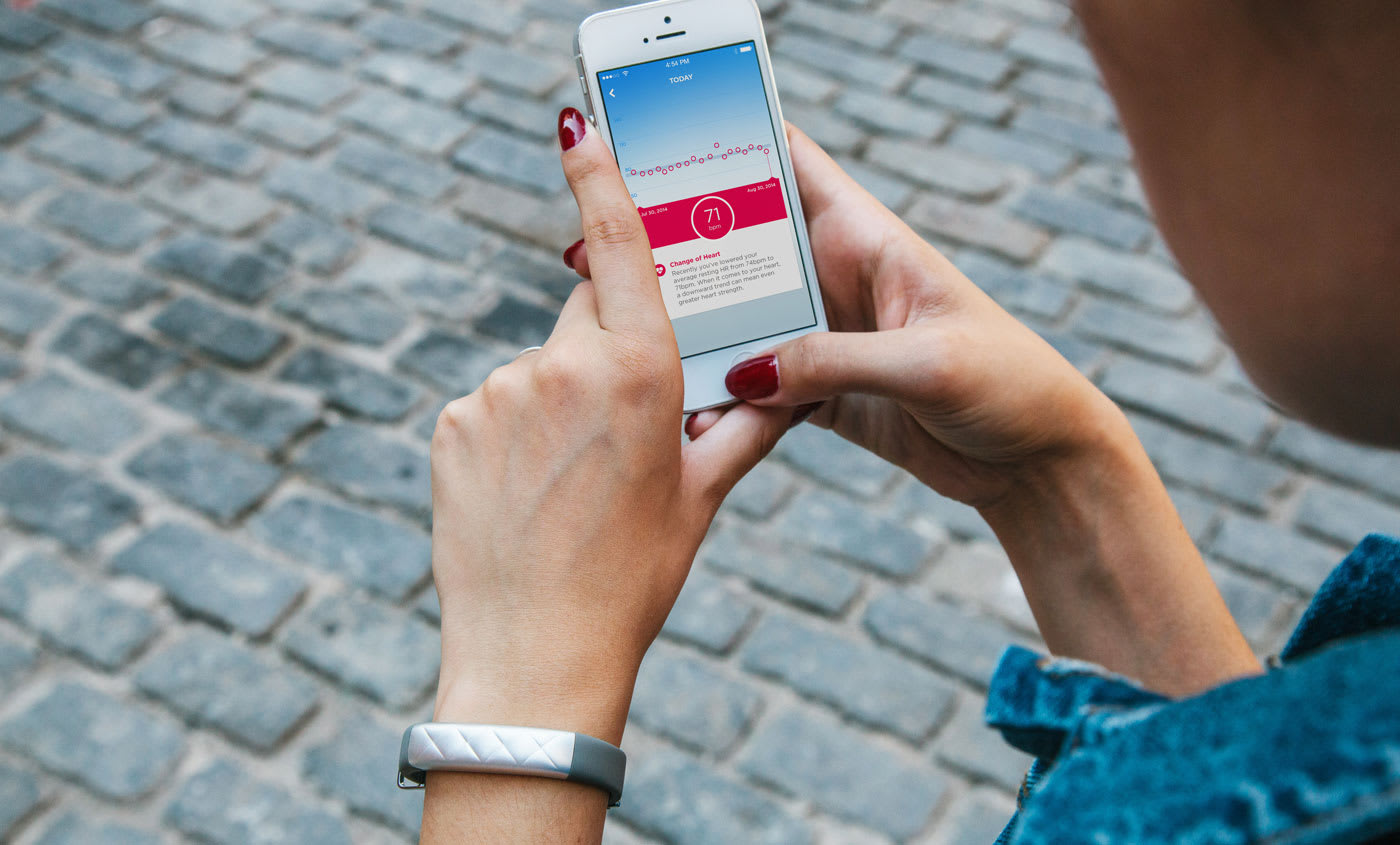 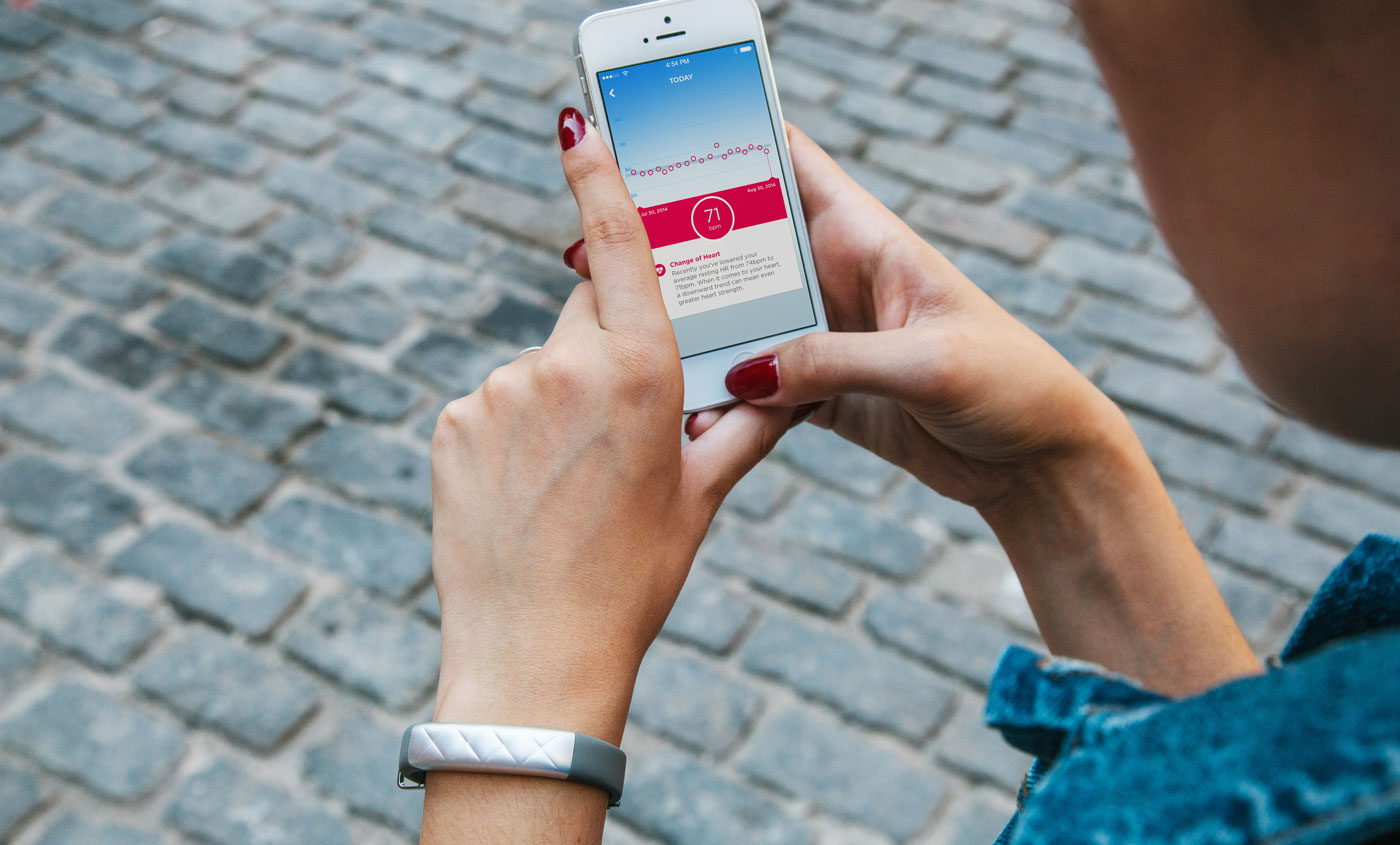 If recent reports are to be believed, Jawbone is in serious trouble after missing a payment to a creditor. Sources close to the company have denied it, but this isn't the first time we've heard such rumors. The Information reported earlier this week that the firm is running out of money and has put itself up for sale. If that's the case, then I can think of the perfect suitor: Intel. After all, the chipmaker has both the money and a smartwatch division in need of a win, while Jawbone has arguably the best fitness app on the market. From the position of an armchair quarterback, it's a match made in heaven -- at least on paper.

Why is Jawbone's mobile app worth saving?

Up, by Jawbone, is an iOS and Android app that seems more determined than its rivals to help you develop healthful habits. The key selling point is that it will proactively do things to help you reach the goals that you've set. Motivation, after all, is the key to sticking with life changes, but most apps assume you're capable of pushing yourself every morning. As well as eschewing the usual 10,000-step target for something more tailored to your body type, it offers something beyond just inactivity alerts. Up is great for proactively identifying problems in your activity patterns over longer periods of time and suggesting ways to remedy it. For instance, if you spend a long week sitting down, it'll give you a prod to counter that laziness. Basically, the advice is more personalized than an hourly buzz to the wrist.

On the surface, Up is friendly and unthreatening with clean, colorful, easy-to-read graphs. Its unintimidating design belies a hidden strength, with the more granular data hidden away unless you want to see it. If want to closely examine your stats much more exhaustively, you can do so in the trends menu, which lets you compare two sets of data against one another over time. So, for instance, if wanted to look for a correlation between calorie burn and sleep, or carbs consumed vs. resting heart rate, you could.

Intel has great hardware and bad software. Jawbone has the opposite problem. Merging the two together would see two fine products become one class leader.

There's also a robust social component that lets you compete with friends and colleagues in so-called duels, or just keep an eye on their progress. Many apps don't have much in the way of social features, and there's little to create a sense of community with your friends. With Up, meanwhile, Duels allow you to engage in one-on-one challenges that'll see you and a friend going head-to-head. There's also diet tracking, which is clumsy in practice, but still effective for making you more aware of what you're eating. More than once I wanted more detail on outlining portions, since it's hard to quantify "1.5 servings" of bolognese sauce.

Why Intel needs it 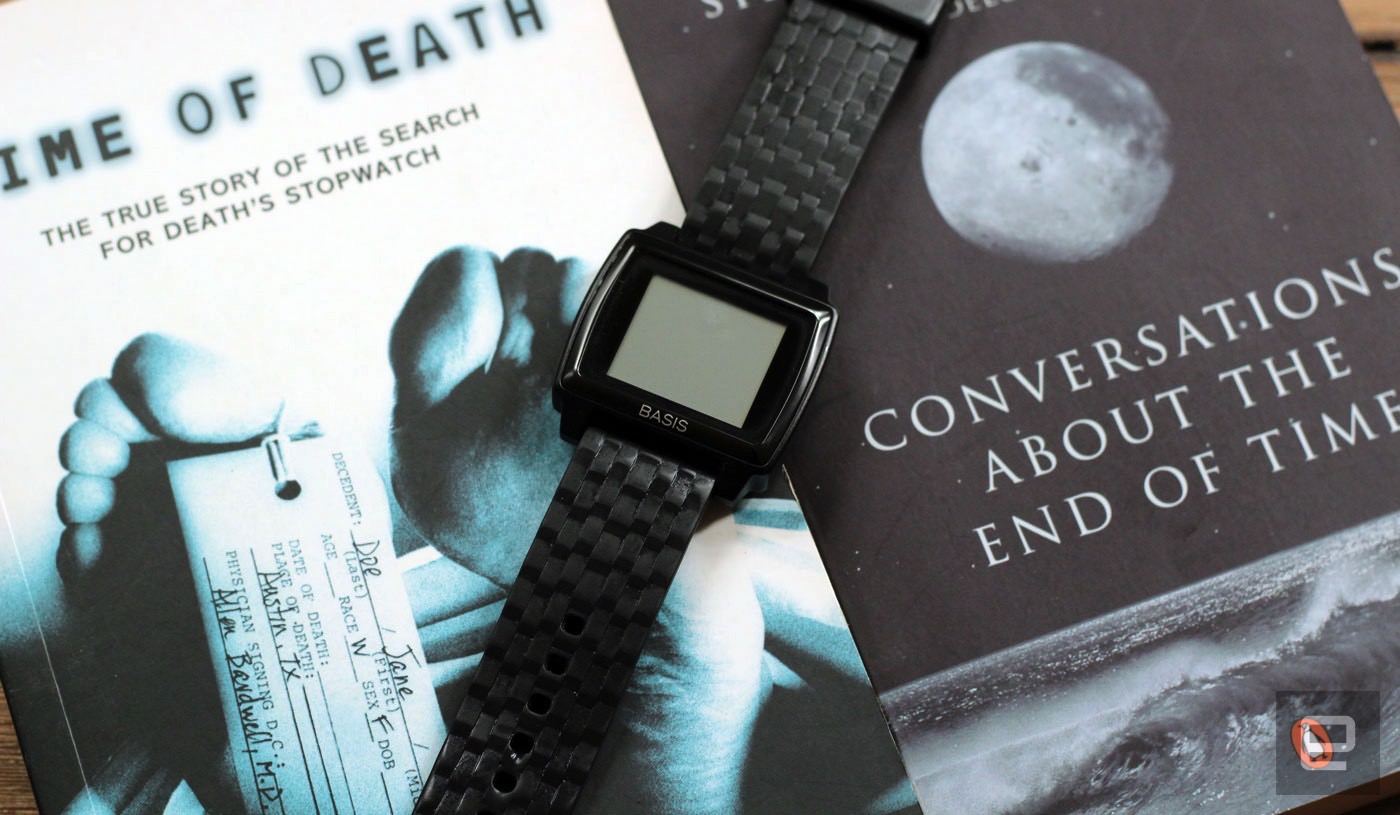 Until a few weeks ago, the Basis Peak was one of the best -- and most underrated -- wearables in the market. Unfortunately, the company found that a handful of devices were overheating and burning users' skin, which forced Intel to issue a recall. Earlier this week I outlined what otherwise made the Peak such a great device. Rather than trying to replicate the experience of a smartphone on your wrist, it stuck to the basics: fitness and sleep tracking, smartphone notifications, not to mention vibrating alarms. Hell, it was even able to automatically detect exercise down to the type of action you were doing. That made it effective and seamless, with a battery that could last almost a working week between charges.

But, thanks to these overheating concerns, Peak has been taken off the market, and may never return. But what Basis can do in hardware can't be overstated: Its main issue (aside from dodgy batteries) was that its companion app was awful. As good as the watch was, the app was ugly, unfriendly and designed for gym nerds who obsessed over minutiae. Intel has great hardware and bad software. Jawbone has the opposite problem. Merging the two together would see two fine products become one class leader.

Then there's the fact that Intel really could do with a hit, something that will help the company with its long-overdue reinvention. Intel's fate has always been inexorably bound to that of the PC market, and as people buy fewer desktops and laptops, its financial dominance will begin to wither. Back in 2013, then-CEO Paul Otellini admitted that it was a mistake not to build ARM-designed chips for smartphones, namely the iPhone. The move effectively tied Intel to the mast of a sinking ship and allowed Samsung, Qualcomm and TSMC to become the chipmakers of the 21st century.

Earlier this year, Intel CEO Brian Krzanich conceded that the company will have to fire 12,000 people as it begins to refocus. Intel is making inroads into other businesses, like consumer hardware -- wearables and drones -- as well as the internet of things. Buying Jawbone would give it a quirky, reasonably decent consumer hardware maker that could benefit from Intel's backing. It also, crucially, has the Up app, and Up is such a good piece of software that it could form the center of Intel's wearables universe.

Intel is also one of the few companies that could afford to buy Jawbone. The struggling company raised $165 million at the start of the year, and at the time was valued at around a billion. Even with banks cutting their expectations for Jawbone, it'll still cost Intel a few hundred million to pick up the business, but that's pocket change for a company that still generates $1.3 billion in quarterly profit.

Why this is all a fantasy 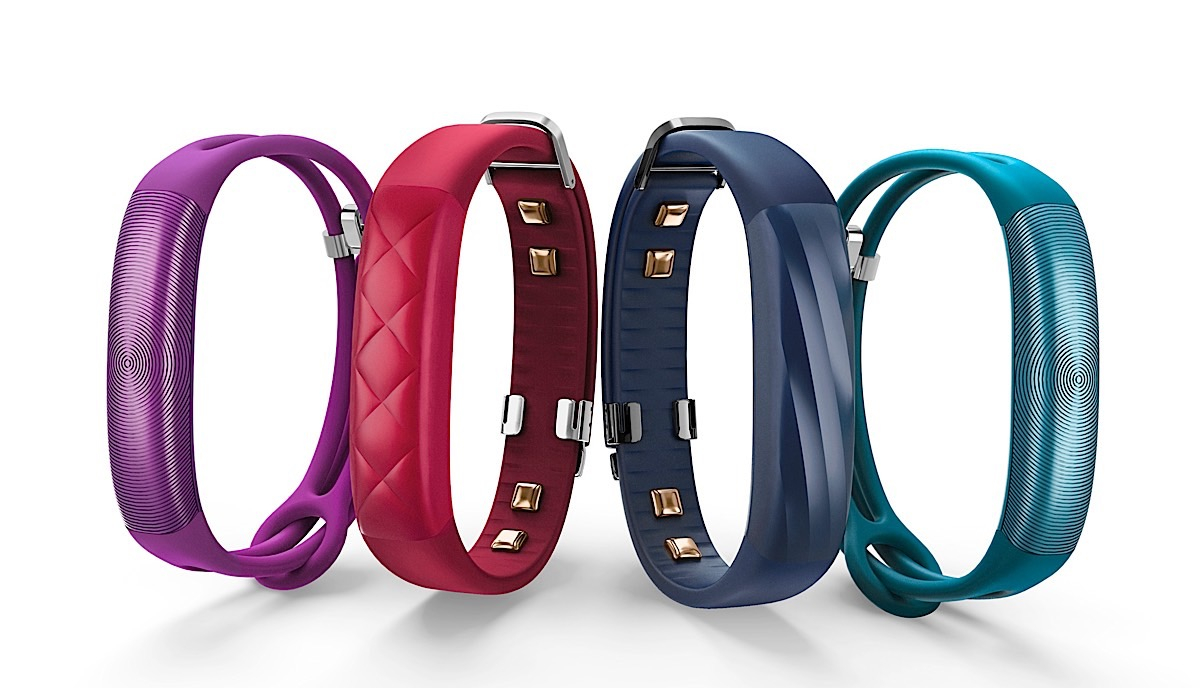 For starters, spending hundreds of millions on a company to get at one component of its business makes iffy sense to most CEOs. As we've seen with Snapchat and Instagram Stories, if you're really committed to building a competing product, you can easily build something similar in-house. I'm not suggesting Intel rip off the concept behind Up -- just that it wouldn't be the first time such a thing has happened. Intel could, theoretically, hire some software designers and build a comparable app for significantly less than Jawbone's asking price. (Though to be fair, it hasn't yet.)

Jawbone doesn't make much sense as an acquisition target because of the baggage it carries as a troubled company. It has constantly overpromised and underdelivered on its devices and struggled to produce reliable hardware. Search for any combination of "Jawbone," "Up" and "broken" and you'll find the internet awash with disgruntled users. The Jawbone patent portfolio isn't worth much either, now that judges have ruled several of them invalid in the company's ongoing lawsuit with Fitbit.

Plus, Intel would have to deal with the messy business of deconstructing Jawbone to get at the meat it really wants. That would require layoffs (expensive, bad PR) and sales (time-sapping) that it could otherwise avoid. Plus, it would inherit a Bluetooth audio division that's tangential to Intel's current and future plans. Besides, Jawbone has reportedly already tried several times to sell its speaker arm, so Intel would likely have to sell it at a knock-down rate.

Fundamentally, this is pure speculation on my part, and Jawbone has too many problems to make a rescue worthwhile. But it deserves repeating that the Up software is a great app that deserves to live on in the face of whatever corporate drama is unfolding at Jawbone. It'd be nice if some white knight would come and rescue Up from possible death. And it'd be especially nice if Intel were the one on the back of the horse.

In this article: Business, editorial, Fitness, gear, Health, intel, Jawbone, JawboneUp, opinion, TL16TJAWB, Up, wearables
All products recommended by Engadget are selected by our editorial team, independent of our parent company. Some of our stories include affiliate links. If you buy something through one of these links, we may earn an affiliate commission.