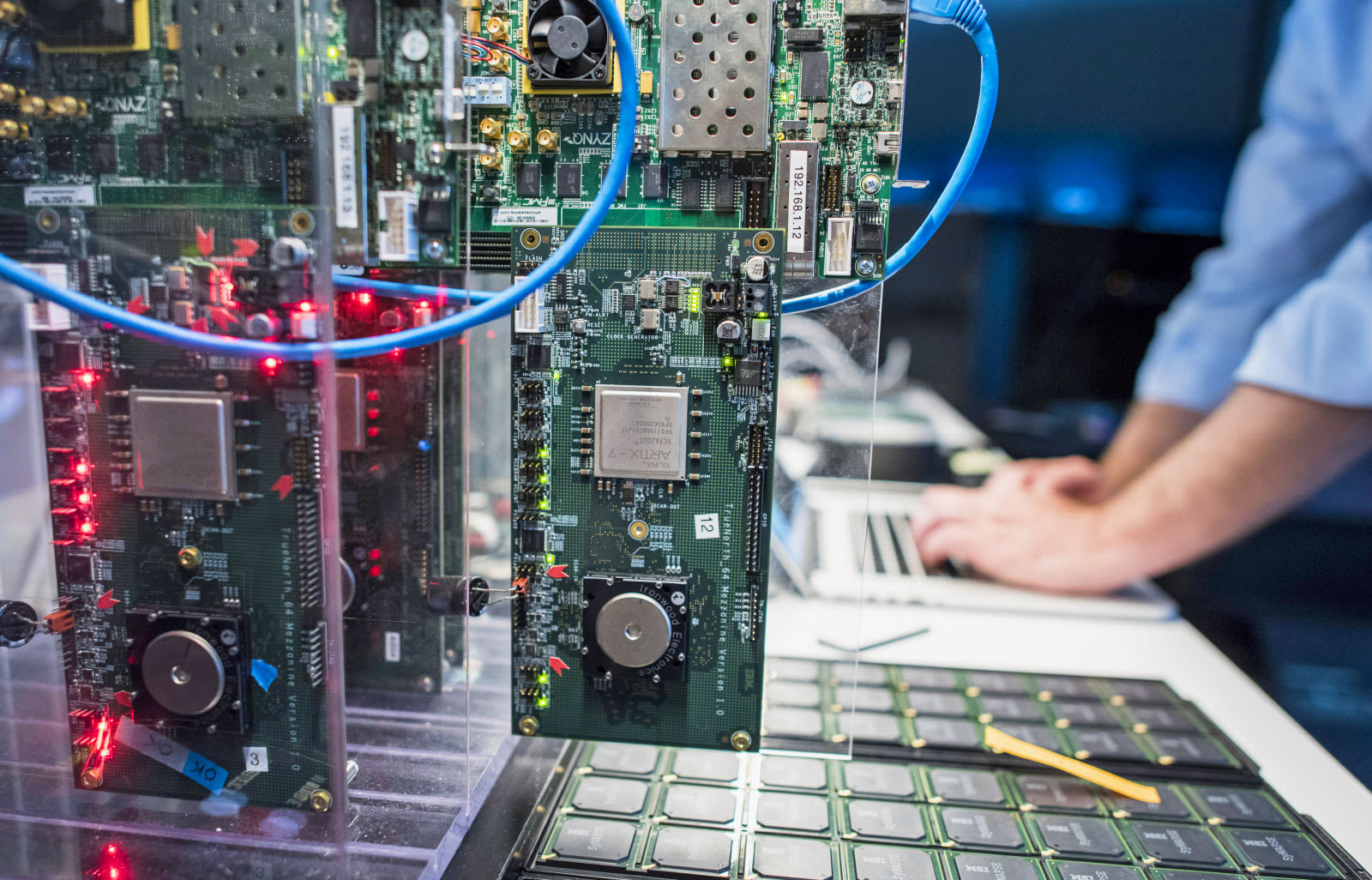 IBM's TrueNorth, a so-called "cognitive chip," remarkably resembles the human brain: its 4,096 cores combine to create about a million digital neurons and 256 million synapse connections. In short, like everyone's favorite complex organ, it operates extremely quickly and consumes far less energy than typical processors. Samsung has taken the chip and plugged it into its Dynamic Vision Sensor (DVS) to process digital imagery at a blindingly fast rate.

Typical digital cameras max out 120 frames per second, but a DVS-equipped gadget can capture an incredible 2,000 fps. Unlike a conventional sensor, each pixel on Samsung's only reacts if it needs to report a change in what it's seeing, according to CNET. That high speed could be useful for creating 3D maps or gesture controls. At a press event on Thursday in San Jose, the company demonstrated its ability to control a TV as it recognized hand waves and finger pinches from ten feet away.

DVS is efficient like its TrueNorth chip base, and only consumes about 300 milliwatts of power. That's about a hundredth the drain of a laptop's processor and a tenth of a phone's, a Samsung VP said at the event. But we still have a ways to go before we approach the minimal power requirements of the human brain, he said, which can process some tasks at 100 million times less power than a computer.

Source: CNET
In this article: DynamicVisionSensor, gadgetry, gadgets, gear, ibm, samsung, TrueNorth
All products recommended by Engadget are selected by our editorial team, independent of our parent company. Some of our stories include affiliate links. If you buy something through one of these links, we may earn an affiliate commission.