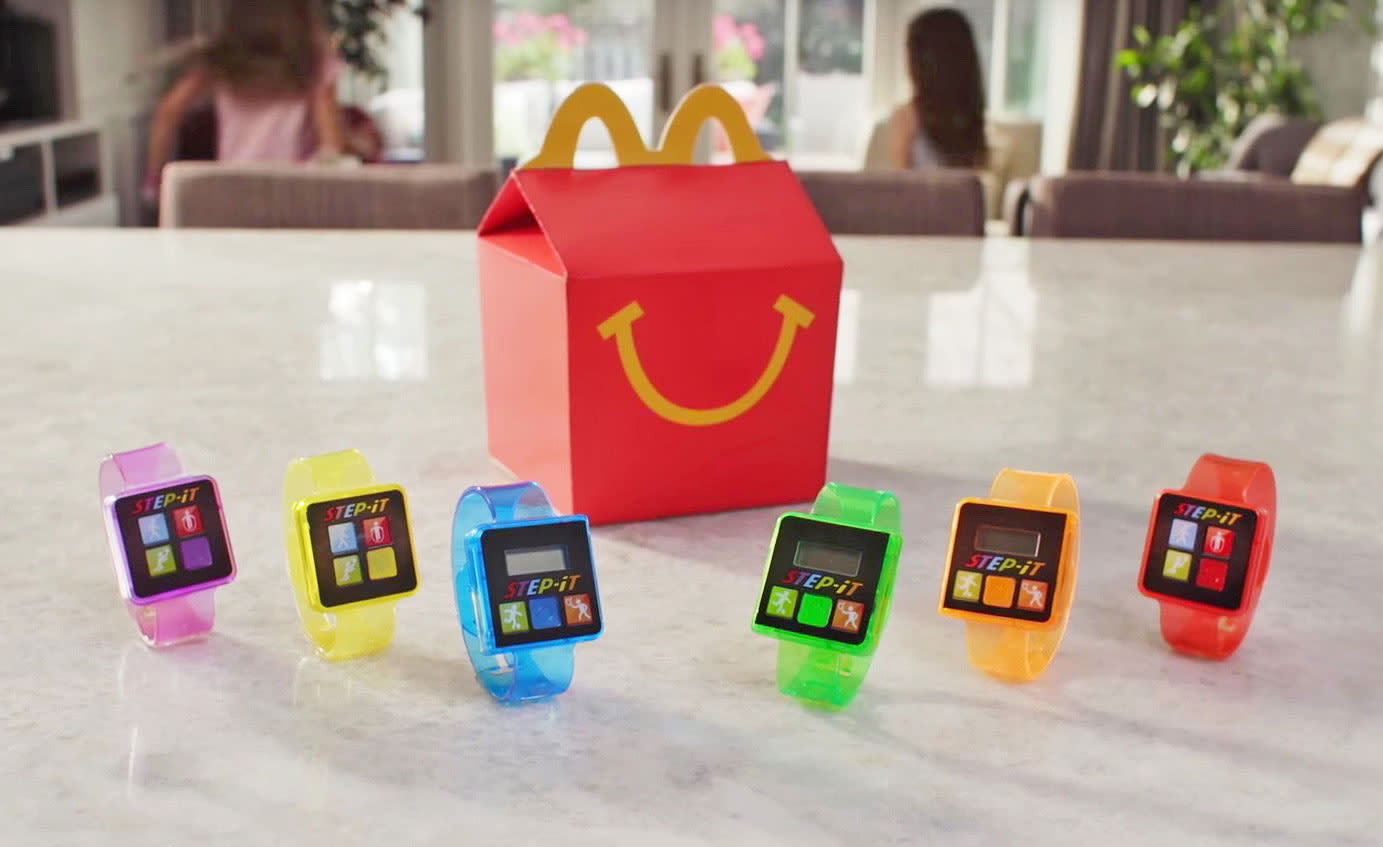 McDonald's Happy Meals might be beloved for their included toys, but the food inside is just as unhealthy as most of the menu at the Golden Arches. As the Rio Olympics approached, the franchise hoped to reverse its kids combo's poor nutritional reputation by including an activity tracker in place of a normal toy. Unfortunately, reports of possible skin irritations prompted the chain to end the promotion early.

Instead of handing out the pedometers until the international games ceased their four-week run, McDonald's will hand out a substitute toy while they investigate the potential dermal abrasions. The franchise gave no further details, according to The Associated Press, leaving it uncertain whether they will again attempt to urge athleticism using Happy Meal giveaways.

Source: The Associated Press
In this article: ActivityTracker, FitnessTracker, gear, HappyMeal, mcdonalds, olympics, wearables
All products recommended by Engadget are selected by our editorial team, independent of our parent company. Some of our stories include affiliate links. If you buy something through one of these links, we may earn an affiliate commission.