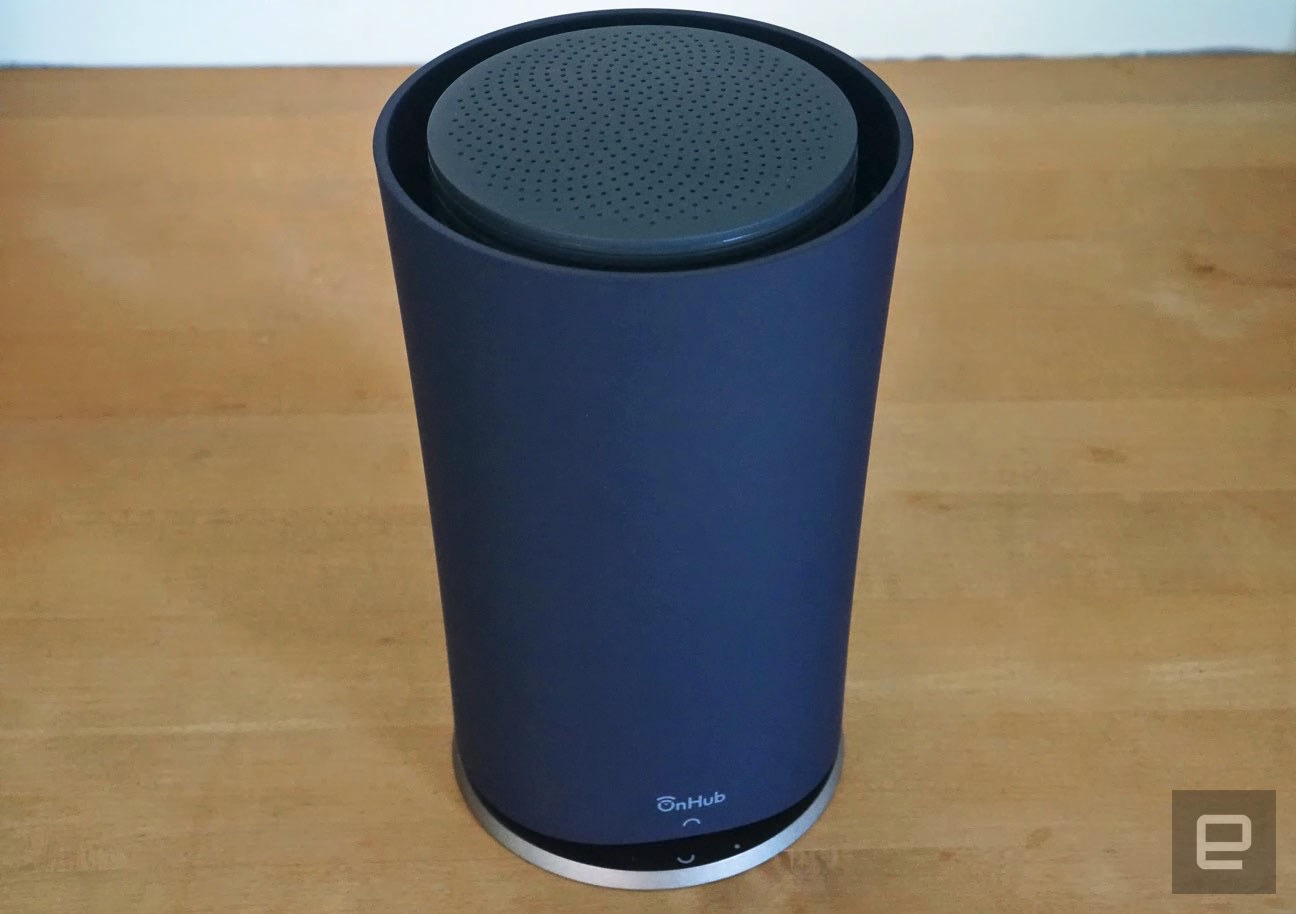 It's been just about a year since Google launched OnHub, a series of routers designed to make setting up and dealing with WiFi a lot easier. Our experience with OnHub found that it did exactly that, and Google has added a handful of features over the last year to make its routers even more unique. Today, Google's announcing its latest OnHub integration: support for the Philips Hue series of smart LED lighting.

Google says its the first connected home device that connects with OnHub, and it works as follows: once you have your Hue lights connected to your OnHub's WiFi network and go through a basic setup process, any other device that's connected to the OnHub can control the lights without needing to use the Hue app. You just type "on.here" into any web browser and you'll see the option to tweak out the Hue lights to your heart's content. On.here already worked as a portal to see what devices were connected to your OnHub's guest network; this is just the latest feature.

The one downside to the OnHub routers is that they aren't cheap, but Google's giving potential buyers some cash back right now -- from now until September 30th, you can get $20 off either the TP-Link or Asus OnHub. The deal is available on both Google's own store as well as Amazon. Given Google's commitment to its routers over the last year, there's a good chance they'll continue to gain features in the coming months. They might not always be game-changers, but there's a good chance they'll be things other router manufacturers aren't doing.

Source: Google
In this article: gadgetry, gadgets, gear, google, internet
All products recommended by Engadget are selected by our editorial team, independent of our parent company. Some of our stories include affiliate links. If you buy something through one of these links, we may earn an affiliate commission.