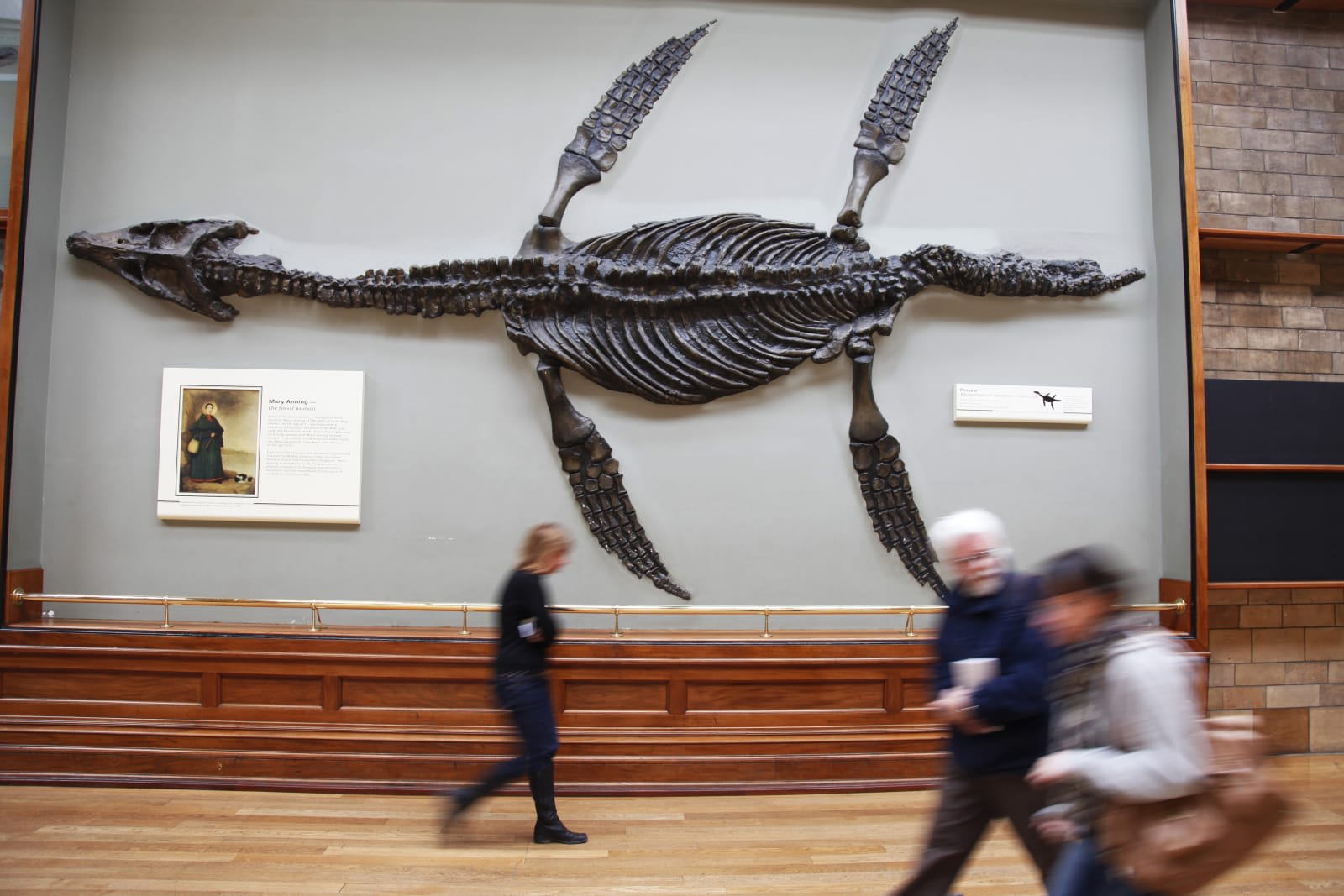 With Google's help, museums and cultural institutions all over the world have been able to open up their archives to millions of people who wouldn't otherwise get the opportunity to visit. The Art and Culture app combines the best Street View, VR and Photos collections from 1,000 museums, whether they're focusing on famous art pieces or creatures that walked the Earth millions of years ago. Today, the search giant has expanded its collection to include thousands of natural history exhibits, letting you walk (and swim) with dinosaurs and learn more about the worlds that time forgot.

Google has teamed up with over 50 of the world's most notable natural history institutions to add more than 150 interactive stories, 300,000 new photos and videos and over 30 virtual tours. At London's Natural History Museum, the Rhomaleosaurus -- a giant ferocious predator known as the "T-Rex of the ocean" -- can be explored in 360 degrees, as can Berlin's 13-meter tall Giraffatitan.

Also available are virtual tours that explain the history of evolution, starting with the origins of the solar system and taking you through the "rise and the fall of prehistoric worlds." Berlin's Museum für Naturkunde is also home to a four meter by twelve meter "Biodiversity Wall," which hosts 3,000 animals and explains why peacocks have such vibrant feathers, but aren't really able to fly, and how zebras got their stripes.

All you need is a computer or an iOS or Android smartphone, although Google Cardboard would certainly help you fully immerse yourself in the exhibits.

Via: Google Blog
Source: Google's Natural History
In this article: artsandculture, culturalinstitute, culture, dinsosaurs, google, internet, mobile, museum, naturalhistory, TL17VRTRP
All products recommended by Engadget are selected by our editorial team, independent of our parent company. Some of our stories include affiliate links. If you buy something through one of these links, we may earn an affiliate commission.