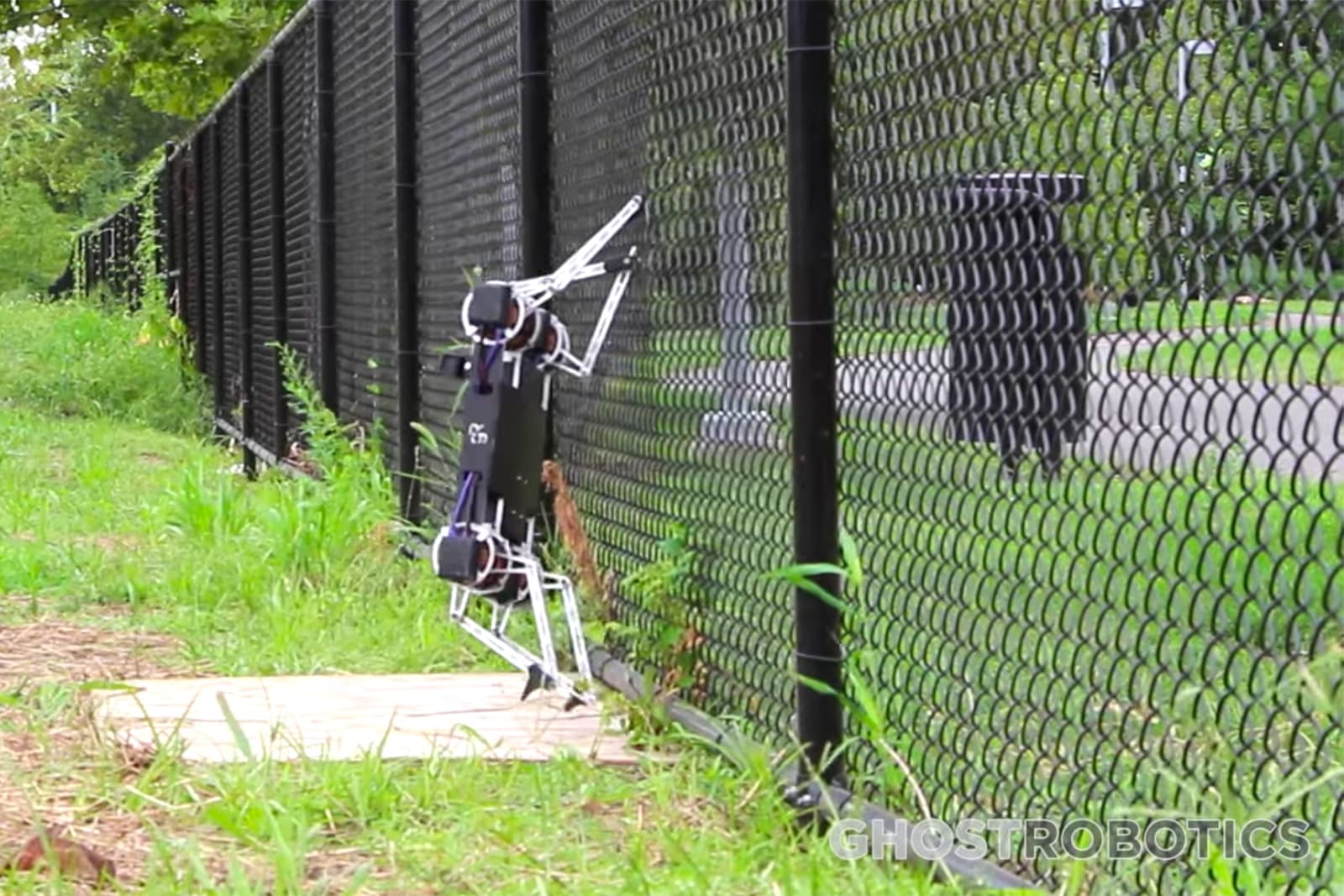 Four-legged, go-anywhere robots aren't really affordable... not unless you're willing to spend as much as you would on a used car, anyway. Ghost Robotics, however, thinks it can do better. It's working on the Ghost Minitaur, a dog-sized quadruped bot that could cost $1,500 or less when it hits mass production. Its direct-drive electric motors both keep the cost down (since the springiness is dictated by software, not hardware) and let it pull off feats that you don't see in far pricier machines. As Ghost Minitaur can sense contact with objects through the motors themselves, it can not only climb stairs, but scale fences and even open certain kinds of doors. Shades of Jurassic Park's velociraptors, anyone?

It's not certain just when costs for the robot will come down to Earth, and you'll probably need some technical know-how to help it live up to its potential. It'll likely be more for businesses and governments than everyday users. However, Ghost Robotics sees plenty of potential. The Ghost Minitaur could offer help in search-and-rescue or military operations where aerial drones aren't practical, or cover rugged terrain on distant planets. Whatever the uses, it's evident that quadruped robots could soon become relatively commonplace.

Via: IEEE Spectrum
Source: Ghost Robotics
In this article: fence, gear, ghostminitaur, ghostrobotics, quadruped, robot, robots, stairs, TL16RBTHMN, video
All products recommended by Engadget are selected by our editorial team, independent of our parent company. Some of our stories include affiliate links. If you buy something through one of these links, we may earn an affiliate commission.