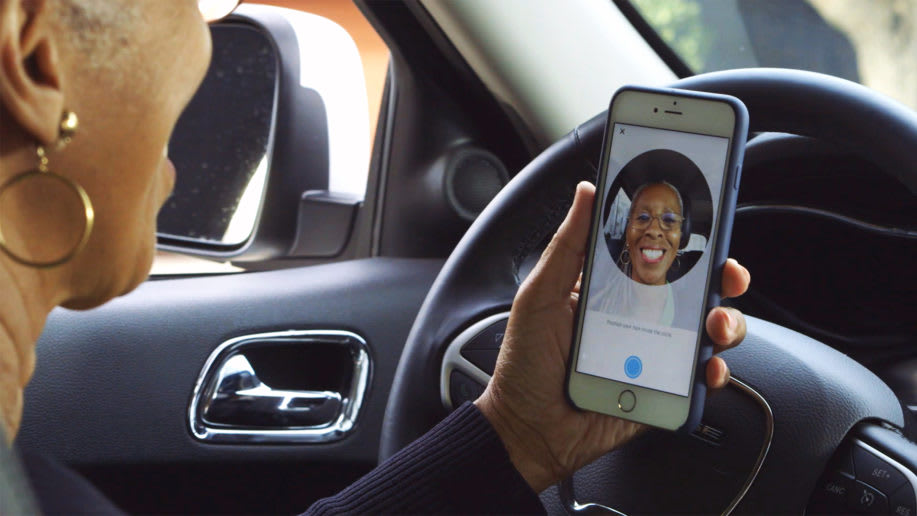 Uber's security chief is worried about safety on Uber rides, specifically about making sure that your driver is who they say they are. That's why Joe Sullivan has announced that the firm is bringing its Real-Time ID Check to the US so that he can be sure your Uber driver is legit. Essentially, while a driver is out and about, their phone will sporadically pipe up and ask them to take a selfie that can then be compared to the one on file. Should it not match, their account will be temporarily suspended and an operative will "look into the situation."

The safety selfies feature is being supported by Microsoft's Cognitive Services, which will be doing the selfie-based comparisons. Sullivan explains that 99 percent of the recorded incidents in the pilot program were down to the fact that their profile photos were unclear. If you want to keep driving without interruption, it looks as if the best thing you can do is get some really good looking head shots.

The US rollout isn't the first time that Uber has instituted its safety selfie program, which actually began in China earlier this year. As reported by Quartz earlier this year, it's common practice in the country for drivers to hand their account over to third parties. In that country, however, the facial recognition technology was provided by local startup Face++, rather than Microsoft. That said, if everything goes to plan, it won't be long before your driver won't need to take selfies since they won't have a face.

Source: Uber
In this article: culture, gear, JoeSullivan, mobile, RealTimeIDCheck, Ridesharing, SafetySelfies, transportation, Uber
All products recommended by Engadget are selected by our editorial team, independent of our parent company. Some of our stories include affiliate links. If you buy something through one of these links, we may earn an affiliate commission.