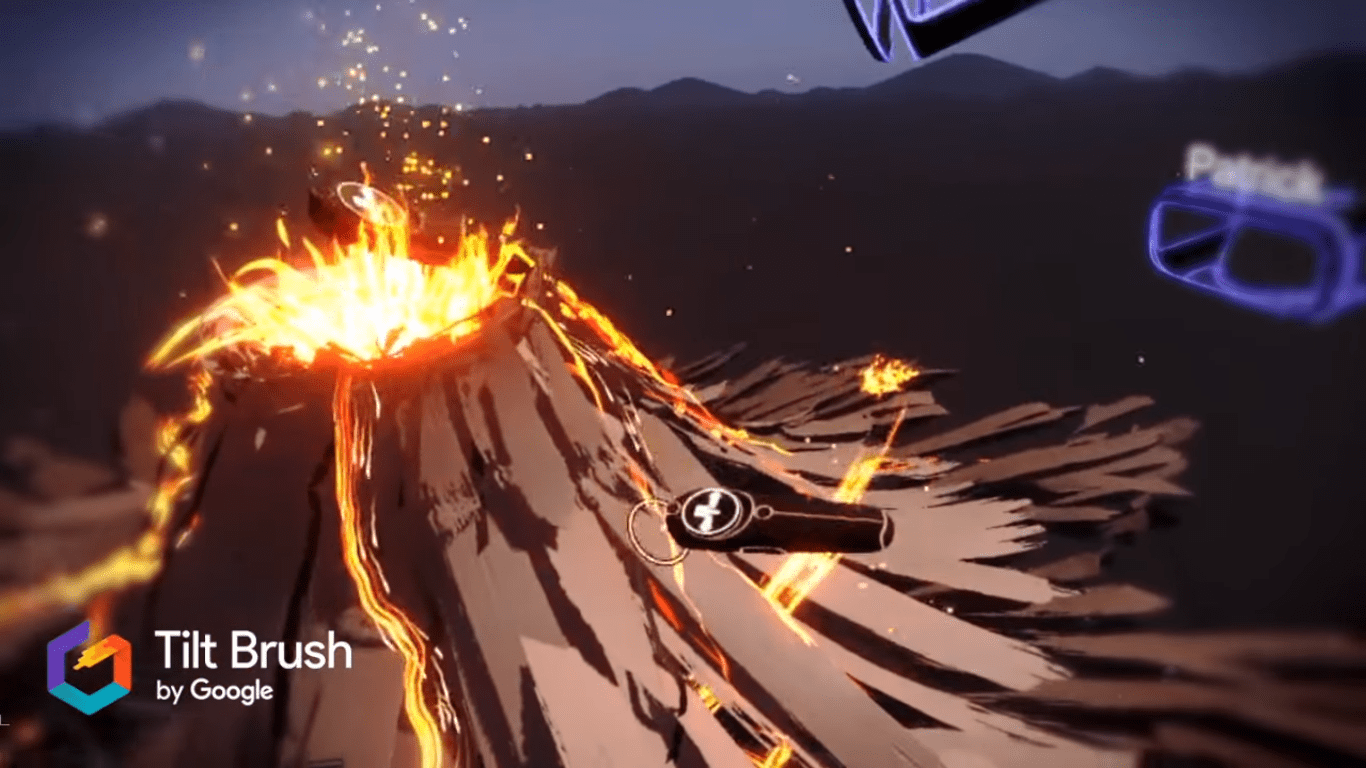 Google's Tilt Brush debuted in September 2014 as a virtual reality painting experience -- immersion with the creative simplicity of MS Paint, as The Verge put it. They've added more in-game tools and hosted the odd art exhibit in the two-year interim. But as more VR headsets filter into players' hands, the game will soon get a big feature: Multiplayer. There's no release date yet, but here's a few things to look forward to while we wait.

It seems obvious to stuff a bunch of gamers into a single (digital) room and let them collaborate. But there are some lovely little touches to emphasize the painting, not the people: Each player is represented by a simple neon outline of a headset, preserving the sort of bodiless anonymity that draws the focus back to creating. You can even decorate each other's headsets, so expect the playful innocence of mustaches and fairy wings until less mature gamers inevitably invade Tilt Brush.

There are a few other features coming that aren't tied to multiplayer, like a poseable mannequin and letting players make crude animations, zoetrope-style: Adding doodles frame-by-frame on the outside of a wheel and "spinning" it.

Another tool on the horizon is the portal brush, which uses the HTC Vive's cameras to let you peer into the real world. Of course, these are all just experiments that may or may not make it into the game, but since the team keeps putting out niche features like the audio reactive brushes, we could see any of these come out in a future update.

Via: The Verge
Source: Google blog
In this article: av, gaming, google, painting, tiltbrush, VirtualReality, vr
All products recommended by Engadget are selected by our editorial team, independent of our parent company. Some of our stories include affiliate links. If you buy something through one of these links, we may earn an affiliate commission.