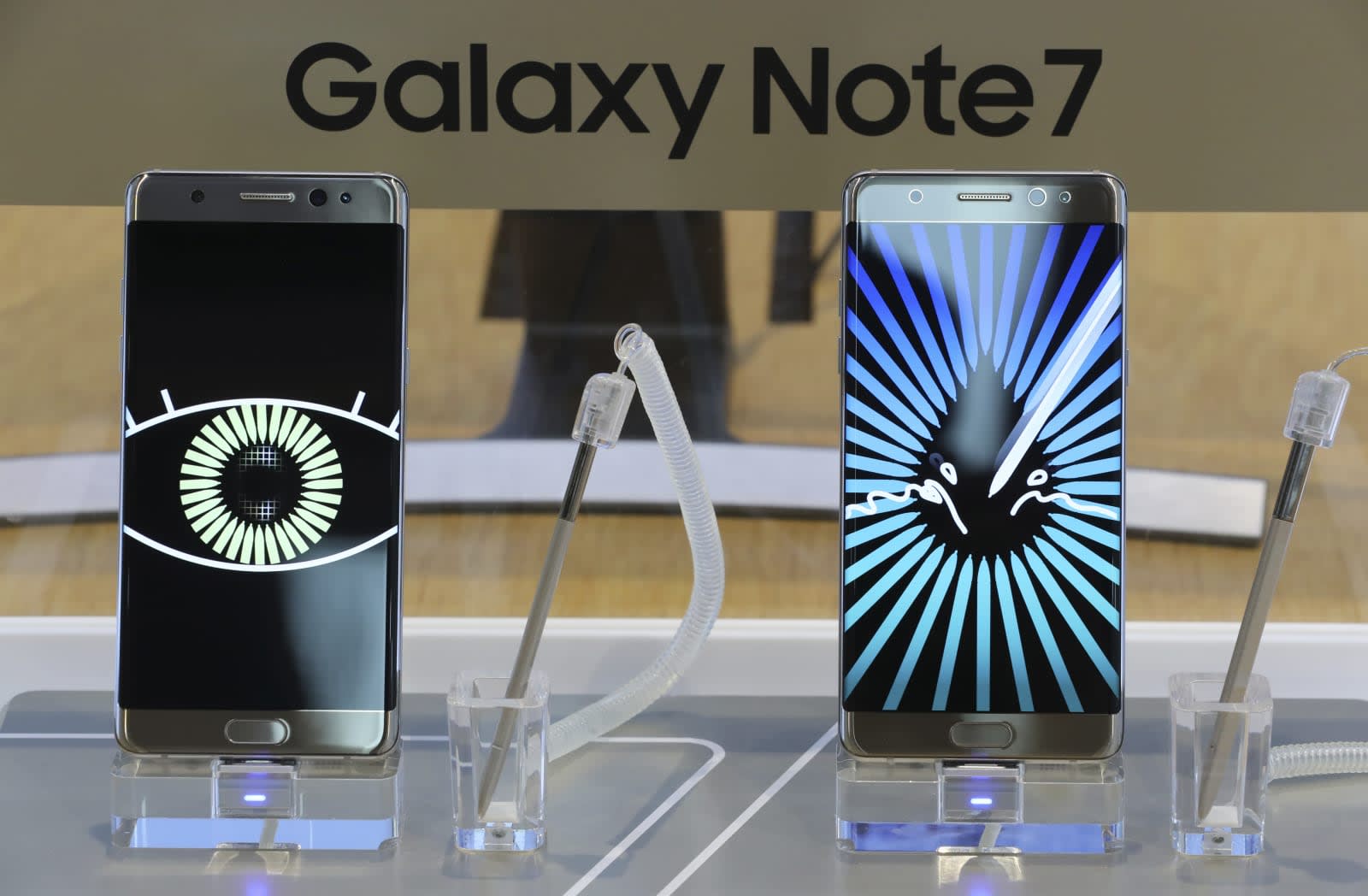 Even though Galaxy Note 7 production has shut down and the phones should be on their way back to Samsung in fireproof boxes, the question of how everything went so wrong has yet to be answered. When it initiated a recall on September 2nd, the company said that "we conducted a thorough investigation and found a battery cell issue." However, today when it announced a permanent end to manufacturing, there was no word on the problem. A report by the New York Times indicates that despite assigning "hundreds" of employees, they have not been able to reproduce the spontaneously smoky, blazing hot phones too many customers have experienced.

This video obtained by the Associated Press shows a woman in Honolulu with her Galaxy Note 7 as it began to smoke Sunday morning. The initial recall focused on phones with batteries built by Samsung's SDI subsidiary and came alongside a software update to limit charging, but that has clearly not solved the problem. While some speculation has centered around USB-C cables or quick charging, there's still no indication of exactly what is wrong.

In an interview with the Times, Park Chul-wan, the former director of the Center for Advanced Batteries at the Korea Electronics Technology Institute, said that based on a review of regulatory documents and speaking to engineers "I think there was nothing wrong with them (batteries) or that they were not the main problem."

That news may be bittersweet for another company: TDK. The Financial Times writes that it was contracted to provide batteries for the replacement models, and the decision to scrap the devices entirely may put a hold on any suggestion that its batteries were to blame. In response to the NYT report, Samsung pointed to its earlier statement about cancelling production, we will keep you updated if there are any new developments in this story.

Source: New York Times, Financial Times
Coverage: Associated Press (YouTube)
In this article: battery, explosions, fire, GalaxyNote7, gear, mobile, recall, samsung
All products recommended by Engadget are selected by our editorial team, independent of our parent company. Some of our stories include affiliate links. If you buy something through one of these links, we may earn an affiliate commission.