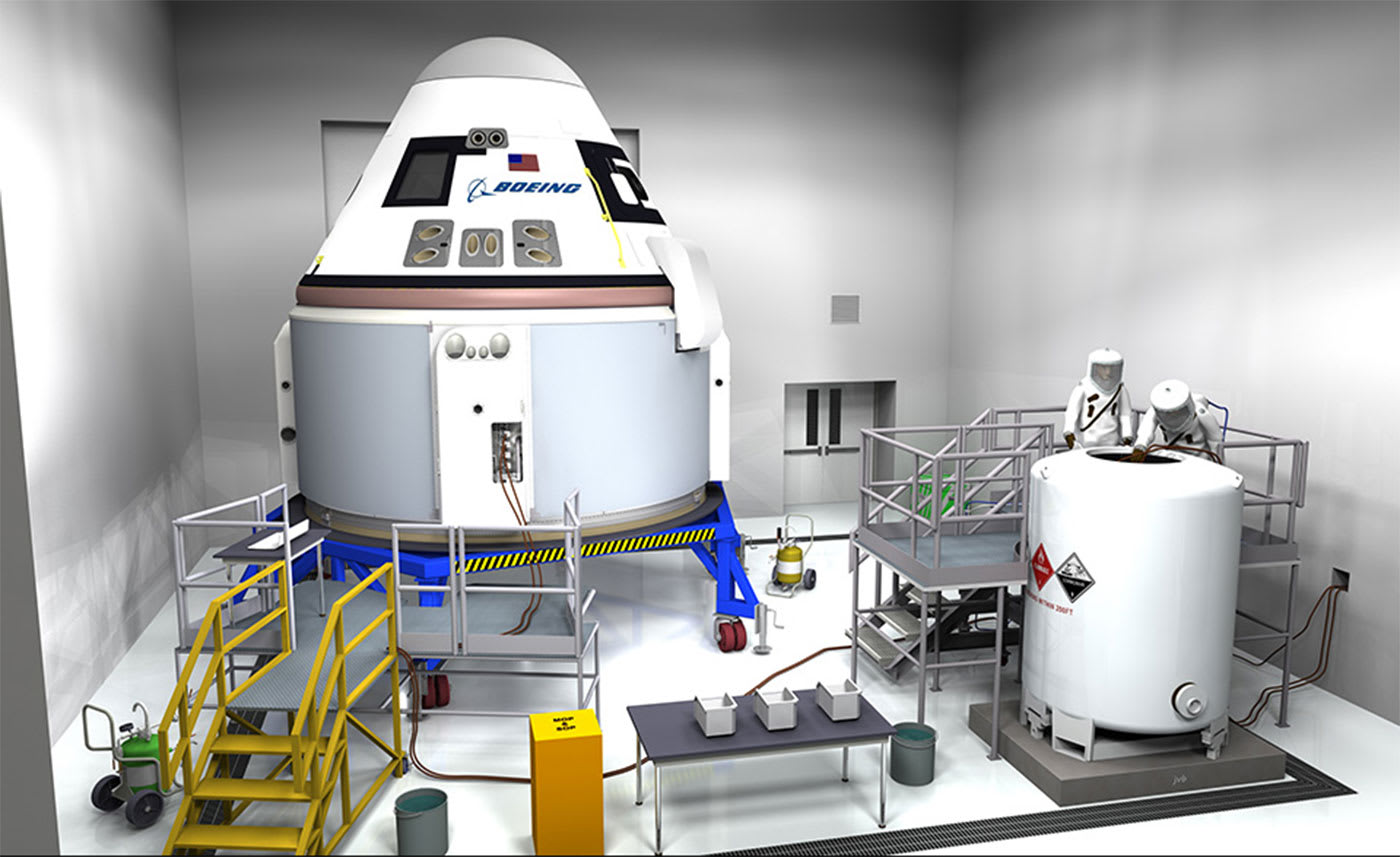 Boeing's CS-100 Starliner won't be ferrying astronauts to the ISS until December 2018 (or maybe even later), according to Aviation Week. The aerospace corp was supposed to help end NASA's dependence on Russia's Soyuz rockets by 2017, but it announced in May this year that its space taxi won't be ready until mid-2018. Unfortunately, Boeing has no choice but to delay that historic flight even further due to a handful of manufacturing issues.

Aviation Week says Boeing had to scrap one of the Starliner's major structural elements due to a design flaw. The company also experienced difficulties making the most complex components of the spacecraft. John Mulholland, Starliner's program manager, said his team already worked through these problems, but it took them a couple of months longer than expected. "When we were faced with these issues it was time for us to step back and say: 'Hey listen, we have to readdress [this] and say what's real and lay in where we are going forward'," he explained.

As a result, the unmanned orbital flight test that was originally going to take place in December 2017 is now scheduled for June 2018. Starliner's first ever manned flight that was supposed to launch in February 2018 now won't take place until August that year. NASA wasn't taken by surprise, though: the agency's Office of Inspector General spotted issues with the development of both the Starliner and SpaceX's Dragon 2 capsule. The office recently published a report saying it doesn't expect both companies to be able to take astronauts to the ISS before 2018.

NASA commissioned both Boeing and SpaceX to build space taxis that can take its astronauts to orbit back in 2012. The project originally aimed for a 2015 launch, but that proved to be unrealistic. Elon Musk's company has yet to reveal whether it's also pushing back the Dragon 2's first manned flight to the ISS, though. If it manages to stick to schedule, it'll be able send astronauts to the station as soon as 2017. But it's not out of the realm of possibility for SpaceX to follow Boeing's lead, considering one of its Falcon 9 rockets blew up on the launch pad in September.

Via: The Verge
Source: Aviation Week
In this article: applenews, boeing, cst-100, nasa, science, space, spacetaxi, starliner, TL17SPCSHP
All products recommended by Engadget are selected by our editorial team, independent of our parent company. Some of our stories include affiliate links. If you buy something through one of these links, we may earn an affiliate commission.