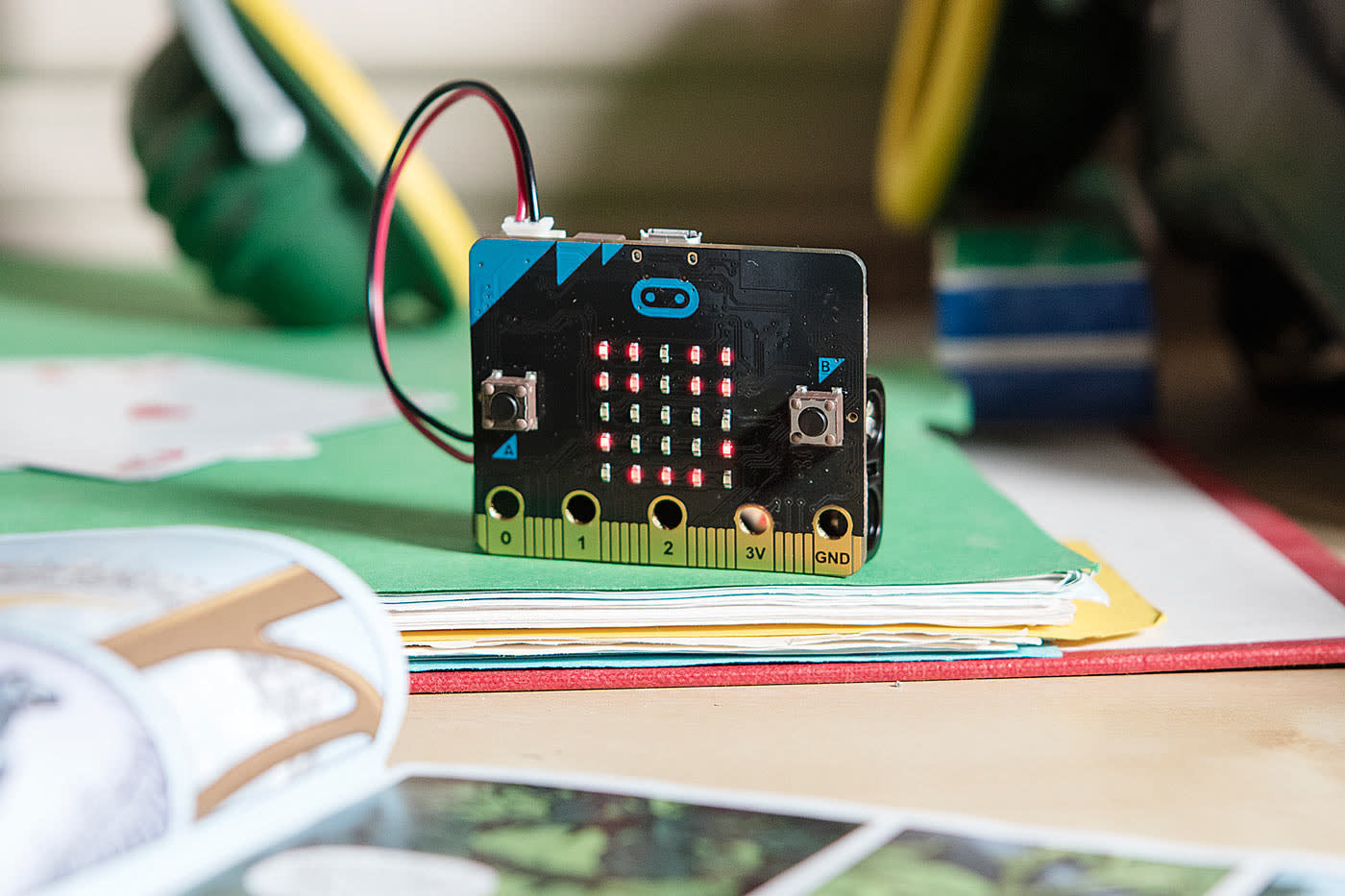 After a bit of a slow start, the BBC's mini computer, the Micro:bit, has now made its way to more than one million children across the UK. Designed to help bridge the computing skills gap and inspire more children to take up coding, the credit card-sized board has enjoyed support from some of the biggest names in technology including Samsung, Microsoft and ARM. With their help, the BBC confirmed today that the Micro:bit is going on a worldwide tour, thanks to the formation of a new non-profit called the Micro:bit Educational Foundation.

Sinead Rocks, Head of BBC Learning, explains that the Micro:bit was never meant to be a "flash in the pan." The Micro:bit Educational Foundation, much like the Raspberry Pi Foundation, exists to foster the development of maker culture, offering low-cost computing to people who would not normally engage in such projects. Now, the money made from the board will go towards sustaining the seven-person company, allowing it to focus on expanding sales of the Micro:bit to other countries.

According to Zach Shelby, the Foundation's new chief, the organization will expand sales of the Micro:bit across Europe and build Norwegian and Dutch versions of its coding tools to boost demand. Next year, the Foundation will look beyond to North America and China, targeting bigger markets with an upgraded version of the hardware.

Source: BBC
In this article: bbc, board, coding, diy, gear, maker, micro:bit, microbiteducationalfoundation, personal computing, personalcomputing
All products recommended by Engadget are selected by our editorial team, independent of our parent company. Some of our stories include affiliate links. If you buy something through one of these links, we may earn an affiliate commission.