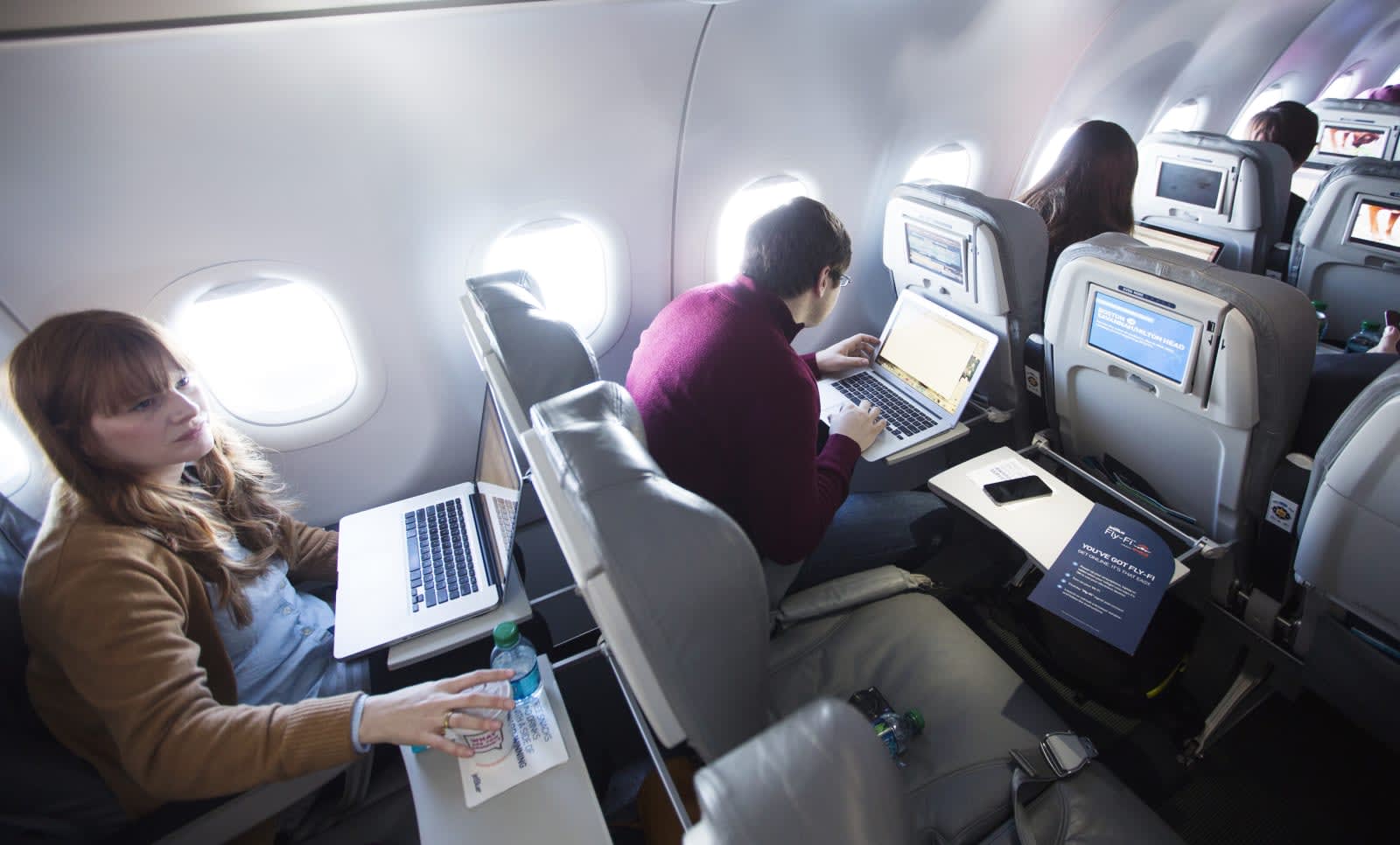 If you want faster WiFi when you fly and don't mind paying for it, American Airlines is upgrading its WiFi systems on over 500 domestic aircraft, according to Bloomberg. To get those speeds the carrier is dumping GoGo's terrestrial Ku-band internet service in favor of ViaSat. That company's satellite technology allows for faster surfing and streaming of services like Netflix and YouTube, something that's currently verboten with GoGo. The upgrades will start in 2017 and take up to two years to complete.

The move isn't a huge surprise, as American recently sued GoGo over its slow speeds. It later dropped the claim, however, and the company still plans to equip 130 aircraft with GoGo's much faster 2Ku satellite service. GoGo called the report "old news," saying it already warned investors that it would be dropped from up to 550 domestic flights in favor of ViaSat. American, meanwhile, told Bloomberg that "Gogo remains a valued partner," but said earlier that it reserves the right to drop it if the 2Ku service isn't up to snuff.

American is equipping another 100 new domestic aircraft with ViaSat, and also uses Panasonic's system on 60 international routes. Engadget judged ViaSat's 12Mbps service to be the best you can currently get in the air, even though it can drop out from time to time. Inflight WiFi is clearly becoming a tidy profit center for airlines. While Amazon Prime members can stream ViaSat for free on JetBlue, American charges $16 a day on domestic flights, and $19 on an international flights.

Source: Bloomberg
In this article: AmericanAirlines, entertainment, Gogo, In-flightWiFi, internet, TL18TAIRFI, Upgrade, Viasat, WiFI
All products recommended by Engadget are selected by our editorial team, independent of our parent company. Some of our stories include affiliate links. If you buy something through one of these links, we may earn an affiliate commission.