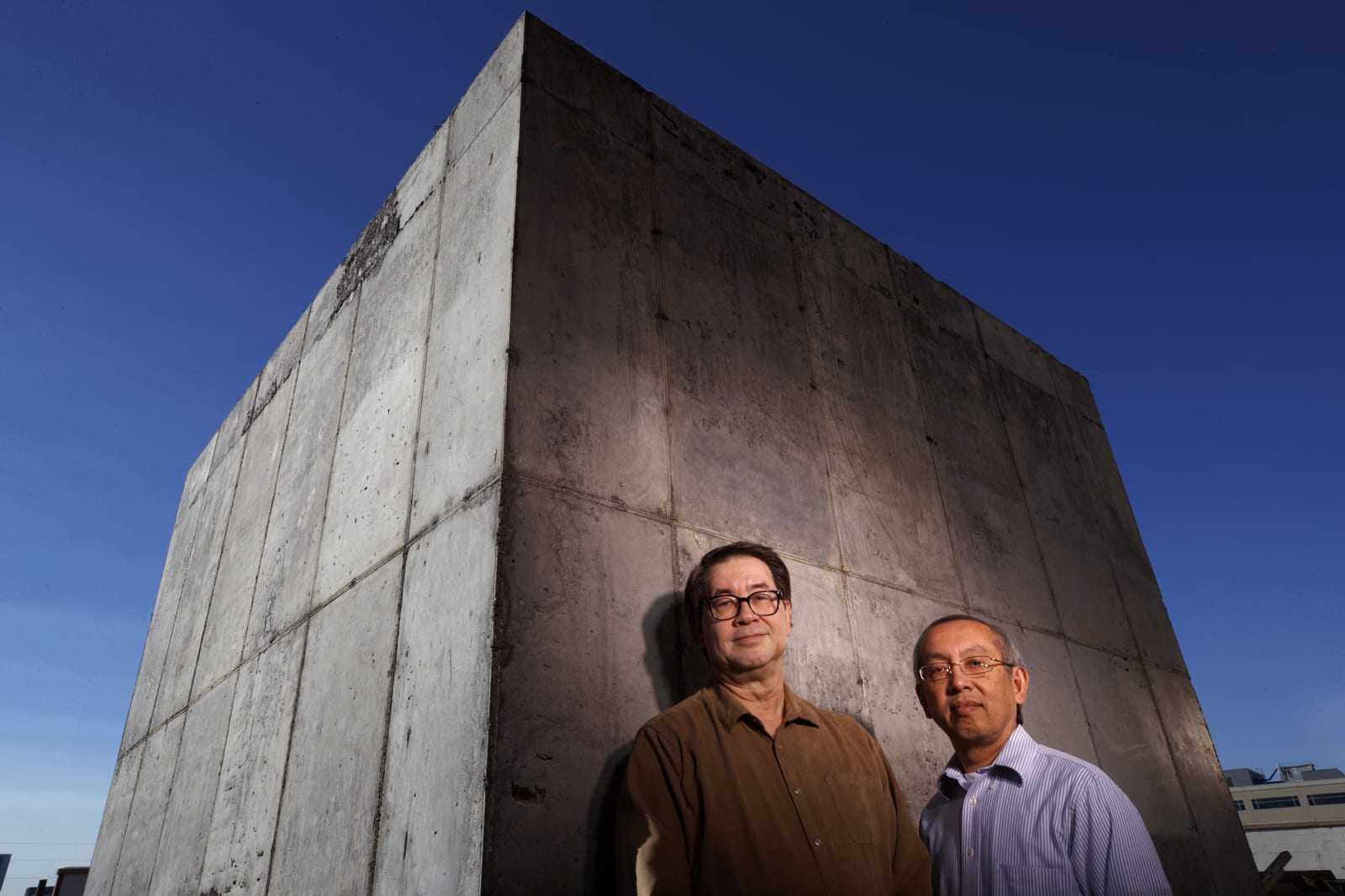 While the threat of an EMP attack knocking out electronics and sending the world into an apocalyptic spiral seems far off, it's good to know that someone is working to protect us from it anyway. University of Nebraska engineers Christopher Tuan and Lim Nguyen have successfully created a cost-effective concrete mix that acts as a shield against "intense pulses of electromagnetic energy" and protects any electronic devices inside.

The EMP-proof concrete has actually been adapted from Tuan and Nguyen's previous -- and slightly more pedestrian -- breakthrough: self-warming concrete that can melt ice and snow with a safe, low-level electrical current. The pair was originally working on a way to build safer roads and bridges when they realized their new concrete could also block electromagnetic energy.

That microwave-blocking property comes from a key ingredient in the concrete mix called magnetite -- an iron ore with magnetic properties that allow it to soak up radiation. Tuan and Nguyen also added in more carbon and metal elements than traditional concrete in order to boost the absorption even further. Compared to building expensive metal enclosures or faraday cages, the University of Nebraska-Lincoln says the new conductive concrete is much cheaper and easier to deploy, and a prototype structure built with the material exceeded the military's own shielding requirements. As part of a licensing agreement with American Business Continuity Group, the University has even developed a commercially available, spray-on "shotcrete" version, so the material can easily be used to retrofit older buildings and potentially vulnerable infrastructure.

Source: University of Nebraska-Lincoln
In this article: ChristopherTuan, conductiveconcrete, design, ElectroMagneticPulse, ElectroMagneticRadiation, emp, LimNguyen, science, security
All products recommended by Engadget are selected by our editorial team, independent of our parent company. Some of our stories include affiliate links. If you buy something through one of these links, we may earn an affiliate commission.