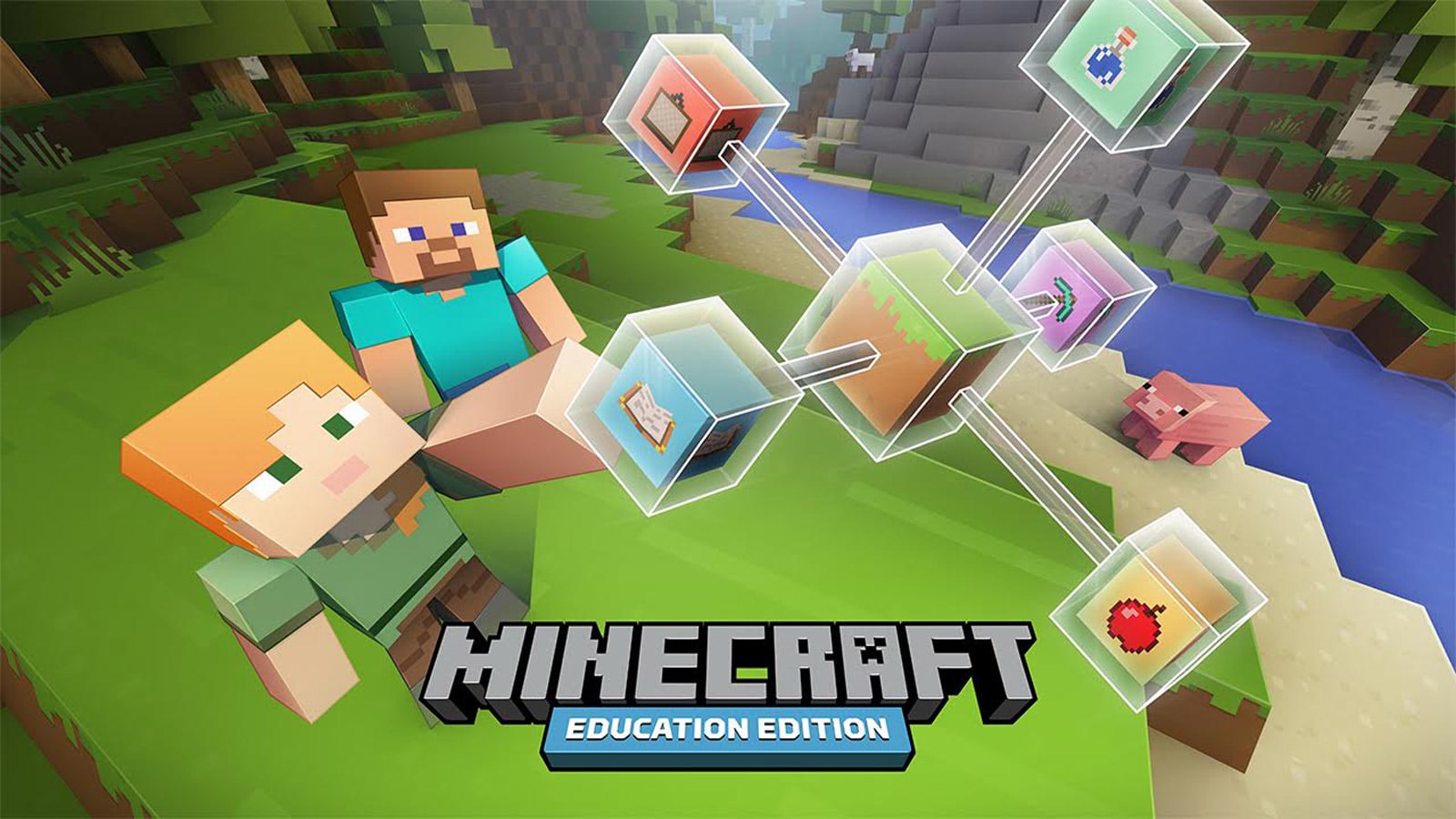 After offering teachers early access to Minecraft: Education Edition this summer, Microsoft's classroom-friendly version of the immensely popular sandbox game was formally launched at the beginning of November. Not everyone is keen on Minecraft being used as a teaching tool, though, and ahead of Microsoft's UK launch event tomorrow, behavior expert for the government's Department for Education Tom Bennett has voiced his skepticism to The Times. "I am not a fan of Minecraft in lessons. This smacks to me of another gimmick which will get in the way of children actually learning," Bennett said.

"Removing these gimmicky aspects of education is one of the biggest tasks facing us as teachers. We need to drain the swamp of gimmicks," he continued, mimicking some recent rhetoric from US President-elect Trump.

"I would say to teachers: 'Do you need to use this game or is there something that is cheaper and better - like books?' By offering a game and a gimmicky way of learning a subject, you run a real risk of children focusing on the wrong thing."

It's quite the damning opinion from a high-profile government advisor, but Bennett isn't alone in his views. Some argue that Minecraft can be a distracting classroom environment despite a teacher's best intentions, or that by adding structure to an inherently free game world, kids are more likely to tune out of the message.

On the other side of the fence, educators have been using Minecraft and talking up its value as a learning tool for several years now. Minecraft: Education Edition originally began life as MinecraftEdu, a custom version of the game being developed by TeacherGaming since 2011, before Microsoft took the reins in January this year. In addition to kids learning things like spatial awareness and problem-solving skills passively, the general idea is the sandbox world offers a collaborative and immerse classroom environment that students engage with better than a whiteboard.

Teachers are able to play god in the game world, and Minecraft has been used to help teach everything from coding to maths, art, social studies, geography and geology, history and other subjects that can benefit from an interactive visual aid. A teacher community has also developed around Minecraft, with educators discussing, collaborating on and sharing lesson plan resources online.

Games have traditionally been seen as entertainment, and playing them thought of as a leisurely activity, so it's no real surprise that some are against their presence in classrooms. And with the benefits of using the medium to teach hard to quantify, it's understandable that Bennett and those who share the opinion it's merely a gimmick might need some extra convincing.

Via: gameindustry.biz
Source: The Times (paywalled)
In this article: av, culture, education, gaming, microsoft, minecraft, minecraftedu, minecrafteducationedition, mojang, teaching
All products recommended by Engadget are selected by our editorial team, independent of our parent company. Some of our stories include affiliate links. If you buy something through one of these links, we may earn an affiliate commission.