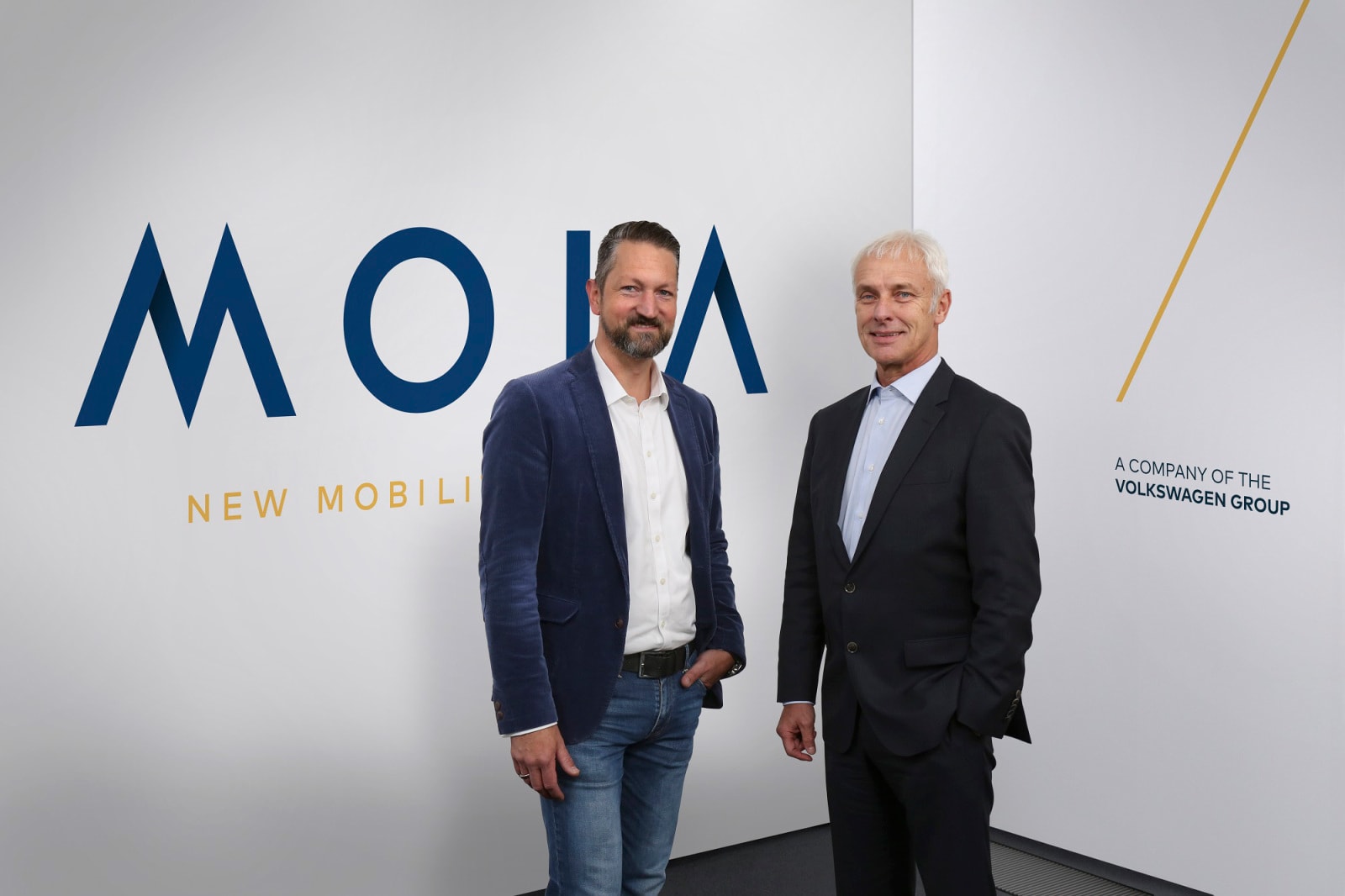 Like other automakers, Volkswagen sees the writing on the wall: it knows that there won't be as much of a reason to own a car in the future between ridesharing (like that of its partner, Gett) and self-driving cars. Accordingly, it's creating a company to prepare for that future. Moia (Sanskrit for "magic") is a new, stand-alone mobility firm that will offer services in between mass transit and personal car ownership. Conventional ridesharing is the "first step," VW says, but definitely not the only one.

One of its first major goals is to develop on-demand commuter services based around small, electric shuttles. Think UberPool or Lyft Line, but with dedicated vehicles and more space for passengers. Gett and other ridesharing companies would pick you up if you're the only one headed in a given direction. Ultimately, though, the plan is to offer autonomous on-demand transport. You wouldn't have to worry about getting around town when there's always a robotic ride just a few minutes away.

VW has high hopes: it wants Moia to have a "leading position" in the mobility service field by 2025, and it believes that the first pilot projects for self-driving services could arrive earlier than the commonly-cited 2021 goal. It's too soon to say how realistic those targets are, but the very creation of Moia is notable. It's an acknowledgment that VW's existing business model isn't guaranteed to last, and that it needs a team which won't feel pressured to prop up car sales. Also, it's another step in VW's bid to reinvent its image following its emissions cheating scandal -- it shows that the company is not only willing to embrace EVs, but reduce car ownership as a whole.

Via: TechCrunch
Source: Volkswagen
In this article: culture, gear, gett, moia, ridesharing, self-driving, self-drivingcar, services, transportation, volkswagen, vw
All products recommended by Engadget are selected by our editorial team, independent of our parent company. Some of our stories include affiliate links. If you buy something through one of these links, we may earn an affiliate commission.