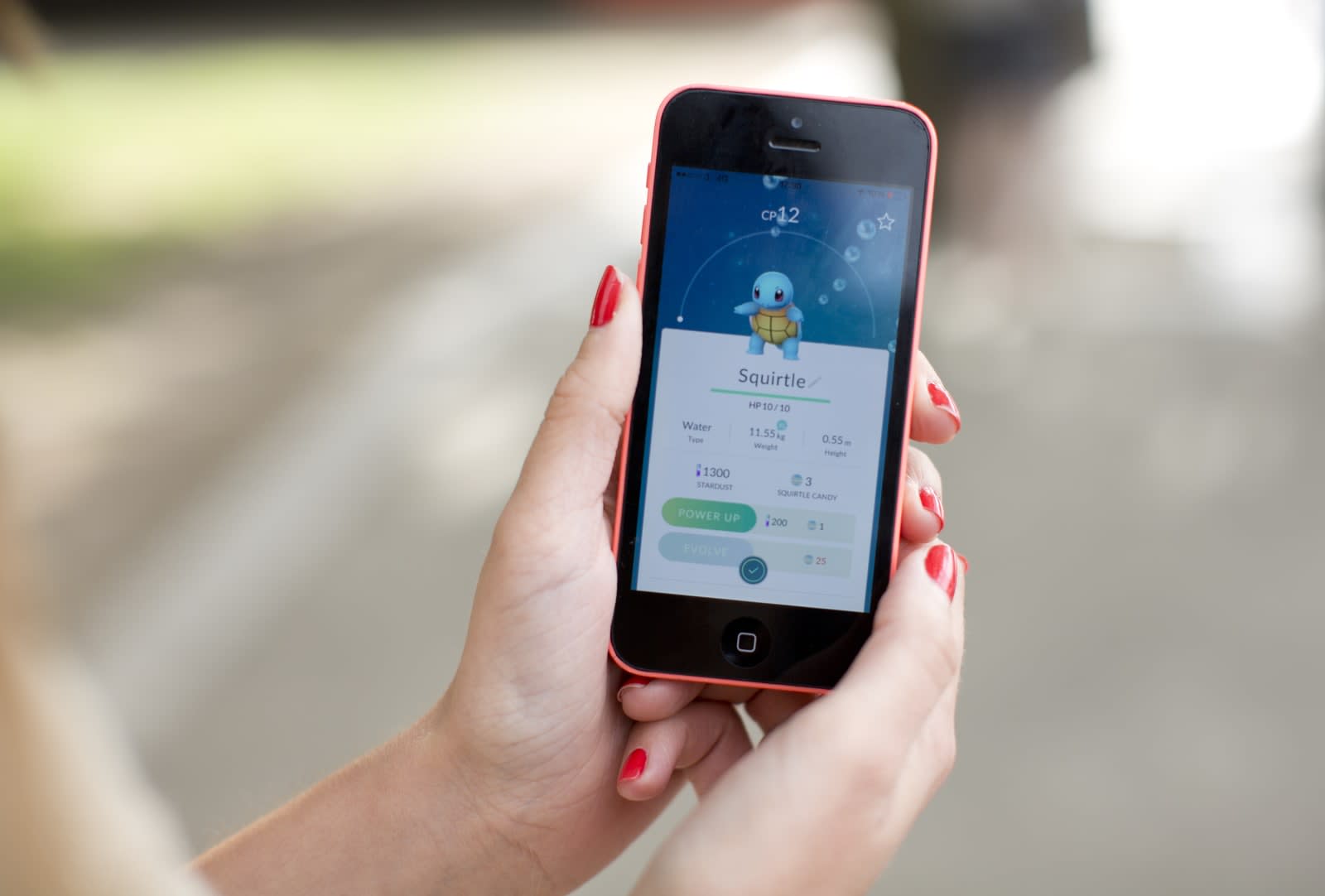 Pokémon Go is about to get bigger, according to a handful of Starbucks employee guides that found their way online early this week. The images have not been verified by Niantic, the Pokémon Company or Starbucks, but Reddit sleuths claim that verified Starbucks employees have vouched for their veracity.

"The world of Pokémon Go is about to expand with new Pokémon and a new Starbucks beverage!" the "Barista need-to-know" guide says. The flyers indicate that Pokémon Go's second generation will kick off on Thursday, December 8th.

In November, curious fans dove into Pokémon Go's data and found references to 100 creatures from Pokémon Gold and Silver, plus code for the shapeshifting Pokémon, Ditto. This little pink blob of a character hit Pokémon Go at the end of November.

The employee guide also outlines a new corporate partnership between Pokémon Go and Starbucks. On December 8th, the flyers say the majority of Starbucks stores across the United States will become PokéStops or Gyms, and they'll offer a new Pokémon Go-branded Frappuccino (which is basically a Vanilla Bean Frap with raspberry syrup and whole, freeze-dried blackberries). The drink will actually show up as an icon in Pokémon Go, apparently.

The guide prepares baristas for dealing with an influx of Pokémon Go players, some of whom may not order a drink while collecting Pokéballs and potions. Starbucks' advice is to "make the moment right and use your best judgement" in dealing with Pokémon Go tourists.

We reached out to Niantic for confirmation or clarification on the Starbucks guides, and were told the company doesn't comment on rumor or speculation. At least this particular rumor will be settled soon: Keep an eye on your Pokémon Go app this Thursday. 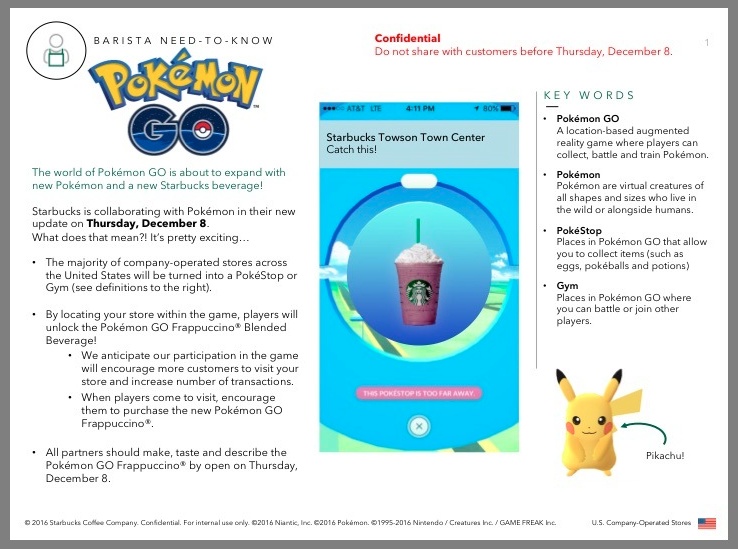 Update: Niantic announced that more info on new Pokémon is coming December 12th. There's no mention of an exact number or any other details, so we'll have to wait for the official word next week for more. The only thing we do know for sure right now is that the addition of more Pokémon is confirmed.

Via: Eurogamer
Source: /r/TheSilphRoad
In this article: av, gaming, niantic, NianticLabs, personal computing, personalcomputing, Pokemon, pokemongo, starbucks, thepokemoncompany
All products recommended by Engadget are selected by our editorial team, independent of our parent company. Some of our stories include affiliate links. If you buy something through one of these links, we may earn an affiliate commission.