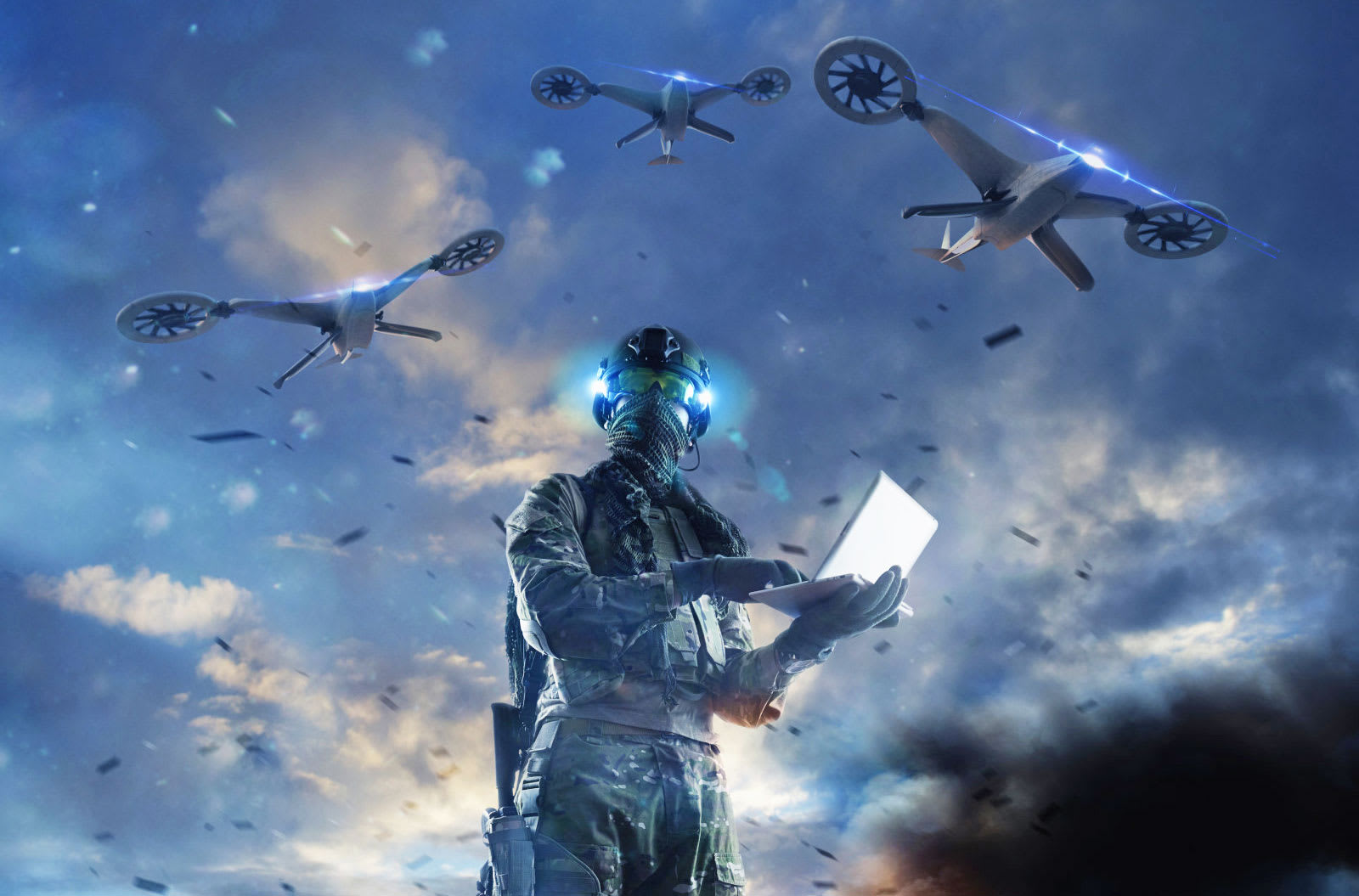 Urban areas continue to vex the US military as tall buildings and narrow streets keep impeding troop communications and tactics. While ground soldiers have used single drones for years, DARPA believes that a whole swarm could mitigate those disadvantages, giving units more eyes and guns. Since the military is currently unable to control such swarms, DARPA is launching a new program to develop both drone-wrangling tech and the tactics they'd need to assist soldiers in urban environments. Oh, and they want video gamers to playtest the best strategies.

The program, called OFFensive Swarm-Enabled Tactics (OFFSET), aims to produce over a hundred tactics to be used by systems of over a hundred unmanned air and/or ground drones. Developing a usable interface will be key, and researchers will consider using virtual and augmented reality along with gesture and voice commands.

To develop operational tactics and maneuvers, OFFSET will also make "a physics-based, swarm tactics game," according to a DARPA press release. The networked game seems like a competitive playground, letting users explore different methods and submit their tactics and performance to a leaderboard for bragging rights. They even want players to interact and swap tactics, building a community of playtesters to mix-and-match collective behaviors and algorithms to hone the best ways to control drone swarms.

"With the technologies and tactics to be developed under OFFSET, we anticipate achieving a deeper understanding of how large numbers of increasingly autonomous air and ground robots can be leveraged to benefit urban warfighters," DARPA program manager Timothy Chung said in the press release. "If we're successful, this work could also bring entirely new scalable, dynamic capabilities to the battlefield, such as distributed perception, robust and resilient communications, dispersed computing and analytics, and adaptive collective behaviors."

Via: Defense One
Source: DARPA
In this article: darpa, drone, gadgetry, gadgets, gear, OFFSET, robots, security, UAV, UsMilitary
All products recommended by Engadget are selected by our editorial team, independent of our parent company. Some of our stories include affiliate links. If you buy something through one of these links, we may earn an affiliate commission.