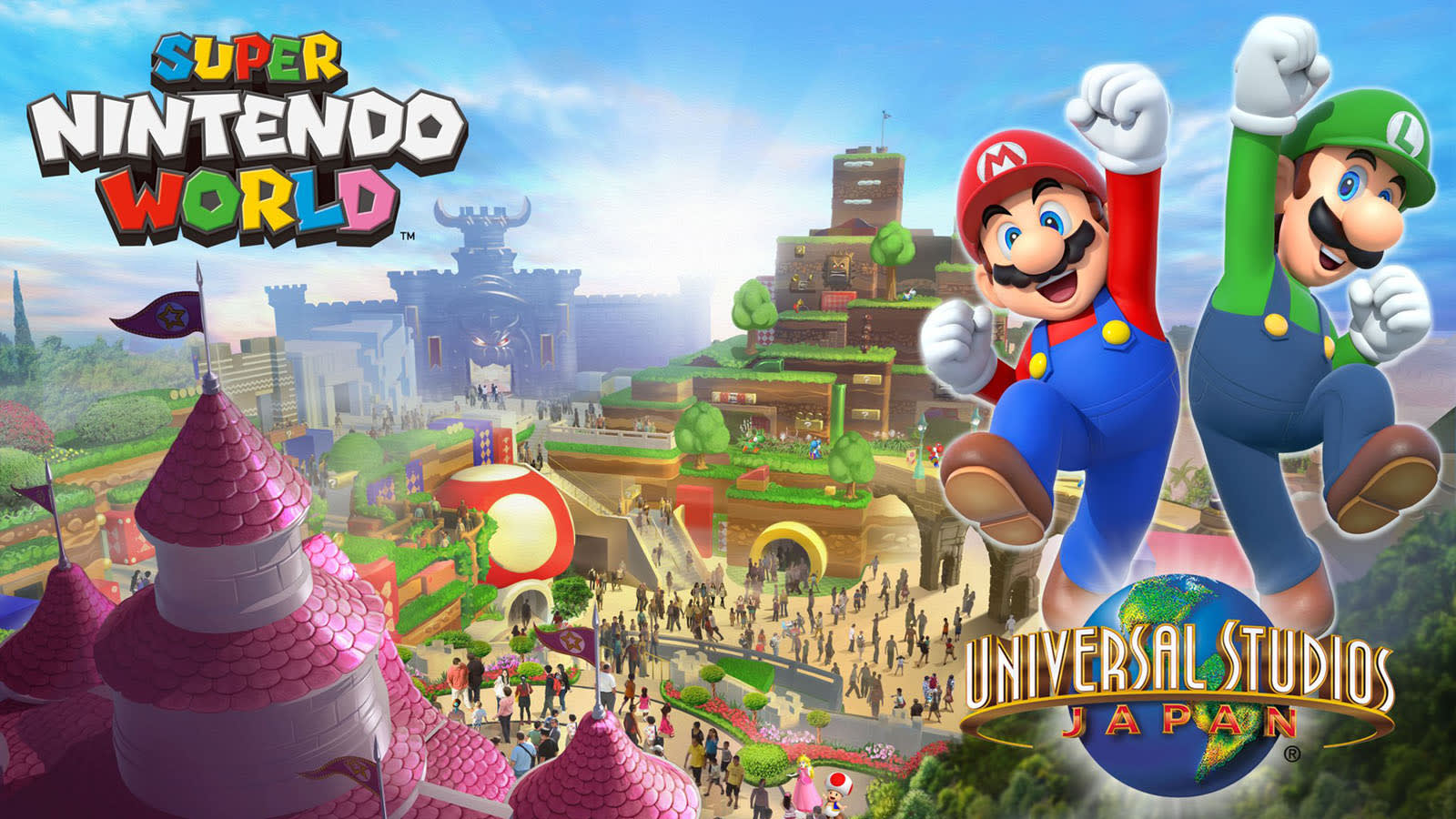 Nintendo will launch the Super Nintendo World park attraction at Universal Studios Japan, the two companies revealed. The themed area will open in time for the 2020 Tokyo Olympics, with similar attractions coming later to Hollywood and Orlando in the US. Nintendo first revealed news of the attractions last year, and in November announced the three locations. It has now added more details, saying the park attraction will have "state-of-the-art rides, interactive areas, shops and restaurants, all featuring Nintendo's most popular characters and games."

Naturally, that means Super Mario and associated friends, along with other "globally popular Nintendo characters," according to Nintendo. The teaser image in the tweet below shows Mario and Luigi, and if you zoom in a bit, you can see Disney-like mascots for Peach and Toad. It also shows the castles of Princess Peach and Bowser on each side of the park. The characters and attractions will be developed "at the highest level of quality" by Universal Studios and Nintendo's creative fellow (and gaming talent judge) Shigeru Miyamoto himself.

The price of the development is expected to exceed 50 billion yen, or around $433 million, the companies say. The attraction will use Universal Studios Japan land currently designated for parking and future expansion. Nintendo optimistically estimates that Super Nintendo World will bring over a million jobs to Japan within a decade after it opens.

#SUPERNINTENDOWORLD featuring attractions based on many Nintendo titles is coming to Universal Studios Japan! pic.twitter.com/NcmxK0GAZ6

Via: Polygon
Source: Nintendo (Twitter), Universal Studios
In this article: business, culture, gaming, Japan, nintendo, ParkAttraction, SuperMarioBros, SuperNintendoWorld, UniversalStudios
All products recommended by Engadget are selected by our editorial team, independent of our parent company. Some of our stories include affiliate links. If you buy something through one of these links, we may earn an affiliate commission.