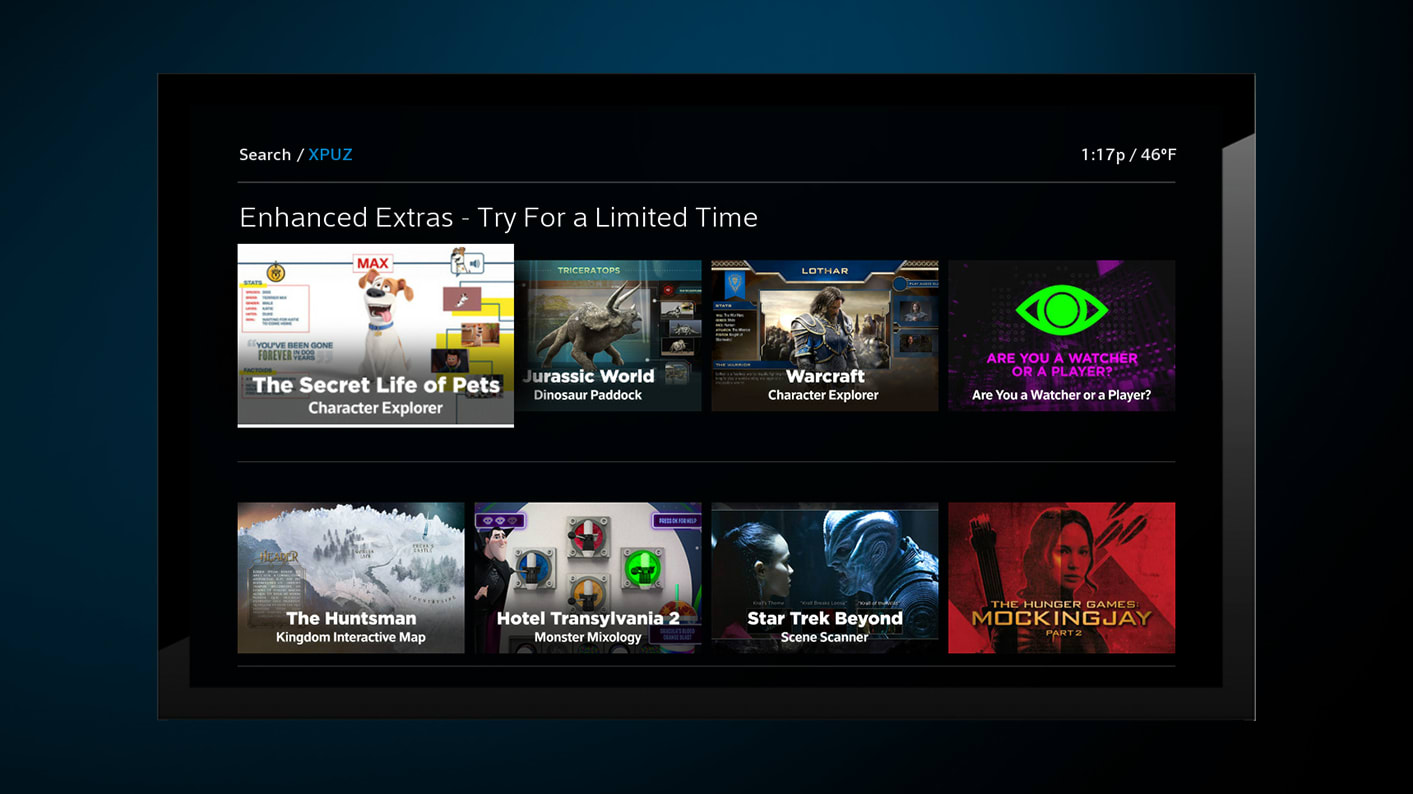 Who doesn't love having movies explained to them in real time? Comcast announced on Friday that is is collaborating with a number of major Hollywood studios including Paramount, Universal, Lionsgate and Sony to create a new way to watch movies at home. The company's forthcoming "Enhanced Extras" feature will enable viewers to "explore, connect and engage with a wide variety of online content" -- while the film is playing.

The Enhanced Extras feature will be available for Comcast X1 customers. The company is launching a 10-day free trial that runs December 16th through 25th for digitally purchased films including Secret Life of Pets, Jason Bourne, Mockingjay Part 2, Star Trek Beyond, Hotel Transylvania 2, Underworld, Nerve and Warcraft. Comcast plans to expand it to more titles and studios throughout 2017.

The added content will include "games, maps, 360-degree maps and set tours" as well as photo galleries and video clips that will automatically update throughout the film. That way, rather than simply sit still for two hours and watch the film like you're supposed to, you'll be able to pause it every couple of minutes and dig through all these extraneous distractions instead. It'll be like watching Resevoir Dogs with the director's commentary turn on except that Quentin Tarantino is in charge of the remote and desperately needs to show you this one cool video on his phone real quick.

Source: Comcast
In this article: av, Comcast, entertainment, Hollywood Studios, Hotel Transylvania 2, internet, Jason Bourne, Lions Gate Entertainment, Quentin Tarantino, Reservoir Dogs, Star Trek Beyond, Underworld, Universal Studios, Warcraft, X1, Xfinity
All products recommended by Engadget are selected by our editorial team, independent of our parent company. Some of our stories include affiliate links. If you buy something through one of these links, we may earn an affiliate commission.