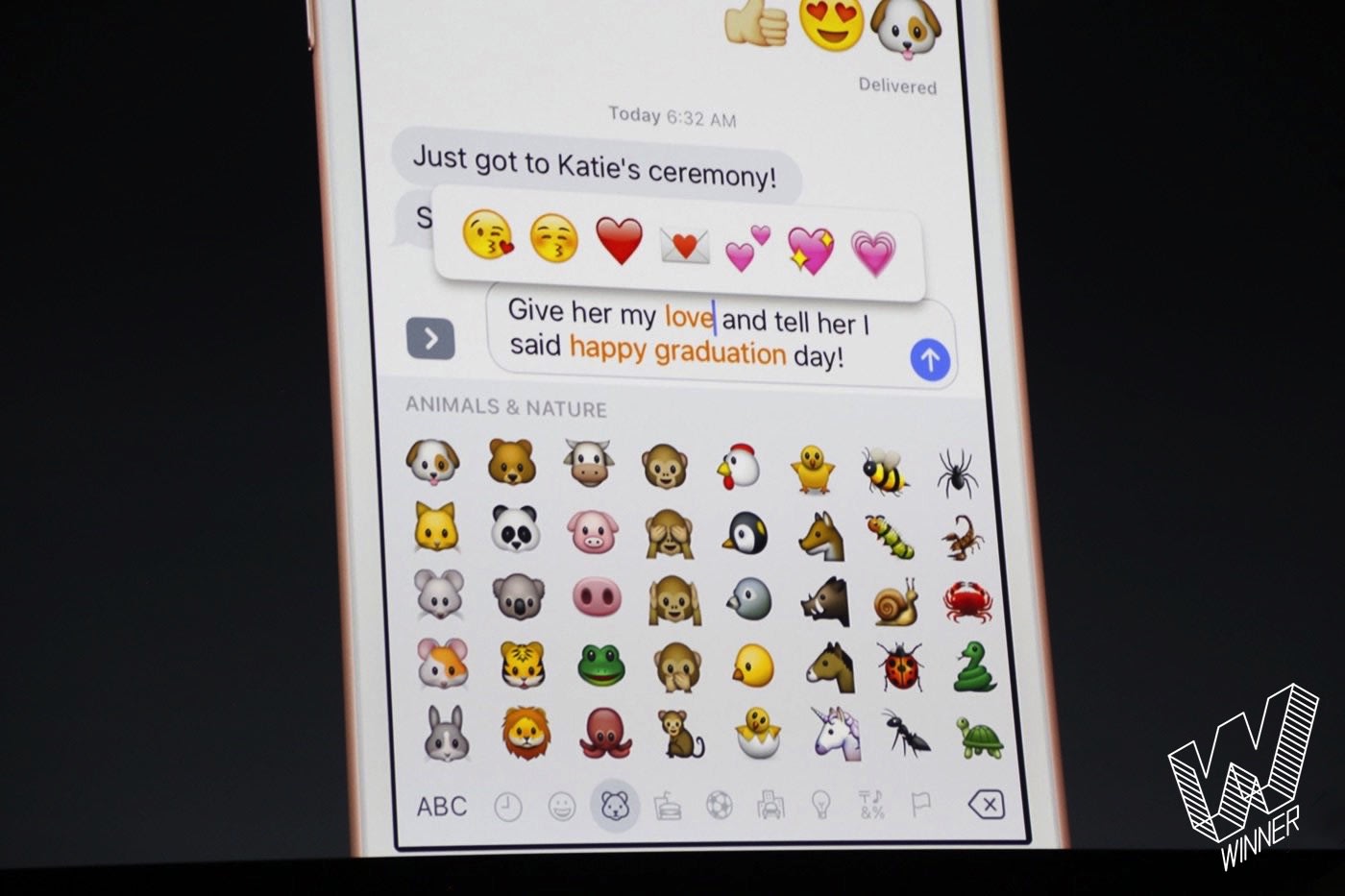 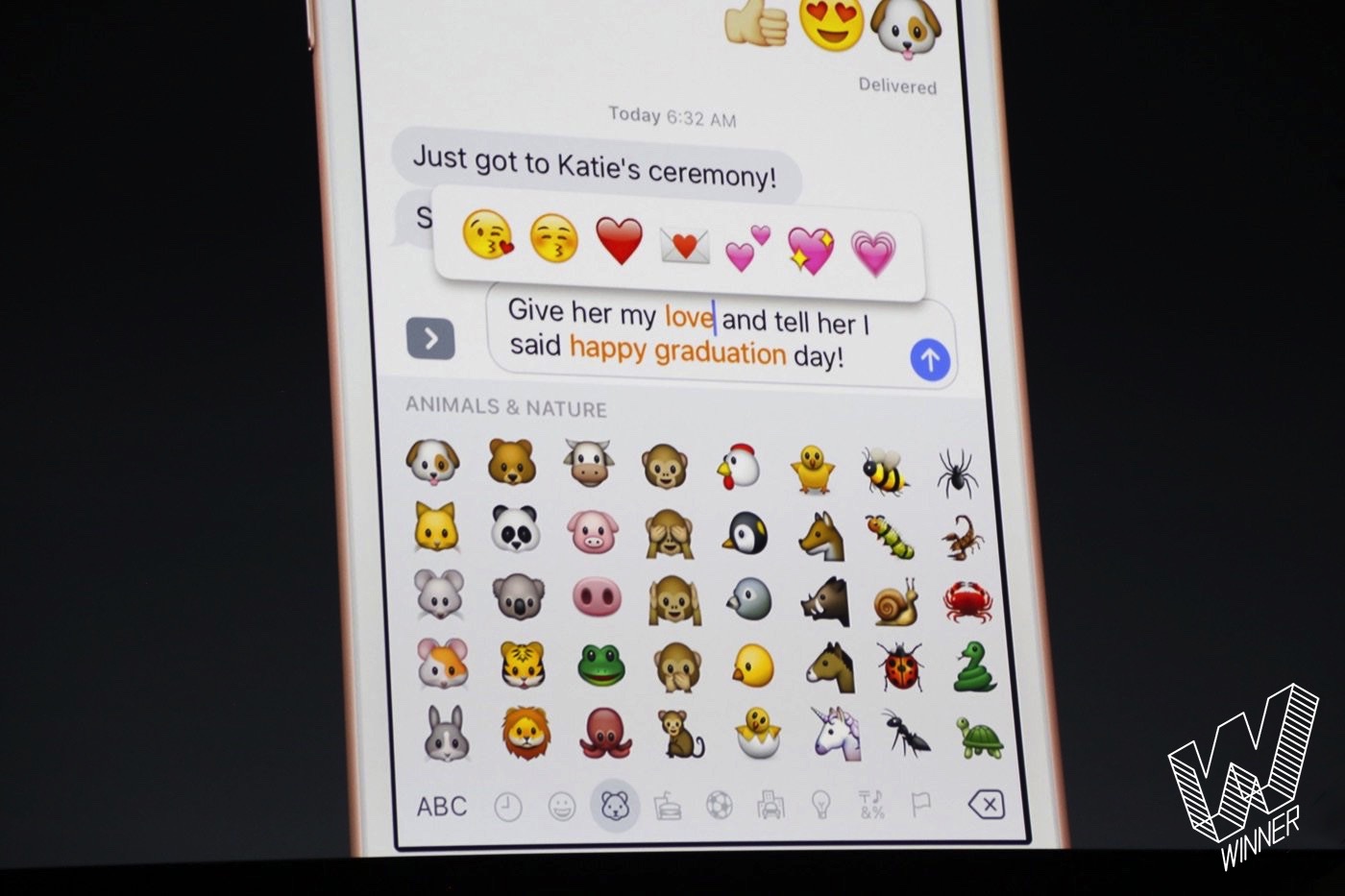 In addition to everything else that happened in tech this year, something small, cute and unassuming wormed its way into your smartphone, your social network and even your MacBook keyboard. While emoji have been around a while, this was the year these pictographs firmly lodged themselves into our lives. It's become less like immature shorthand and more like another language.

Apple and Google both showed they were both taking the tiny icons seriously. The iPhone's iOS 10 added search and predictive features for emoji to its keyboard, making it even easier to inject winks and explosions into everything you type. (Apple also added emoji functions to the OLED Touch Bar on its new MacBook Pro.)

Google took it even further, with its latest Android keyboard and gBoard on iOS both including predictive emoji. The company even baked them into its new AI assistant, Allo. The assistant can play emoji-based movie guessing games. In fact, the internet juggernaut has a real emoji crush: In early December, its main Twitter account even started offering local search results if you tweeted an emoji at it.

Granted, the results are ... mixed. It won't be replacing Yelp anytime soon, but it demonstrates how emoji are moving beyond their quick-and-dirty text-message roots.

Quicker access to emoji on your phone also comes at a time when most of our digital interactions (or at least mine) happen through smartphones. It's become easier to use emoji, and new uses are introduced all the time. GoDaddy launched a service that allows you to create and register website addresses written purely in emoji. It could open a new wave of easily memorable sites -- and there's no shortage of emoji combinations available.

Perhaps the biggest challenge in use of emoji is how open to interpretation many of the pictograms are. More than the written or spoken word, emoji can be easily misunderstood -- a fact compounded by the subtle visual differences between identical symbols in different emoji fonts. Send an iPhone emoji to someone using Google hangouts on a PC, and they might not pick up the exact same meaning.

They can also deliver entirely new uses, beyond the simple word was once meant to represent. There's a reason for the popularity of the eggplant emoji and it has nothing to do with moussaka.

This vagueness and playfulness is part of their charm; some things are just funnier or easier to say in emojis. Occasionally, they can be haunting:

It's not all frivolity and euphemisms. Updates to the emoji series attempt to better represent modern culture and society. Unicode's latest character set for 2016 had a strong focus on gender and jobs, offering dancing bunny-boys and female police officers in an effort strike a better balance between the sexes. It even added the option of a third, gender-neutral option -- although that's apparently proved more difficult to visually express. 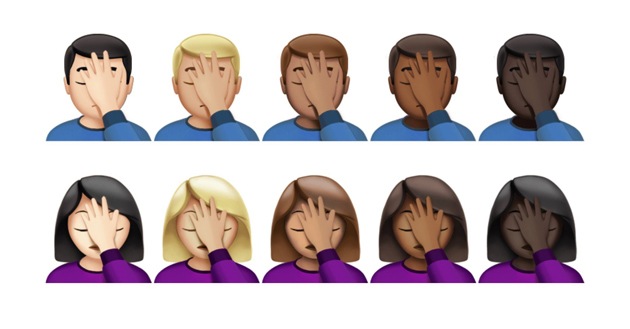 This year, Sony Pictures announced that it's making a CGI feature film based entirely around emoji. It sounds like a terrible idea, but the studio believes it can make money from it. (There might even be more than one movie.)

The effect of emoji has even been noted by one of the world's most prestigious design museums, with the Museum of Modern Art inducting emoji earlier this year. The debut set of symbols, designed for Japanese phone carrier Docomo back in 1999, is now filed under the same roof as the works of van Gogh and Dali. Used at the time to convey the weather and other messages (in a character-frugal way), the symbols were soon copied by other Japanese carriers, but it took another 12 years before they were translated into unicode in 2010, which Apple then expanded when it launched the original iPhone the following year.

So have we reached peak emoji? The initial set of low-pixel characters totaled 176. Now, at the end of 2016, there's over 1,300 of them -- and no shortage of new suggestions.

Check out all of Engadget's year-in-review coverage right here

In this article: apple, art, culture, design, emoji, emojis, emoticons, entertainment, gear, google, internet, winners2016, yir2016
All products recommended by Engadget are selected by our editorial team, independent of our parent company. Some of our stories include affiliate links. If you buy something through one of these links, we may earn an affiliate commission.