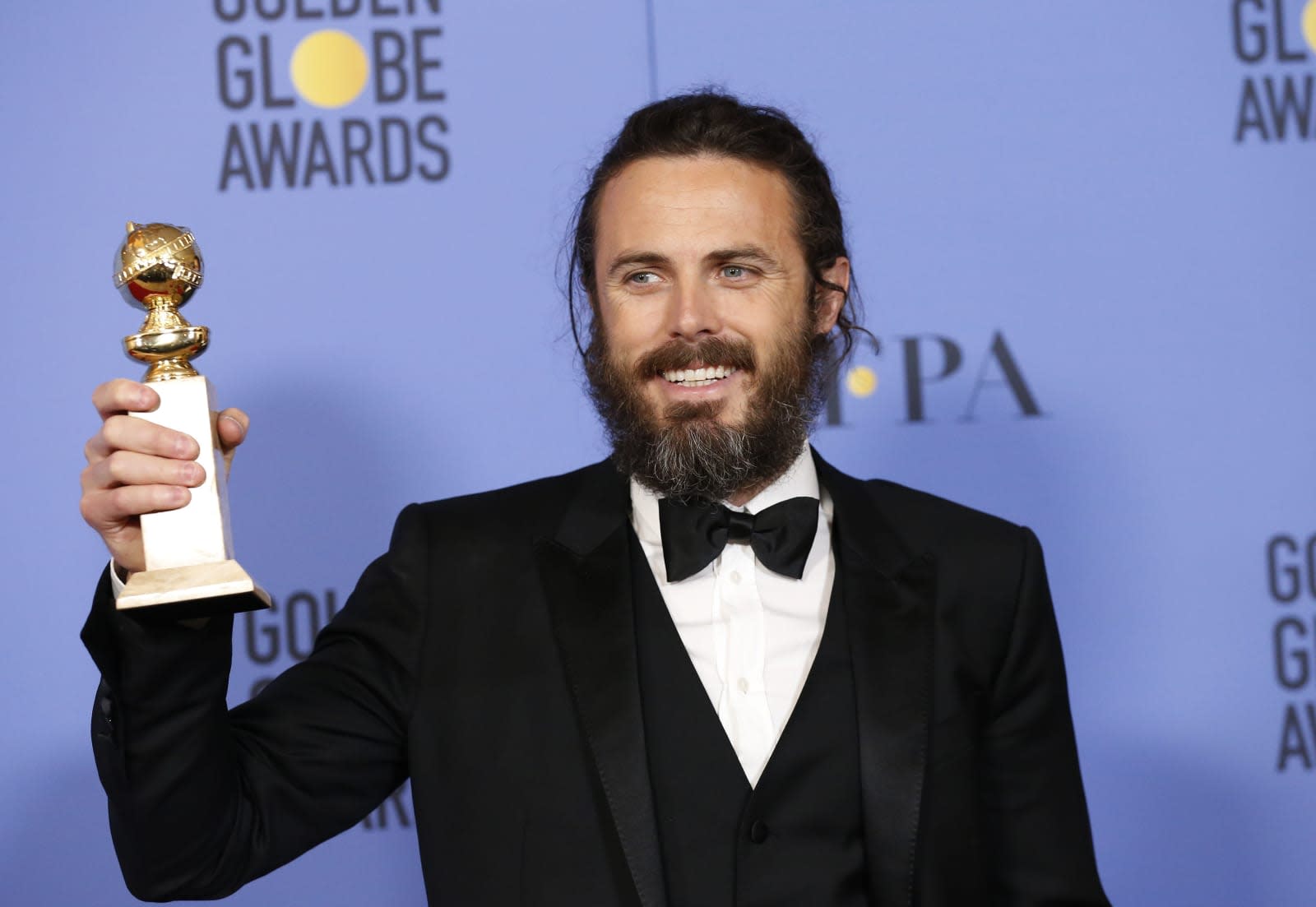 Casey Affleck won a best-actor Golden Globe for his performance in Manchester by the Sea, marking the first time Amazon Studios has received a major film category award. It picked up rights to the film, directed by Kenneth Lognergan and produced by Matt Damon, last year at Sundance for $10 million. Amazon has a pretty good chance of snagging an Oscar next month too, as Affleck is the front-runner for best actor in that competition

Billy Bob Thorton also scored Amazon Video a Globe, winning best actor in a TV series as Billy Mcbride in the legal drama Goliath. As proof the company has arrived in Hollywood, host Jimmy Fallon pointed out Jeff Bezos in the audience during the broadcast and noted, "he actually arrived yesterday, but there was no one around to sign for him."

Streaming arch-rival Netflix also snagged two Golden Globes, winning twice on The Crown for best drama series and best actress (Clair Foy). That makes four total for Netflix (it won in 2014 and 2015 for House of Cards) next to six for Amazon, which won two for Transparent in 2015, two in 2016 for Mozart in the Jungle and two this year.

Amazon is just the distributor for Manchester by the Sea (along with Roadshow Pictures), and not responsible for production. So far, no Amazon Original films have won any major prizes, though it only started producing them in 2015 with Spike Lee's Chi-Raq. The retail giant was savvy enough to attach its name to Manchester, though, and planned a theatrical release and awards campaign from the get-go. If the film does pick up on Oscar, it'll not only garner Amazon a ton of publicity, but early streaming rights to its own prestige project.

In this article: amazon, av, awards, CaseyAffleck, entertainment, FilmCategory, GoldenGlobes, ManchesterByTheSea, Streaming
All products recommended by Engadget are selected by our editorial team, independent of our parent company. Some of our stories include affiliate links. If you buy something through one of these links, we may earn an affiliate commission.