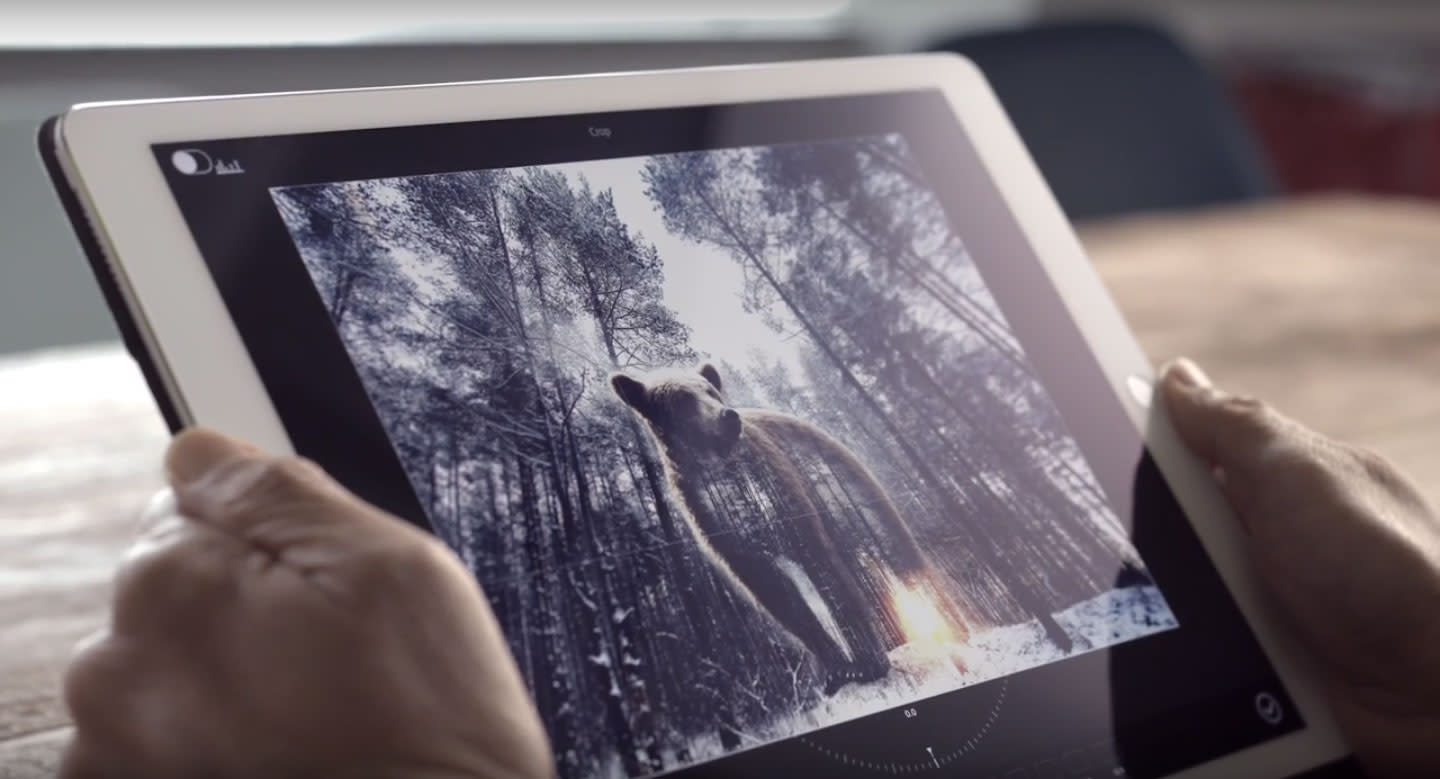 If CES was any indication, voice control and virtual assistants will rule in 2017. While some companies seem to be adding the tools just for the sake of doing so, others are finding some implementations that could actually be useful. Adobe falls into the latter category and the company is showing off what it calls "a first step" towards voice-controlled edits in its design apps.

In a short YouTube clip, a man uses an Alexa or Siri-like virtual assistant to lend a hand with some basic edits. When directed to do so, the software crops and flips an image on an iPad before taking a step back. It also helps the user share the final photo to Facebook. Adobe says its research team is currently exploring the idea and that the software can accept voice cues locally on a device or through a cloud-based natural language service.

The company explains that the addition of voice gives users "an easy and engaging way" to make tweaks to images on a mobile device. There's no mention of desktop apps, but voice controls are perhaps better suited for assisting with those on-the-go edits. A virtual assistant will likely do just fine with basic things, but more complex edits will probably be left to desktop users to complete manually. Based on the video clip, it could also be faster to just do it yourself in some cases.

Adobe has been keen on adding powerful features to its mobile apps for a while now, so perhaps voice will be one of the new tools it will introduce in 2017. Of course, there's no guarantee the company will bring the tool to one of its apps from the current prototype stage either. For now, you can see the early stages of the project in action via the video below.

In this article: adobe, editing, gear, intelligentassistant, mobile, photography, photoshop, TL17VCECTRL, virtualassistant, voice, voicecontrol
All products recommended by Engadget are selected by our editorial team, independent of our parent company. Some of our stories include affiliate links. If you buy something through one of these links, we may earn an affiliate commission.