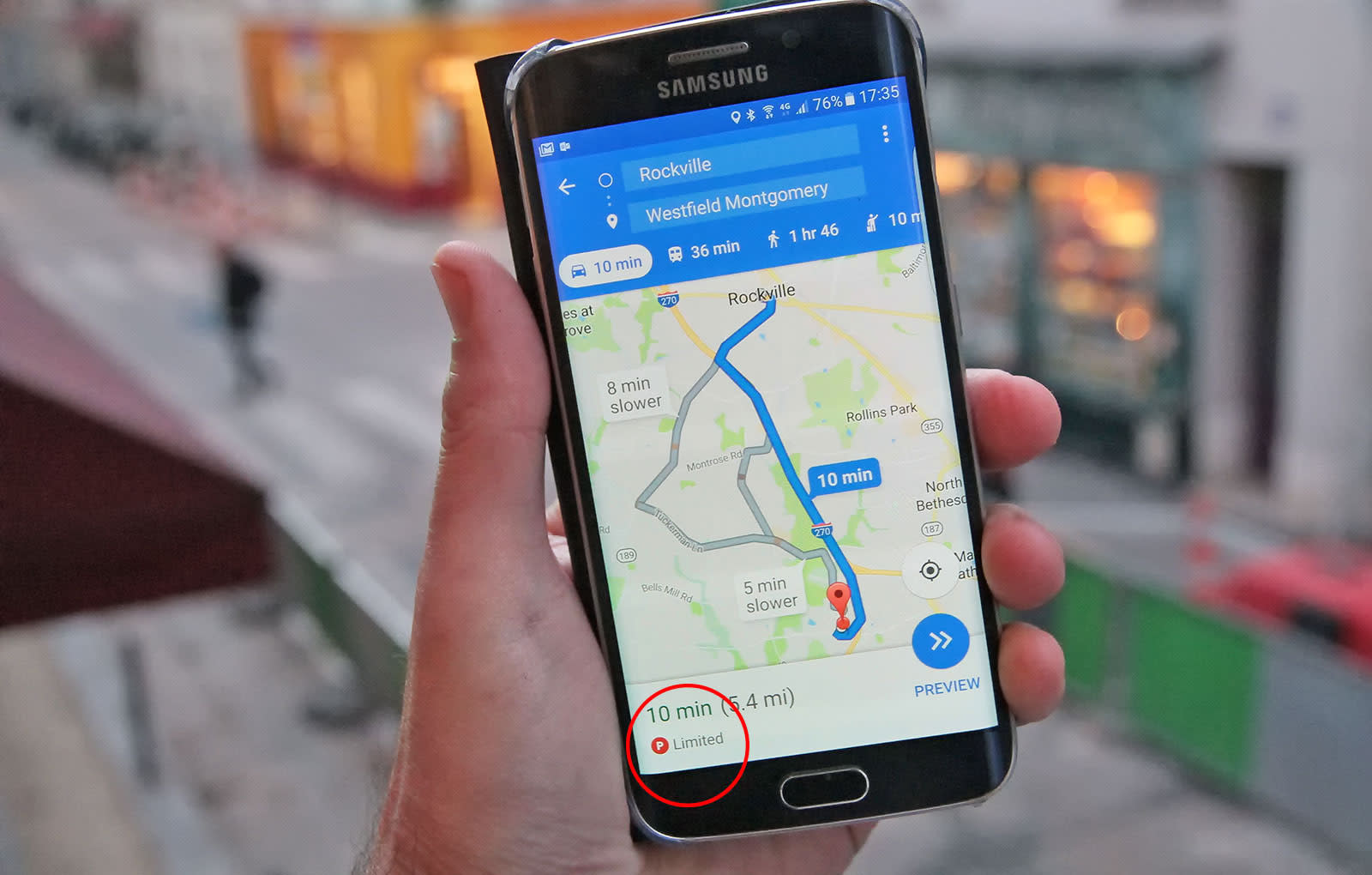 Google Maps can already tell you how congested your drive will be, but how about when you arrive? It looks like the app is about to give you at least a decent idea about the parking situation, thanks to a new feature spotted in the latest 9.44 beta by Android Police. Availability of spaces at a selected destination is shown as "easy," "medium" and "limited," with the latter situation highlighted in red. Once you start navigating, it'll give further details in the instructions, indicating that parking around your arrival address is "usually not easy" or "limited," for instance.

Waze and Inrix touted a similar feature last September, so Google may be trying to ensure that it at least keeps up. Waze's app can actually find you a spot, however, while Google's app just gives a general overview of the situation. It's not clear yet how Google is getting the data.

I downloaded the app and parking availability didn't work anywhere I tried in Paris, France, and Ars Technica says it's not appearing in the New York/Long Island area either. However, it did show up for me at the destinations that Android Police's tipster tried (somewhere in Maryland, I think). So far, locations seem to be limited to malls, airports and other public spots, which is not surprising considering that the feature is still in beta. It may work for you, though -- you can download it from the APK Mirror if you're feeling adventurous, or wait for the official release.

In this article: gear, google, GoogleMaps, GPS, mobile, navigation, parking, services, video
All products recommended by Engadget are selected by our editorial team, independent of our parent company. Some of our stories include affiliate links. If you buy something through one of these links, we may earn an affiliate commission.