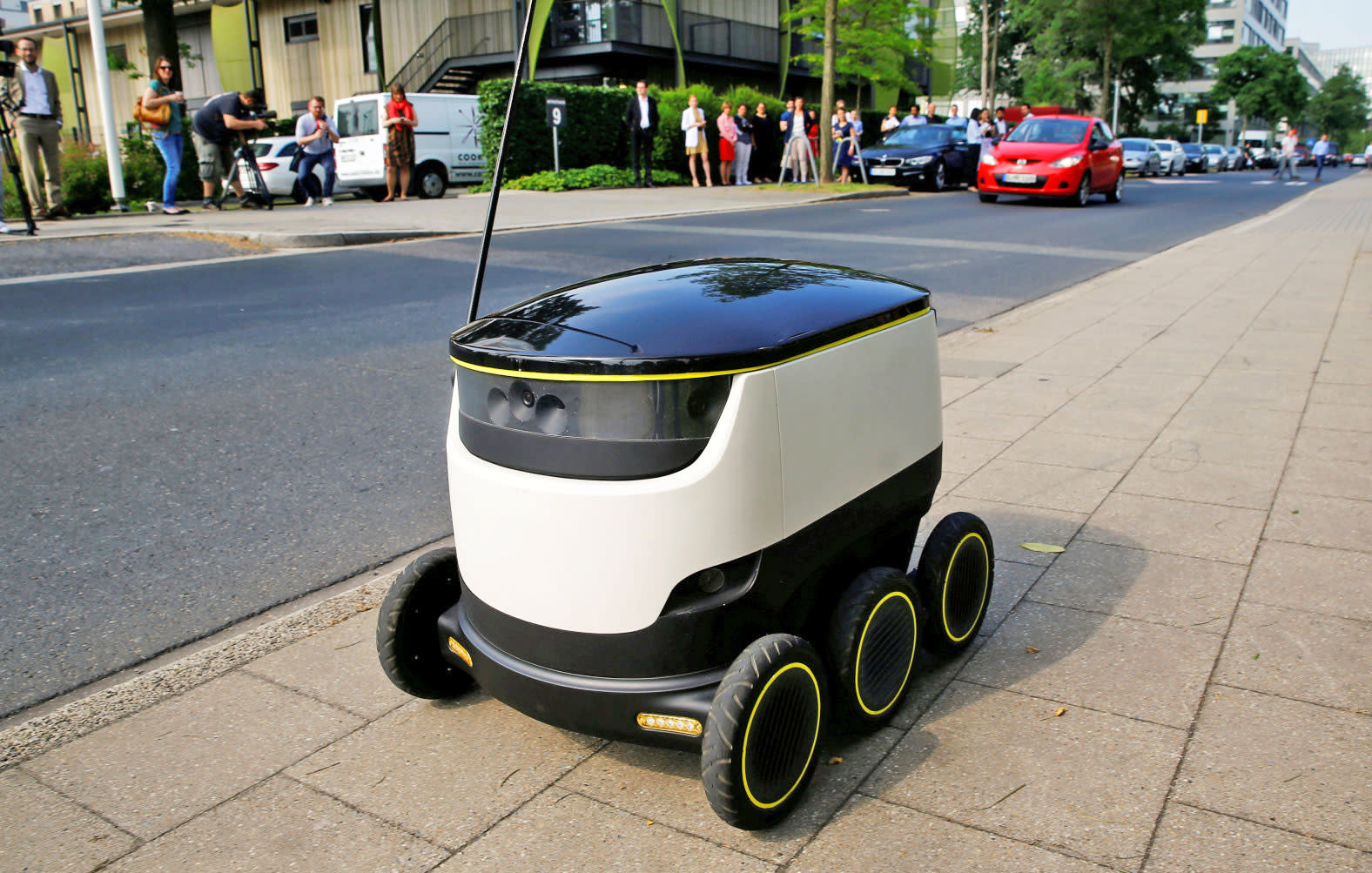 Starship's autonomous delivery robots have found work outside of the US, but they're now ready to come Stateside. DoorDash and Postmates have forged partnerships that will have them respectively test Starship robots in Redwood City, California and Washington, DC. As elsewhere, they'll carry food orders and packages with only the most basic of human oversight -- someone will watch over them in case they run into trouble, but they can largely roll along city sidewalks on their own.

Both of the new partners aren't expecting robots to become their primary couriers, even if the technology and legal permissions work entirely in their favor. It depends on cultural acceptance of robots, and humans have their own advantages (such as traveling by car). However, robots might be particularly useful for fulfilling those orders that humans don't like to cover. DoorDash's Stanley Tang tells TechCrunch that robots could deliver small, nearby orders that can be annoying -- human couriers could focus on larger and longer-distance orders.

In this article: courier, culture, delivery, doordash, gear, internet, postmates, robot, robots, services, starship, starshiptechnologies
All products recommended by Engadget are selected by our editorial team, independent of our parent company. Some of our stories include affiliate links. If you buy something through one of these links, we may earn an affiliate commission.