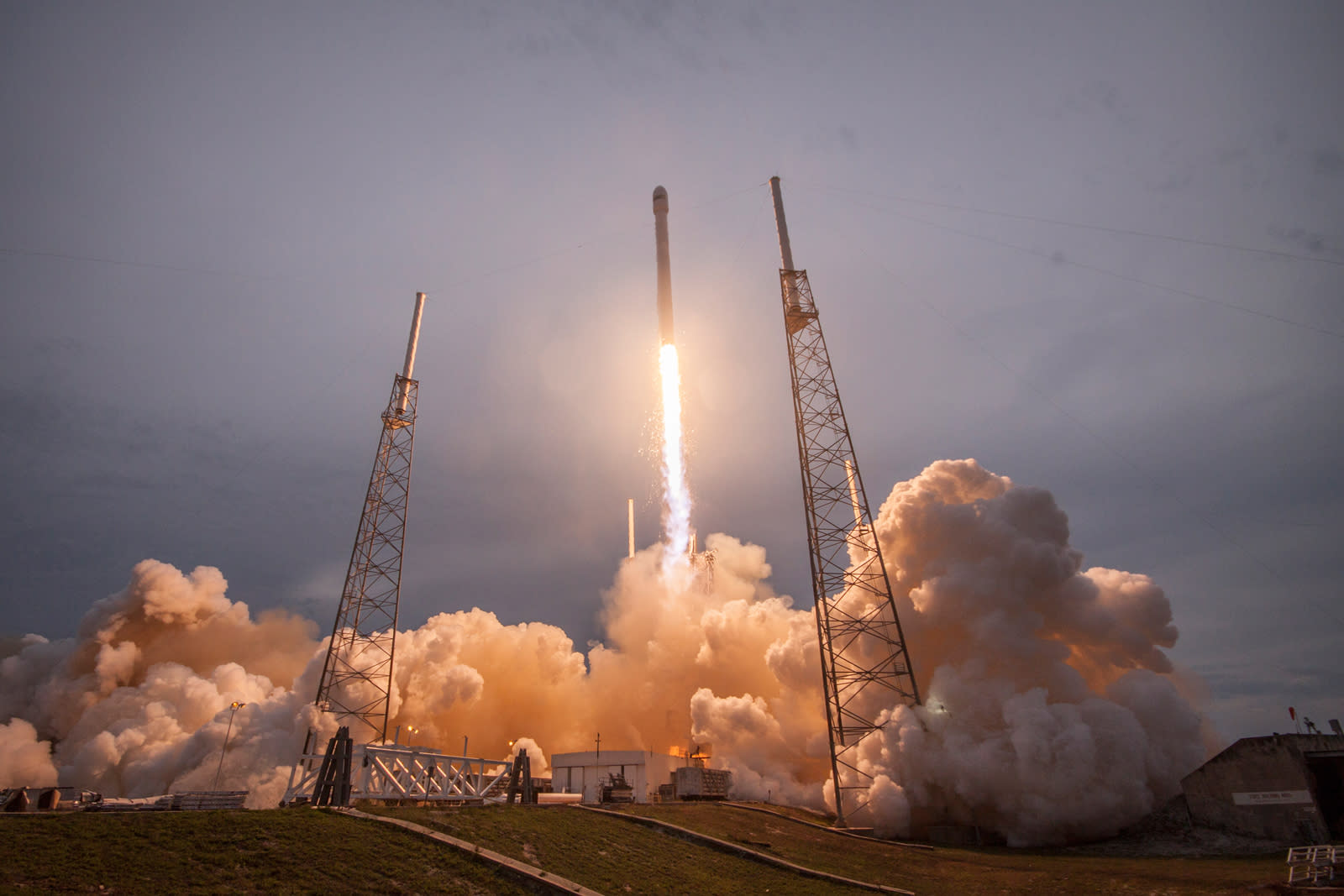 SpaceX won't have to intentionally crash some of its rockets going forward. Elon Musk has revealed that SpaceX's next flight, which has a Falcon 9 delivering an EchoStar satellite as soon as January 30th, should use the company's last expendable rocket. This rocket will burn too much fuel for its first stage to attempt a landing (the satellite is simply too heavy at 5.4 imperial tons), but future big-payload launches will use either the higher-performance Falcon 9 (Block 5) or Falcon Heavy and shouldn't have trouble coping with the weight. The new Falcon should lift off at the end of 2017, Musk says.

This doesn't completely rule out the possibility of other expendable rockets. However, it does represent a milestone for SpaceX -- the goal from now on is to always bring a vehicle back home, at least with missions to Earth orbit. That will save the company money, of course, but it should also help normalize private spaceflight by making reusable rockets the rule, not the exception.

Not that we're quite at the point where rockets will last for years on end. Ars Technica observes that SpaceX isn't expected to reach full reusability (where it can fly a rocket as many times as it likes) until Falcon 9 Block 5 arrives. Jeff Bezos' Blue Origin has already flown a rocket multiple times, but its current design is easier to reuse thanks to its smaller, simpler design and less ambitious flights. This is a start, though, and it might not be too long before the notion of willingly losing a rocket seems strange.

@gdoehne Expendable. Future flights will go on Falcon Heavy or the upgraded Falcon 9.

In this article: culture, echostar, elonmusk, falcon9, falconheavy, gear, reusable, reusablerocket, science, space, spacex
All products recommended by Engadget are selected by our editorial team, independent of our parent company. Some of our stories include affiliate links. If you buy something through one of these links, we may earn an affiliate commission.