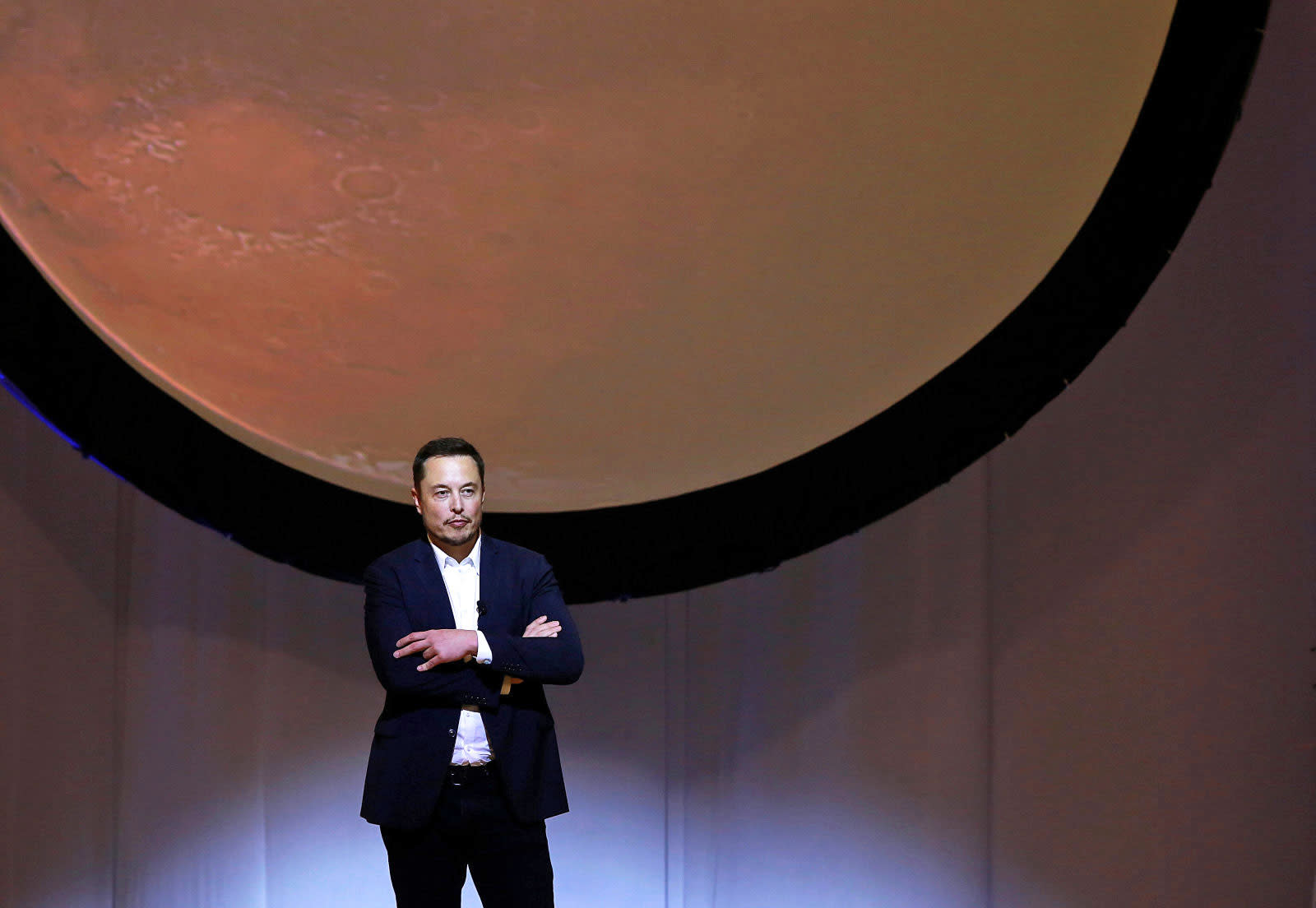 If it wasn't already clear that Elon Musk has considered virtually every aspect of what it would take to colonize Mars, it is now. As part of his Reddit AMA session, the SpaceX founder has revealed that his vision of a permanent colony would entail a huge number of "miner/tunneling droids." The robots would build large volumes of underground pressurized space for industrial activity, leaving geodesic domes (made of carbon fiber and glass) for everyday living. As a resident, you might never see the 'ugly' side of settling the Red Planet.

Musk also explained how his colony would get to the point where it can reliably refuel spacecraft all by itself. Dragon capsules would serve as scouts, helping find the "best way" to extract water for fuel reactions. An unmanned Heart of Gold spaceship would then deliver the basics for a propellant plant, while the first crewed mission would finish that plant. After that, SpaceX would double the number of flights between each ideal Earth-Mars rendezvous (every 26 months) until the colony can reliably produce fuel by itself.

Oh, and don't worry about today's Falcon 9 rockets being consigned to the history books. Although the main booster for interplanetary travel will "have an easier time of things," Musk believes that the final iteration of Falcon 9 (Block 5) could be used "almost indefinitely" if properly maintained. Production on Block 5 should fly in the next 6 to 8 months.

SpaceX is still a long way from explaining the nuts and bolts of large parts of the Mars mission. You won't learn about the Interplanetary Transport System's habitation section for "a year or two," for one thing. However, this at least shows that Musk and team have thought about the minutiae of their plan -- the big challenge is following through on all those promises.

In this article: colony, elonmusk, gear, mars, robot, robots, space, spacex
All products recommended by Engadget are selected by our editorial team, independent of our parent company. Some of our stories include affiliate links. If you buy something through one of these links, we may earn an affiliate commission.