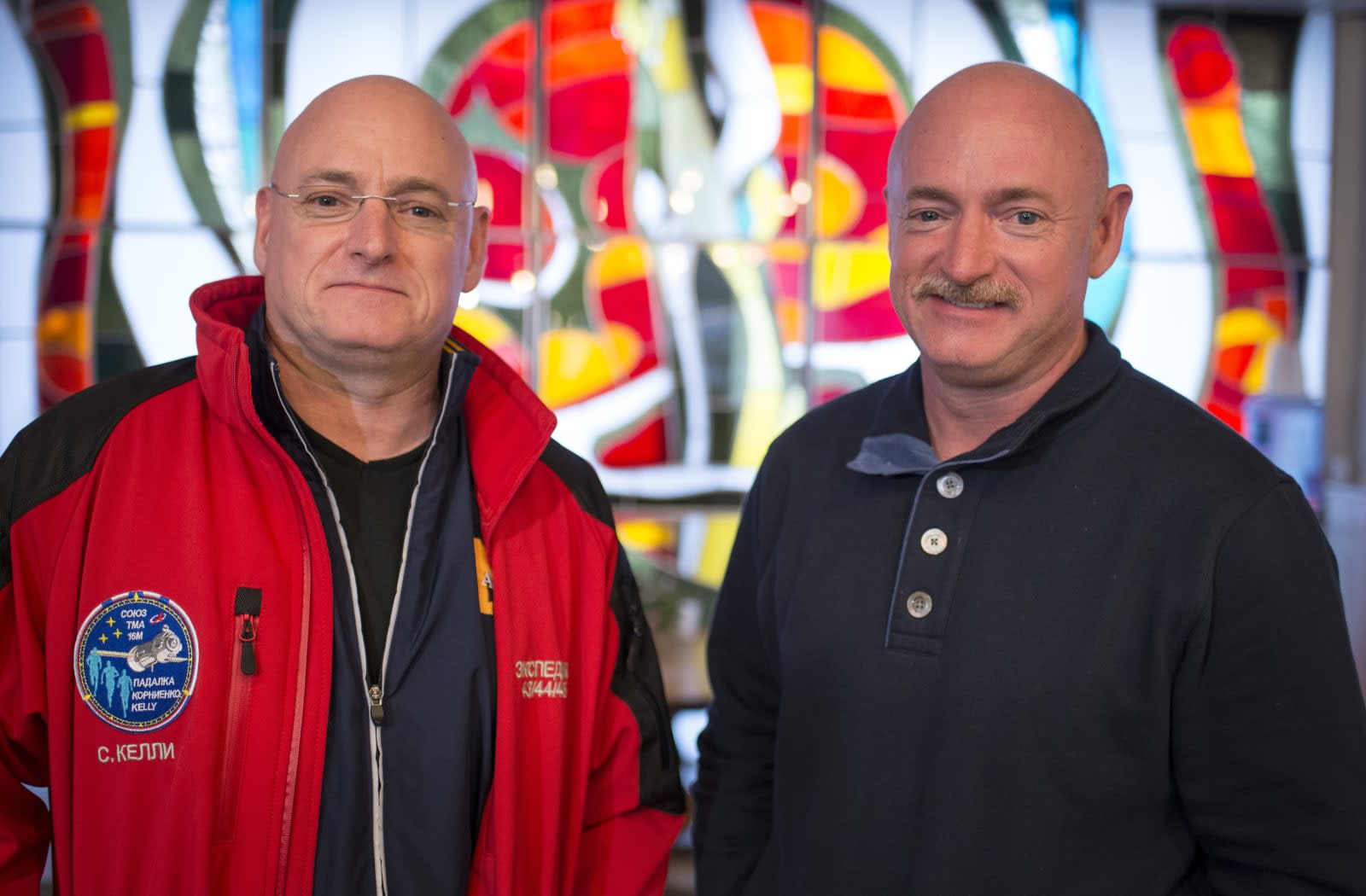 When you spend nearly a year straight in space, you can expect NASA will want to conduct a good bit of research on you when you return to Earth. The space agency has been doing just that with astronaut Scott Kelly who was in orbit for 340 days. There's no one better to compare Kelly to than his twin brother and fellow astronaut Mark. NASA collected blood and other biological samples to look for any changes a long spaceflight may cause in the human body.

In total, Scott Kelly has spent 522 days in orbit. That's a few more than his identical twin brother who has been in space for 54 days. Scientists reported the preliminary results of the study comparing the two this week in Galveston, Texas. What they've found so far is that DNA methylation decreased during Scott's flight and increased in Mark over the same period of time. The process is the addition of a chemical marker that can affect gene expression. However, it is reversible. Researchers also observed that levels for both returned to pre-flight numbers after Scott landed. For now, the scientists aren't sure this means or what caused it.

The team of researchers also found variations in the gene-expression signatures of the two brothers. Similar changes happen all the time here on Earth in response to environmental changes -- like a change in eating habits or sleep schedule, for example. The data showed changes in Scott were larger than normal which could be caused by a diet of freeze-dried food and the challenge of trying to sleep while floating during orbit.

Researchers must now determine which of the changes are a result of prolonged space flight and which are simply natural variations over time. What's more, because of the small sample size, findings from the Kelly brothers may not be indicative of others.

"The greatest importance of the study is to show that we can do it," explained Johns Hopkins University geneticist Andrew Feinbergi. "I don't think people realized it would be so easy to do genomics on astronauts in space." Researchers say this type of genetic testing could be used to prescribe a course of medications for astronauts during long flights -- like a trip to Mars.

In this article: astronaut, astronauts, dn, dna, markkelly, nasa, research, science, scottkelly, space, stress
All products recommended by Engadget are selected by our editorial team, independent of our parent company. Some of our stories include affiliate links. If you buy something through one of these links, we may earn an affiliate commission.