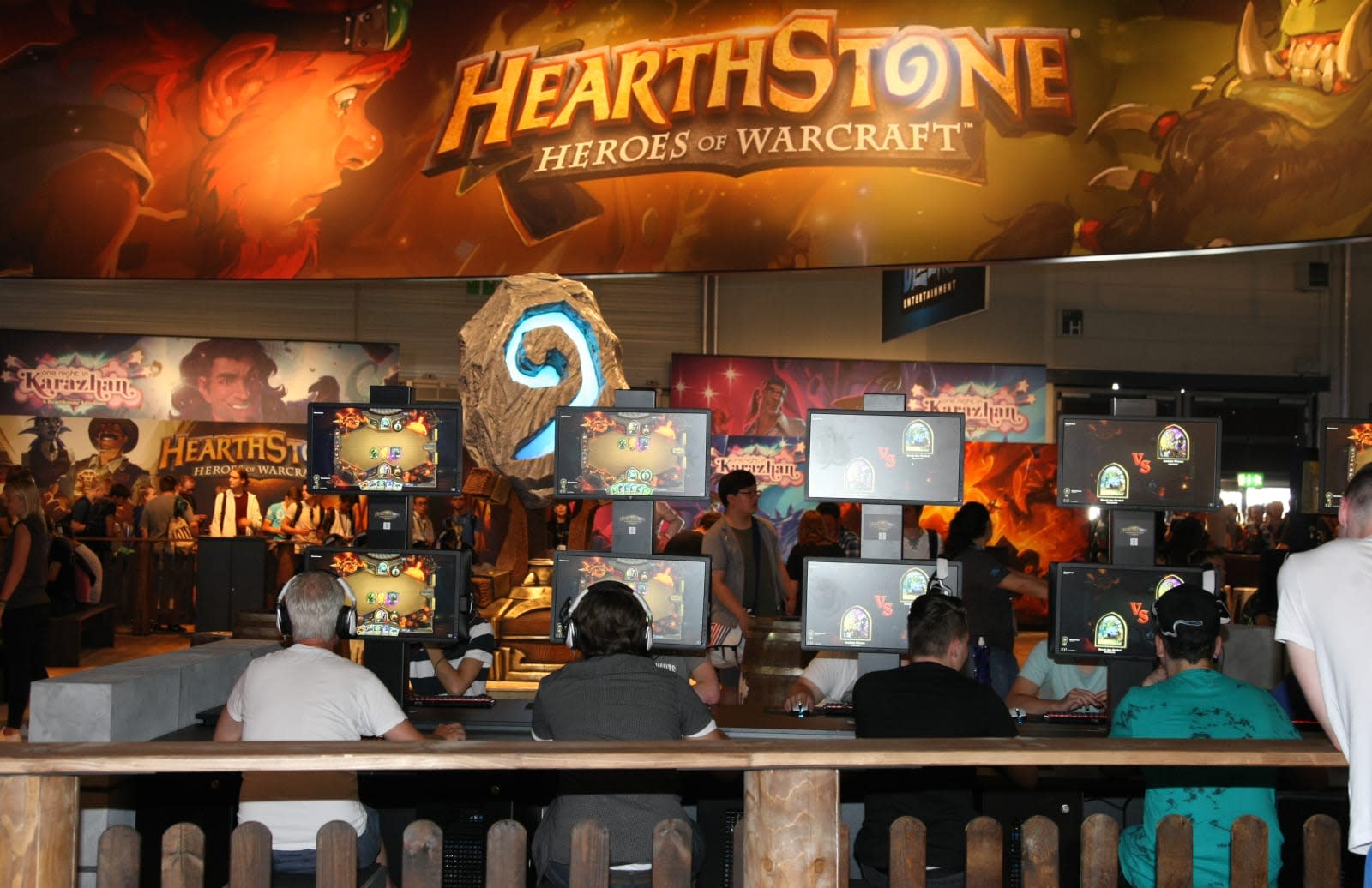 Blizzard has revealed more details about the Global Games, its new Hearthstone eSports competition format that pits teams, rather than individual players, against each other. The tournament will feature 48 teams, each from a different country, competing in a series of round-robin tournaments online.The top four teams left standing will compete face-to-face in the Global Games Final Tournament later in the year.

Hearthstone, a card-based fighting game that's not unlike an electronic version of Magic: The Gathering, has proven to be popular on the eSports scene, especially the banter-laden team games. It appeals to both casual gamers and pros because it's relatively easy to learn and find opponents. At the same time, it requires sophisticated strategies at the highest levels.

The format will pit powerhouse nations like the US against much smaller ones, including Peru and Belgium. Blizzard says that teams will seeded by their respective countries (based on winter season points) with the first team member being the top-ranked player, and the other three chosen from a pool of eight by the Hearthstone community. The tournament will run a best-of-five format, class versus class format, with each team player representing two classes of cards.

Top players including Edwin "HotMEOWTH" Cook and Russian world champ Pavel Beltukov, will compete for $300,000 in the competition. So far, no dates have been announced, but you can check out the video below for action in last year's championships.

In this article: av, eSports, gaming, GlobalGames, Hearthstone, International, Tournament
All products recommended by Engadget are selected by our editorial team, independent of our parent company. Some of our stories include affiliate links. If you buy something through one of these links, we may earn an affiliate commission.