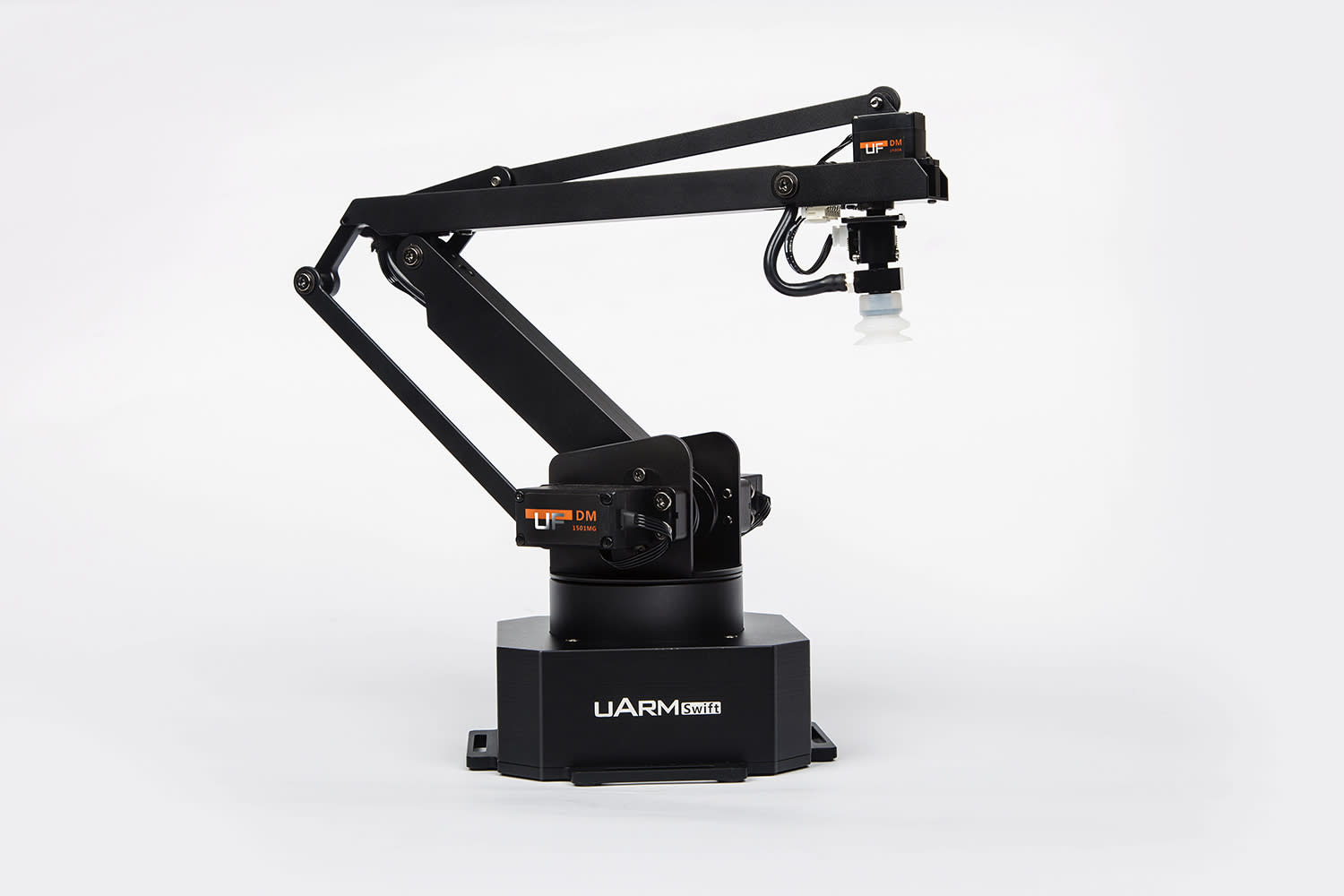 Most robot arms we've seen in the past few years have been either attached to our favorite rolling dog/mech robots or been innovative prosthetics on our favorite humans. But why not a little worker bee robolimb plopped on your desk and ready to perform menial and/or delicate tasks? UFactory launched an Indiegogo campaign for its newest domestic helper a few weeks ago, the open source uArm Swift, which has leaped past its $10,000 goal to raise $280,000 at the time of this post.

The Swift is an upgrade of UFactory's protoype Metal arm, which came out last May, but keeps its articulated desk lamp appearance that looks like its about to help you build the next Iron Man suit. The new version has expanded functionality, with a port for Grove modular electronics and OpenMV cameras. To easily program the add-ons, backers get uArm Studio, which has both a graphical interface based on Blockly and gesture control using LeapMotion. For the more hardcore, there's the Creator Studio to tinker with computer vision commands. Or to get the thing stirring your coffee, just hold down a dedicated button, drag the robot's head in your desired action, and let go.

Backers can choose between the standard consumer-level Swift or its industrial variant, the Swift Pro. For a slightly higher price, the latter has more intricate gears with stepper motors for greater accuracy along with additional end-applicators for laser engraving and 3D-printing. The intro deals are gone, but you can still snag the basic model for $290 or the Pro for $340, with more expensive options that bundle in GroveKits, OpenMV cameras and/or fancier heads. Assuming this all isn't already too good to believe, every perk level expects to ship in May 2017.

In this article: gadgetry, gadgets, gear, indiegogo, opensource, robot, uArm, uarmswift
All products recommended by Engadget are selected by our editorial team, independent of our parent company. Some of our stories include affiliate links. If you buy something through one of these links, we may earn an affiliate commission.