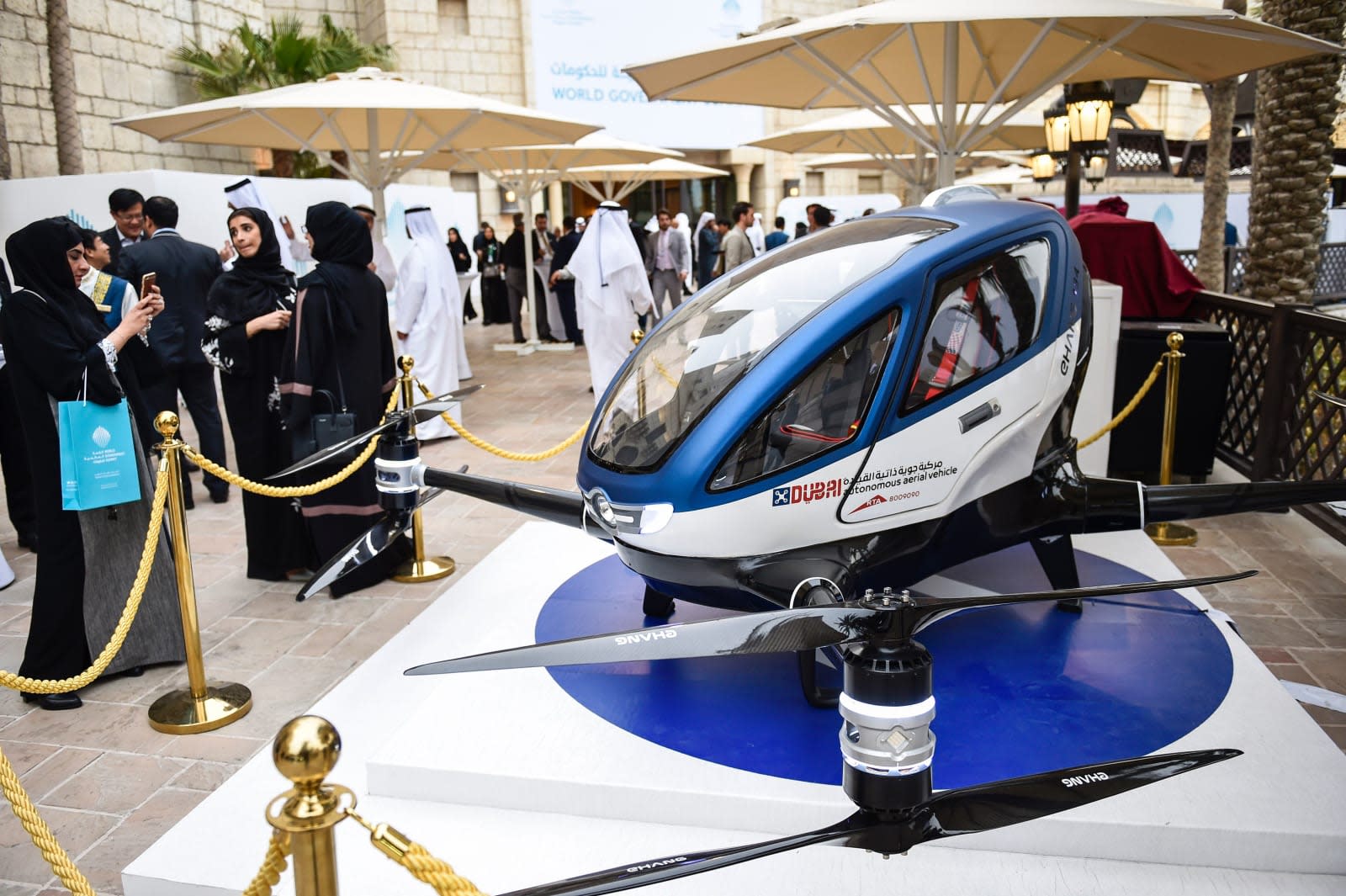 The single-rider, human-sized quadcopter that whipped CES 2016 into a frenzy could be carrying passengers as early as this summer. As the head of Dubai's Roads and Transportation Agency announced at the World Government summit today, the Chinese EHang 184 passenger drone will begin "regular operations" around the futuristic city in July of 2017.

In fact, as the Associated Press reports, the EHang 184 has already been zipping around Dubai's Burj Al-Arab skyscraper, which happens to have a helipad floating a dizzying 689 feet off the ground. "This is not only a model," Roads and Transportation chief Mattar al-Tayer said. "We have actually experimented with this vehicle flying in Dubai's skies."

Since al-Tayer didn't elaborate, it's currently unclear whether any of those flights actually carried a real person, but it sounds like the Personal Flying Vehicle's specs have gotten some slight performance upgrades since we last saw it on the floor in Las Vegas. The AP reports the PFV now has a half-hour flight time with about 31 miles of range, but passenger capacity is still limited to one 260-pound person and single small suitcase. Since the vehicle is autonomous, the passenger only needs to punch in their destination and strap in before take-off. From there, the 184 will communicate via 4G wireless network with a control room on the ground similar to the one EHang showed Engadget late last year.

While the crown jewel of the United Arab Emirates will get to claim bragging rights as the first city to unleash flying passenger drones, officials in Nevada are also seeking the FAA's approval on the EHang 184 -- so we might see EHang back at CES with a real, flying product sooner than expected.

In this article: AutonomousVehicles, culture, drones, ehang, FlyingCars, PersonalFlyingMachine, robots, transportation
All products recommended by Engadget are selected by our editorial team, independent of our parent company. Some of our stories include affiliate links. If you buy something through one of these links, we may earn an affiliate commission.