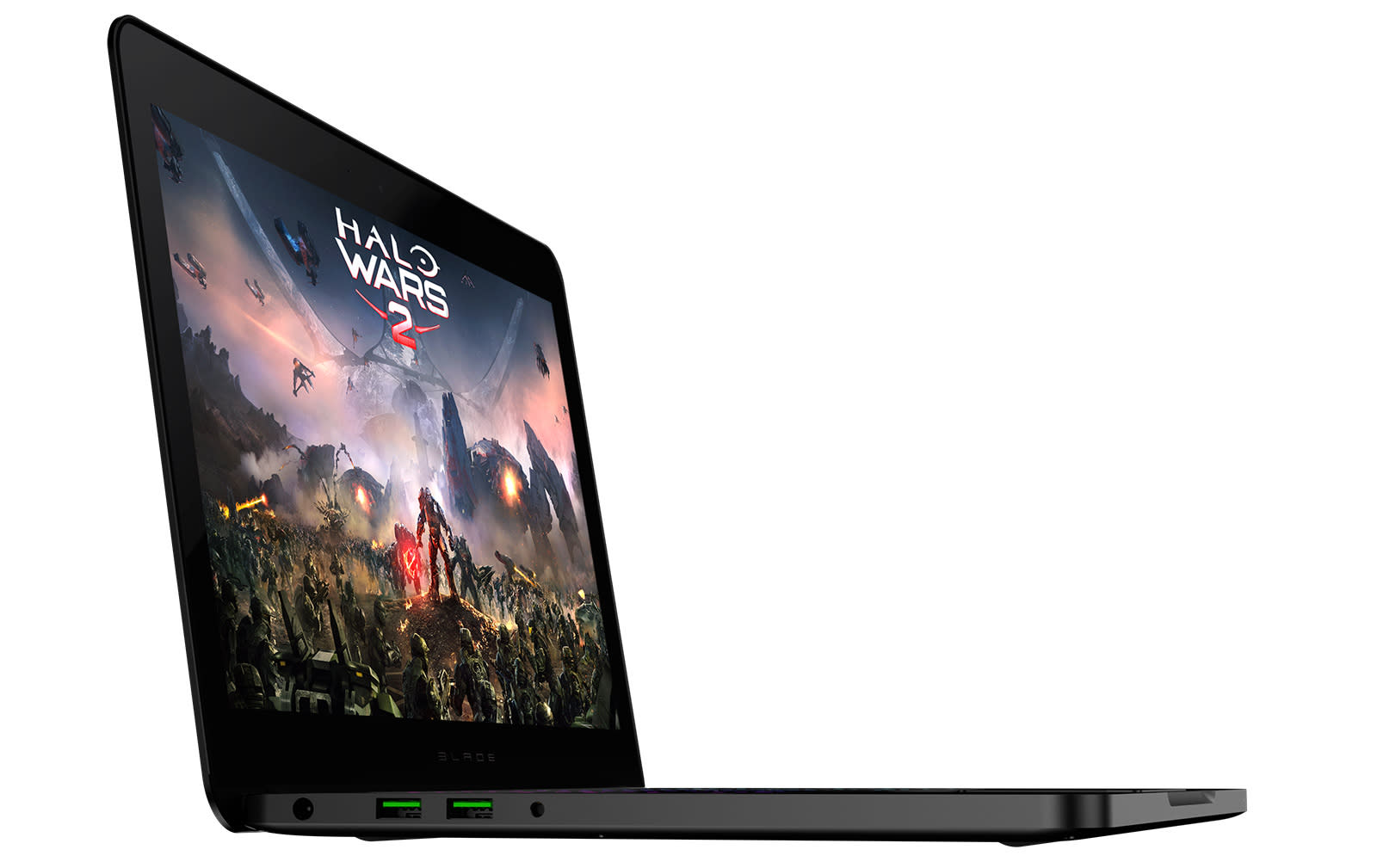 Razer has launched a new Blade for folks needing a blend of power and portability. The latest 14-inch model is the company's first with an (optional) 4K screen, and is also packing Intel's latest Core i7-7700HQ CPU, giving it a bit more speed with the same power consumption. Even with the upgraded components, the new model has the same thickness (0.70 inches) and weight (4.3 pounds with a 4K screen) as the last model, thanks to the unibody aluminum chassis.

The new blade also has the last model's NVIDIA GTX 1060 GPU with 6GB of DDR5 VRAM, along with 16GB of DDR4 RAM minimum, SSD storage up to 1TB, Thunderbolt 3 and the color-tastic Razer Chroma keyboard. NVIDIA's latest laptop GPUs are now nearly as powerful as its desktop models, but some reviewers found the last 14-inch Blade to be somewhat weak at the top-end 3,200 x 1,800 resolution, so it's not likely to be better on a 4K (3,840 x 2,160) display. The battery life was also middling on last year's QHD Blade, so don't expect a huge improvement there, either. Though gamers will need to think carefully about the 4K option, it's nice for video or graphics pros who do GPU rendering and need a UHD screen, but not necessarily tons of battery life. There aren't many other models out there with the same combination of size and specs, but one that comes to mind is the Dell XPS 15, which is just a touch heavier and will also be available with a 4K screen (albeit a 15-inch one) and Core i7-7700 CPU for $2,199. However, that model has lesser NVIDIA GTX 1050 graphics.

As you'd expect, the 14-inch Blade ain't cheap -- the Full HD model is now available in the US, Canada, UK, Germany and France at Razerzone.com, starting at $1,899 (£1,799) and coming elsewhere in March. The 4K model is likely to be considerably more and it won't arrive until at least April of 2017.

In this article: 14-inch, 4K, Blade, gear, gtx1060, Intel7thgenCPU, NVIDIA, personal computing, personalcomputing, Razer, RazerBlade, video
All products recommended by Engadget are selected by our editorial team, independent of our parent company. Some of our stories include affiliate links. If you buy something through one of these links, we may earn an affiliate commission.