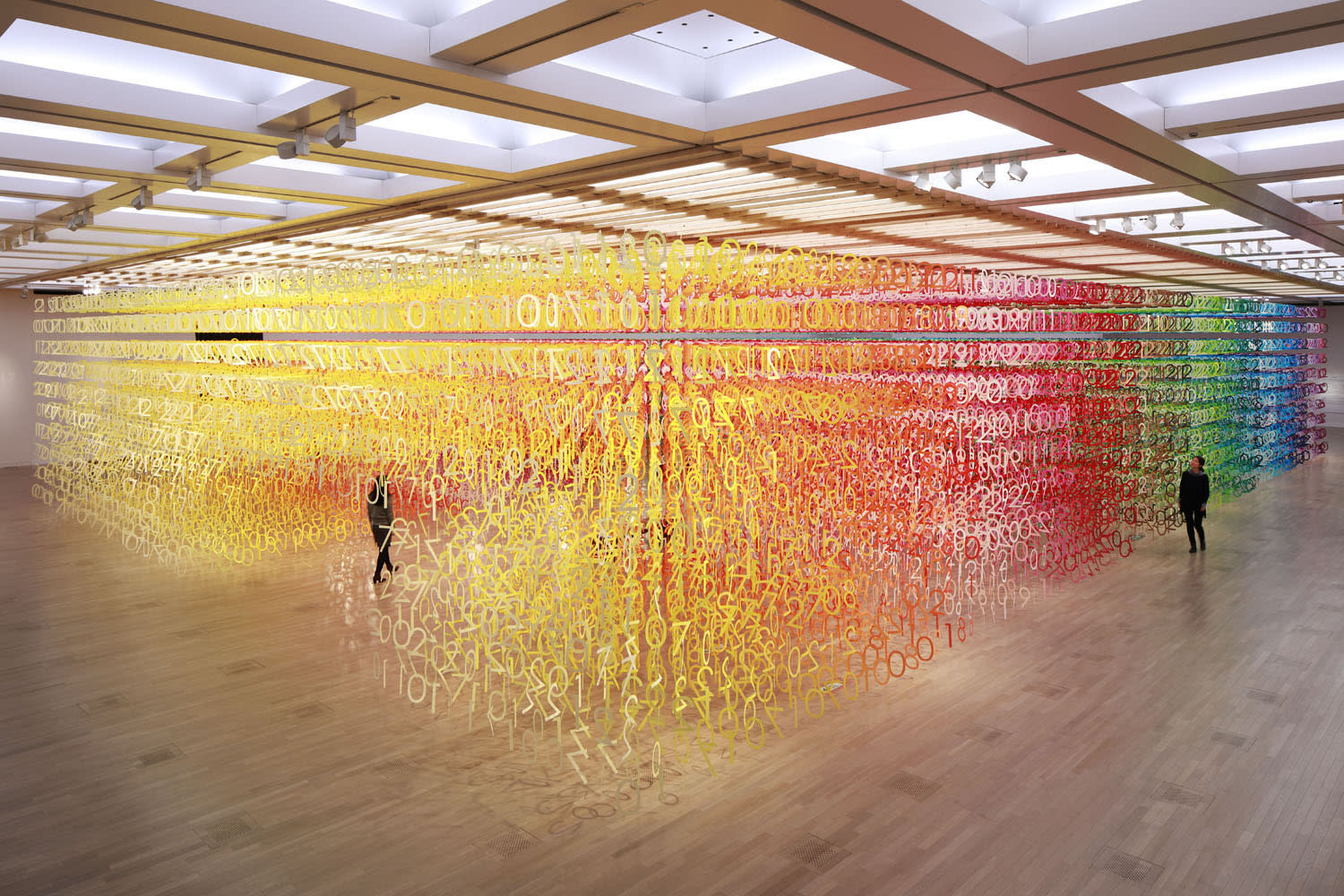 Our digital future as a 'Forest of Numbers'

Over the next ten years, we'll see ever-faster chips, artificial intelligence and exponentially more data. Forest of Numbers, an exhibition by architect Emmanuelle Moureaux at the National Art Center of Tokyo (NACT) gives viewers a chance to contemplate that future by gazing into what looks like a never-ending string of digits. Careful observers will also spot two girls and a cat, showing that there's humanity buried somewhere in all the data.

NACT is an "empty museum" without a permanent collection -- exhibitions merely pass through the expansive 14,000 square meter space. It was a hit from the start, however, welcoming over a million visitors just three months after opening in 2007 with an exhibition of works by French impressionist Monet. It's appropriate, then, that NACT is celebrating its 10th anniversary with a dreamy piece by expat French architect Moureaux. A Tokyo resident since 1996, she's known for using rainbows of colors as architectural elements. Her technique is called "shikiri," which means dividing or creating space with color. She uses hues not just for cosmetic reasons, but as a way to create three-dimensional layers within spaces. The technique is inspired by the density and colors of Tokyo's complex streets and traditional Japanese elements like sliding screens.

The NACT exhibition hews to that theme, filling the 6,500 square foot "White Cube" special exhibition gallery room with 60,000 numerical figures. That's divided into ten layers representing the next decade from 2017 to 2026, each with the four numbers from 0 to 9 of its respective year. The digits range across 100 colors from yellow to violet, as part of Moureaux's "100 colors" theme exhibited at sites in Japan, the US, Spain and elsewhere.

Hanging the 60,000 colored numbers required the cooperation of 300 volunteers, according to the description on Moureaux's site. Given how dramatic the piece is, it's unsurprisingly been widely shared on social media, helping draw 20,000 visitors during the ten days it was exhibited. (See the video here.)