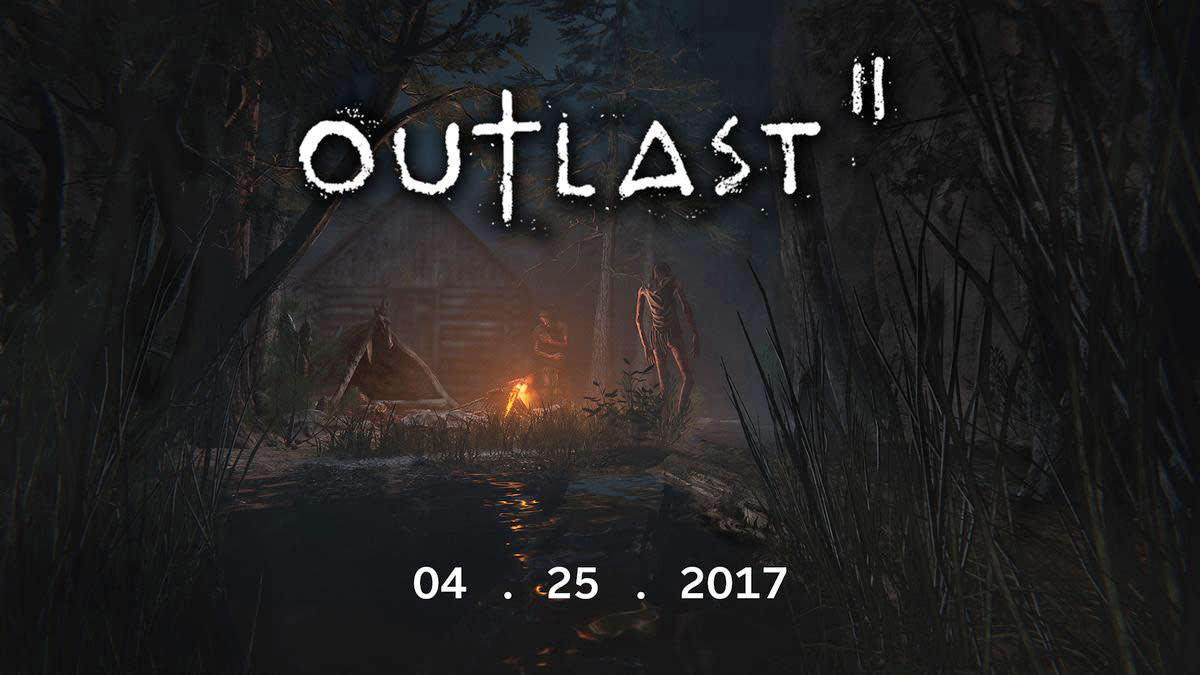 The follow-up to hit survival-horror game Outlast is coming to PC, Xbox One and Playstation 4 on April 25. Outlast 2 will attempt to raise the creep factor with more genre-defining "WTF" moments than were possible in the first game, due to budgetary restrictions.

The original Outlast was set in a psychiatric hospital, with a freelance journalist armed with a night-vision video camera as the main protagonist. The video cam slowly runs out of batteries, forcing players to use it sparingly while scavenging for new power cells in the dark. Along with that stressful creepiness, there were jump scares aplenty, along with a side of disturbing, grotesque imagery.

This time, you'll play as a husband and wife team of investigative journalists, Lynn and Blake Langermann, who must follow clues into the darkness. As opposed to Outlast's hospital setting, the sequel takes place in a sprawling area of the Northern Arizona desert. The developer, Red Barrels Games, wants to focus more on psychological horror, and hopes that forcing players to deal with hidden horrors in a vast, unpredictable physical space will be even more disturbing than the first game.

A digital copy of Outlast 2 will be available for $29.99, while a disc-based copy will run you $39.99. In addition, a physical collection of both games and the "Whistleblower" DLC will also be available on the 25th, but only on console. No DLC is currently planned for Outlast 2, which could be another psych-out by the devs, depending on how well the new game does.

In this article: gaming, horror, Outlast, outlast2, PC, personal computing, personalcomputing, Playstation4, redbarrelgames, sequel, survival, video, XboxOne
All products recommended by Engadget are selected by our editorial team, independent of our parent company. Some of our stories include affiliate links. If you buy something through one of these links, we may earn an affiliate commission.