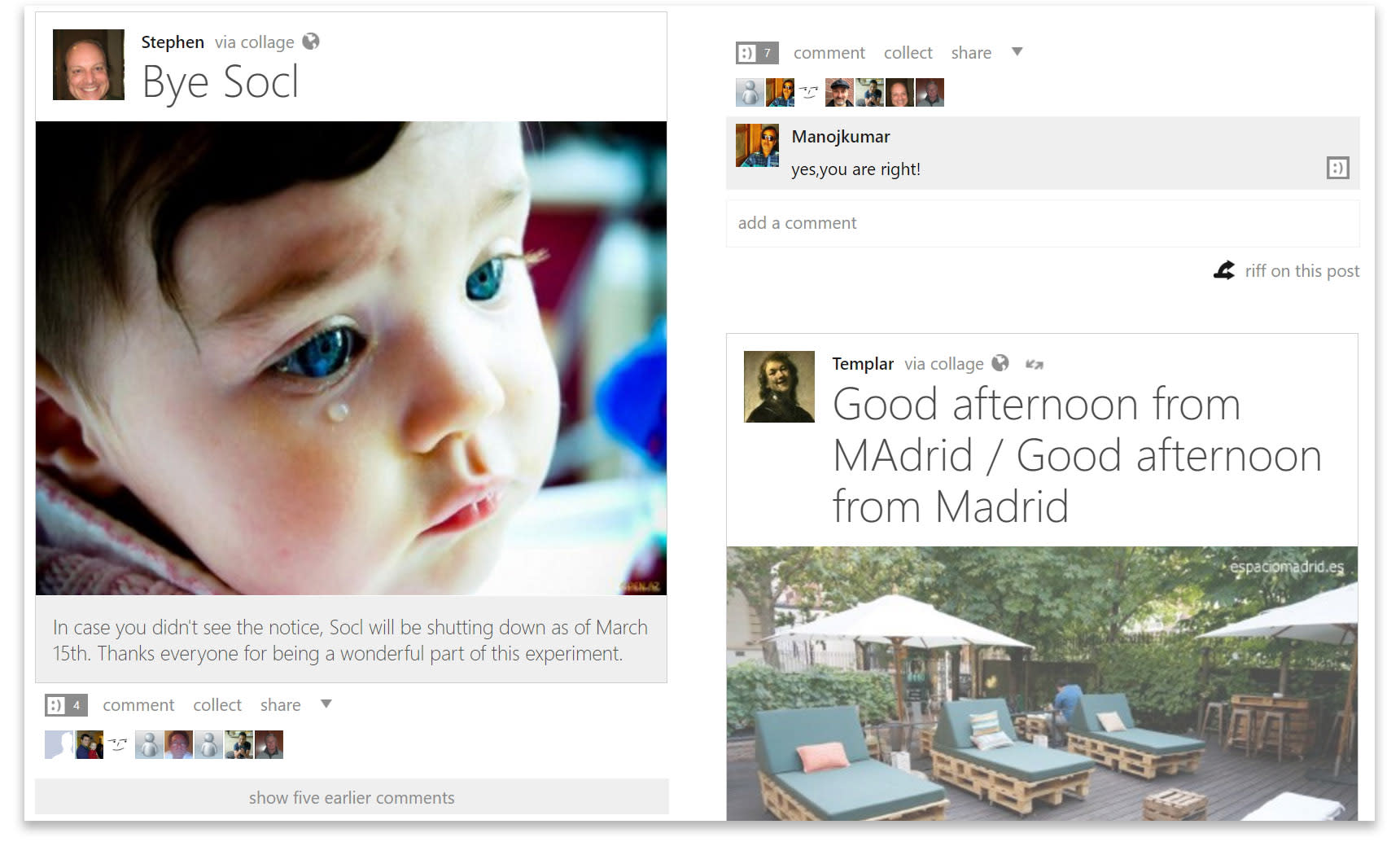 Microsoft is shutting down So.cl, a quasi-social network launched by its FUSE Labs research division. In case you forgot (admit it, you forgot), it was never intended to be a competitor to Facebook or Twitter. Rather, it's a strange hybrid that let you log in from Facebook, then share searches, images and collages and discuss them with friends. Some of the features were odd -- for instance, you could create a "Video Party" with friends, but it wasn't video chat, just regular chat about video clips.

So.cl launched in 2011, the same year that Google+ came along, during a time when it probably didn't seem insane to launch a Facebook competitor. Coming from Microsoft Research, the site was first aimed at University students before it opened its doors to the wider public. It carried a tiled look to match the "Metro" design used for Windows 8 on mobile and desktop.

Much like Metro, however, nobody really used it, perhaps because it was never really clear what it was for. It ended up mostly being a site to share and discuss random stuff you found on the internet, something you can already do on Facebook. Unlike Facebook, though, it lacked basic features including the ability to just upload a photo.

In the end, it was a good real-life research experiment for Microsoft Research's Fuse Labs, if nothing else. "In supporting you, So.cl's unique community of creators, we have learned invaluable lessons in what it takes to establish and maintain community as well as novel new ways to make share, and collect digital stuff we love," the team wrote. Now that Microsoft has a real social network with LinkedIn, maybe some of So.cl's features will end up there.

In this article: Closing, culture, Facebook, internet, microsoft, So.cl, SocialNetwork
All products recommended by Engadget are selected by our editorial team, independent of our parent company. Some of our stories include affiliate links. If you buy something through one of these links, we may earn an affiliate commission.