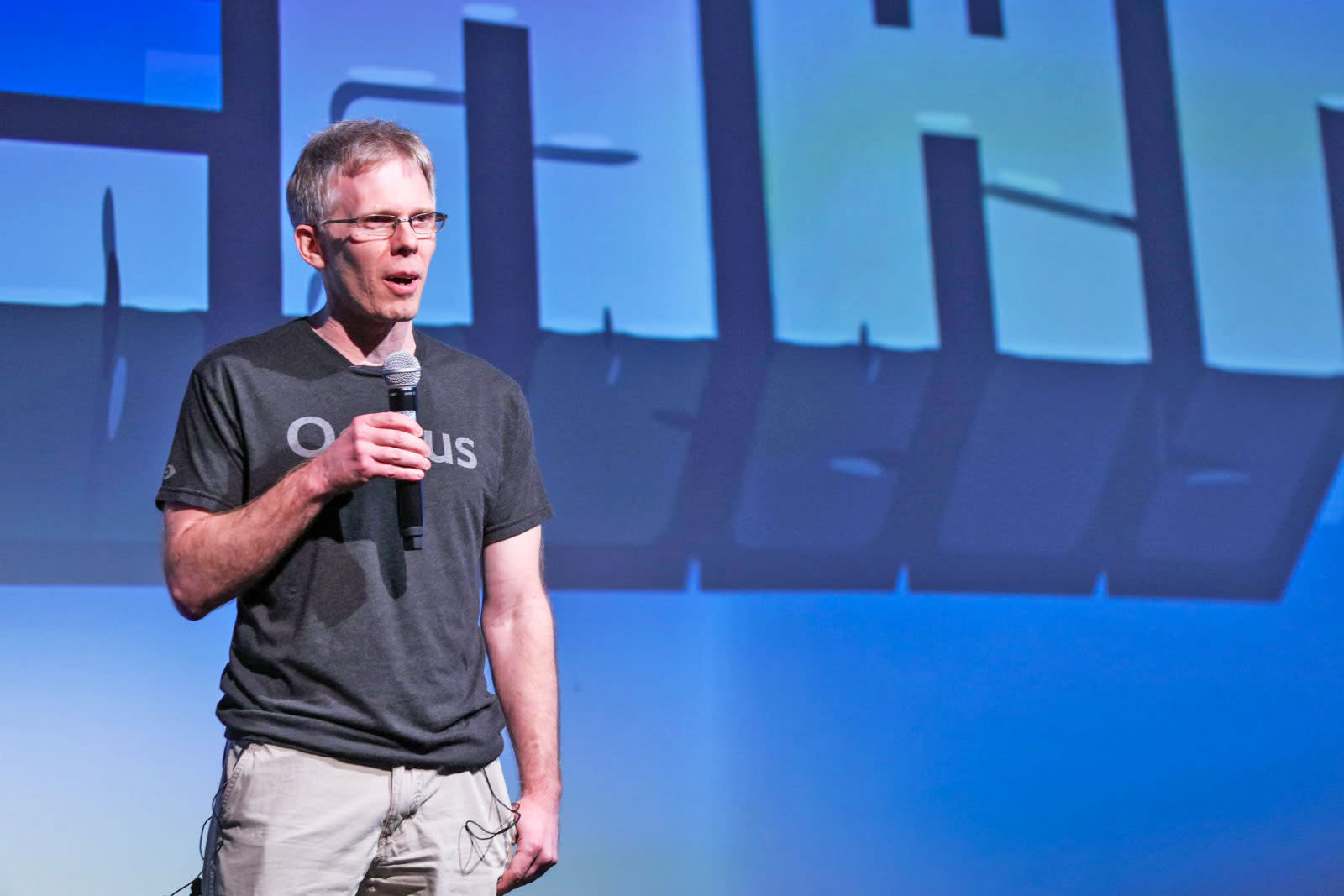 Oculus CTO John Carmack has personally joined the litigation war between his company and ZeniMax. He has just filed a lawsuit against the media firm for refusing to pay the rest of what it owes him for id Software's $150 million acquisition in 2009. Carmack co-founded id Software in 1991, and it's best known for developing the Wolfenstein, Doom and Quake video game franchises. The CTO says ZeniMax still hasn't paid the last $22.5 million of the price they agreed upon. It also sounds like the company has no intention of paying up.

In the copy of the court documents that UploadVR got its hands on, Carmack's suit says ZeniMax has been refusing to pay due to the "claimed violations of Mr. Carmack's Employment Agreement and ZeniMax's alleged intellectual property rights." If you'll recall, it sued Oculus for $4 billion, accusing the exec of taking id Software technology with him to build the Rift headset. ZeniMax scored a partial victory after a jury awarded the media firm $500 million -- a result Carmack publicly slammed -- but it still wasn't enough. It also asked the court to stop Oculus from selling Rift headsets.

In a statement sent to UploadVR, ZeniMax criticized Carmack who it says is "lacking in remorse" and seems to welcome the chance to face him in court:

We have reviewed John Carmack's latest legal complaint which is completely without merit.

We note that this is Mr. Carmack's second complaint against ZeniMax. In the recently completed trial of ZeniMax Media Inc. et al v Oculus VR et al, in which Mr. Carmack was a named Defendant, and in which ZeniMax was awarded $500 million in damages for misappropriation of its intellectual property, Carmack had counterclaimed, seeking damages for ZeniMax's alleged violations of his employment agreement. The jury flatly rejected Mr. Carmack's complaint, and found for ZeniMax. Mr. Carmack was personally found guilty by the jury of the theft of ZeniMax's property, including thousands of confidential ZeniMax documents he secretly took when he quit his employment, and his theft of the entire source code to id's latest game, RAGE, including the id tech 5 engine. In addition to those crimes, it was revealed by an independent court-appointed computer forensics expert, that upon receiving notice of the Oculus lawsuit, the files on Mr. Carmack's Oculus computer were intentionally wiped–destroying the evidence, and that a sworn affidavit Carmack filed with the Court denying the wiping was false. The wiping occurred right after Mr. Carmack researched on Google how to wipe a hard drive. And there was much more.

Apparently lacking in remorse, and disregarding the evidence of his many faithless acts and violations of law, Mr. Carmack has decided to try again. We look forward to presenting our response to Mr. Carmack's latest allegations in Court.

In this article: gadgetry, gadgets, gaming, idsoftware, johncarmack, lawsuit, oculus, zenimax
All products recommended by Engadget are selected by our editorial team, independent of our parent company. Some of our stories include affiliate links. If you buy something through one of these links, we may earn an affiliate commission.