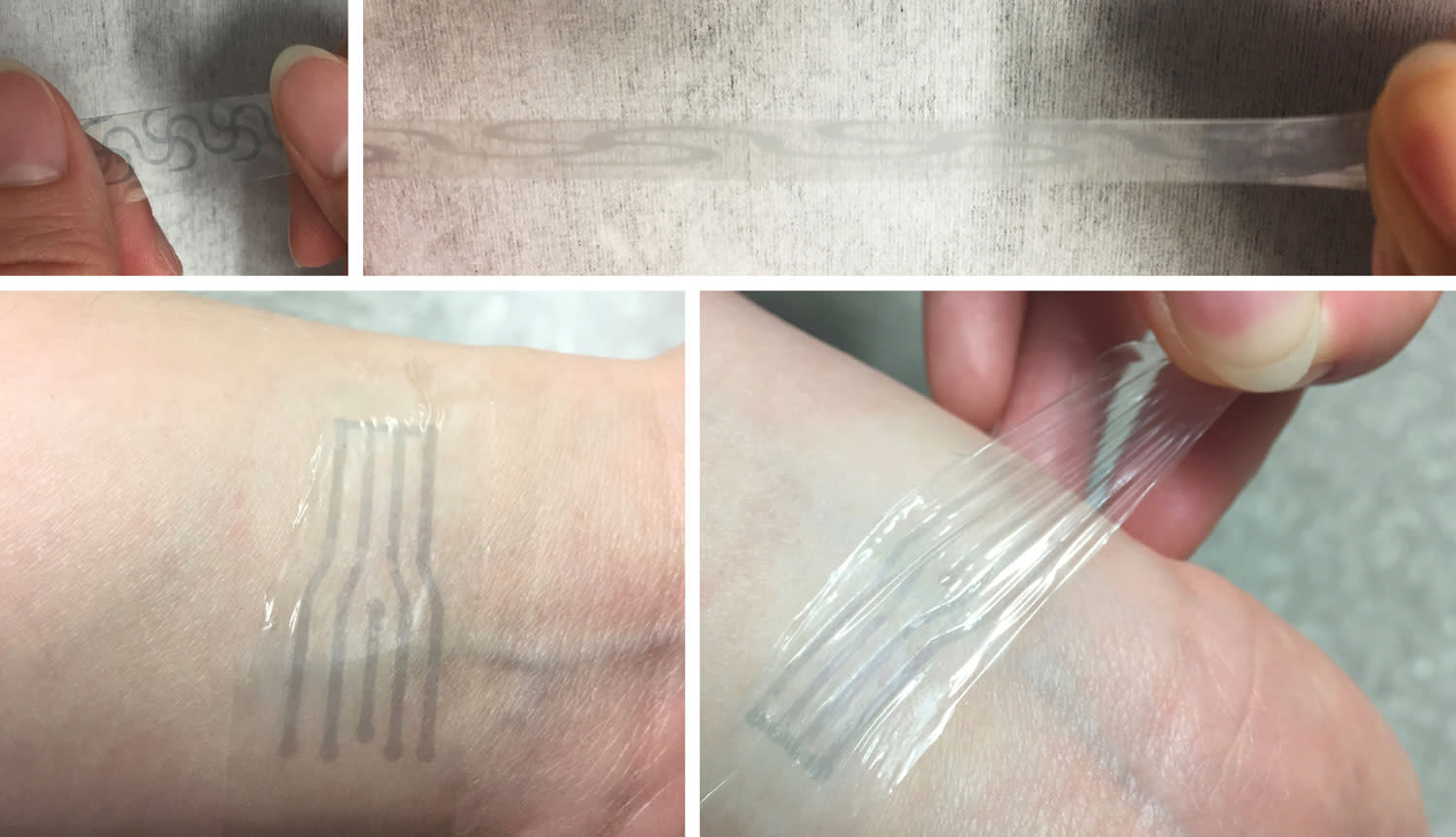 For smart clothing or skin-worn devices to improve, first we need electronics that won't snap like a twig when you move. Using a soup thickener, of all things, scientists from Stanford's Bao Lab created a flexible electrode with "uncompromised electrical performance and high stretchability," said lab director Zhenan Bao. The material could one day be used in better brain-monitoring electronics and smart clothing embedded with heart sensors, LEDs and other tech.

Plastics are normally insulators, but using two different polymers, Bao and her team came up with one that conducted like a champ. However, it wasn't flexible at all, so the team enlisted the SLAC National Accelerator Laboratory and its unique X-ray equipment to find just the right additive. That turned out to be a molecule similar to those used to thicken soups in industrial kitchens. It completely stopped the crystallization process, resulting in a stretchy material suitable for use in circuits or electrodes.

"We thought that if we add insulating material, we would get really poor conductivity, especially when we added so much," said Bao. However, using their experience with flexible polymers, they created a thin, nearly transparent material that actually conducts electricity slightly better when stretched. In fact, the high conductivity and 96 percent light transmittance "is among the highest values reported for ... transparent electrodes," and best by far for a flexible material, the paper notes.

Using an inkjet printer, the researchers have already created electrodes and stretchable transistor arrays. That could soon yield "next-generation wearable and epidermal electronics and bioelectronics," according to the paper. It also opens up "exciting possibilities down the road for brain interfaces and other implantable electronics," said Bao. However, you may never look at boxed soup the same way again.

In this article: Electrodes, FlexibleElectronics, medicine, plastic, science, SLAC, Soup, stretchable, video, wearables
All products recommended by Engadget are selected by our editorial team, independent of our parent company. Some of our stories include affiliate links. If you buy something through one of these links, we may earn an affiliate commission.