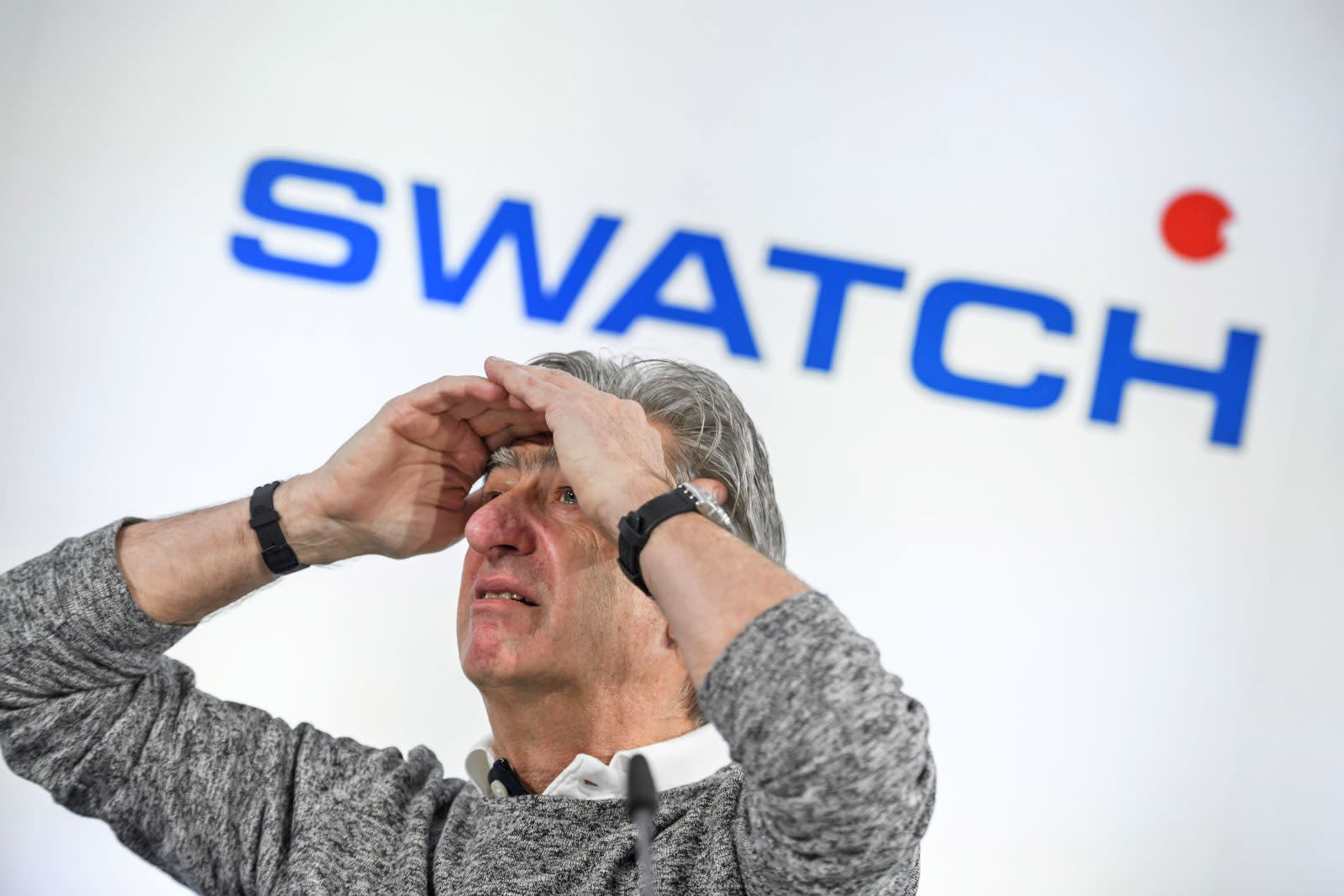 WatchOS or Android Wear? Neither, says the head of Swatch, who revealed that his company is working on its own smartwatch OS. CEO Nick Hayek told Bloomberg that his business has developed a new platform for wearables in partnership with the Swiss Center for Electronics. The new software, it's claimed, will do a better job of protecting your personal data and use significantly less battery life.

The report claims that the first Swatch smartwatch will launch towards the tail-end of 2018 as a Tissot-branded timepiece. That's the limit of the news, but that announcement may, at least, explain the disappearance of the Tissot Smart-Touch. That was the company's smart-ish watch that it promised to launch late last year, but you'll struggle to find one available to buy -- or a mention of it on the website.

Nick Hayek is famously obsessed with low-power devices, and has previously said that he's aiming for a watch with a six month lifespan. That dovetails with Swatch's announcement, earlier in the month, that it has created the "world's smallest" Bluetooth chip with the "lowest energy consumption." Of course, late 2018 is quite a way away, giving Tag Heuer, Apple and Fitbit an even longer headstart in the smartwatch races.

Not to mention that Swatch has had a second consecutive year of negative growth, with net sales dropping almost 11 percent in 2016. With commentators suggesting that the "smartwatch market" may already be played out, crowning Apple the obvious winner, Swatch's innovations may be too little, too late.

In this article: gear, NickHayek, Smartwatch, Swatch, SwissCenterForElectronics, wearables
All products recommended by Engadget are selected by our editorial team, independent of our parent company. Some of our stories include affiliate links. If you buy something through one of these links, we may earn an affiliate commission.