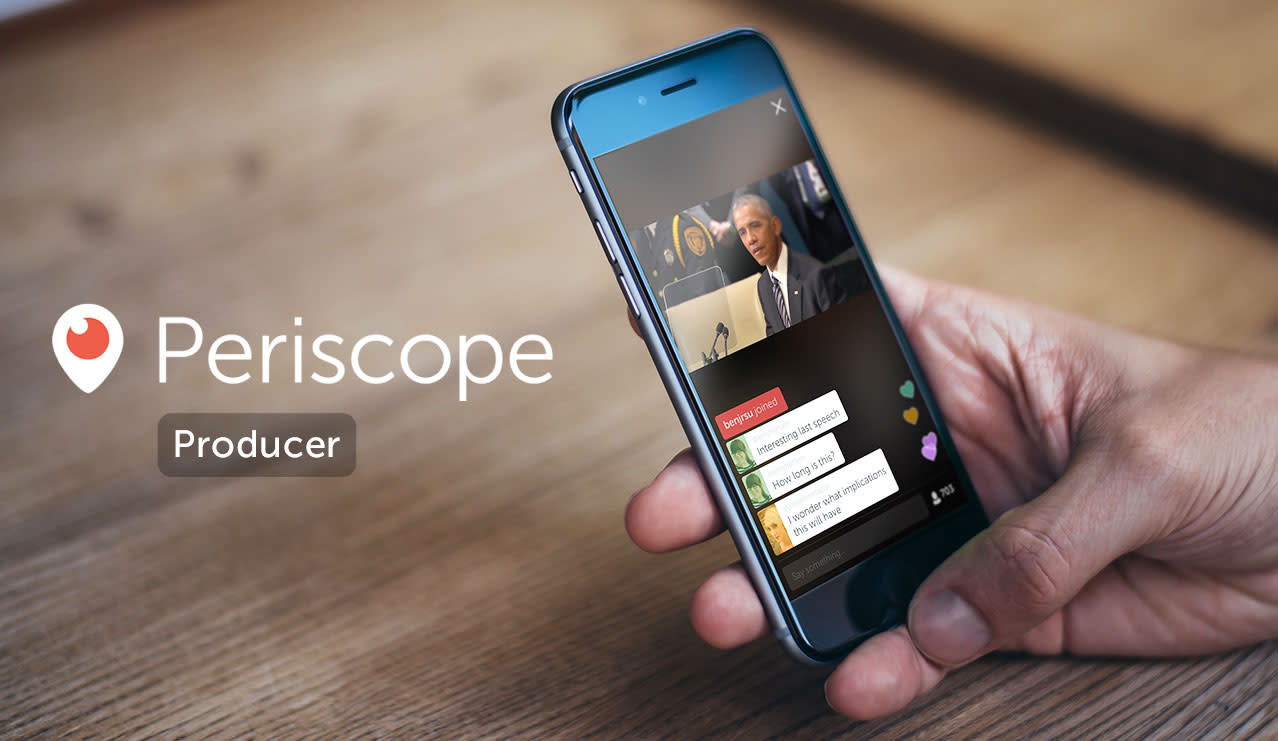 Twitter made it clear that Periscope was more than just a live selfie platform when it added support for professional cameras and GoPros last year. Now, the social network is ready to extend that same platform beyond its own native apps. In a post on the company blog today, Twitter engineer John Boiles announced the official release of the Periscope Producer API, which will allow external devices and third-party apps to launch broadcasts and publish them directly to Twitter.

Periscope Producer is already being put to work by media entities like PBS NewsHour and Bloomberg, but for most regular people, the API release means we should start seeing more robust third-party livestreaming apps that build additional features on top of Twitter's existing infrastructure. Hardware like Livestream's Mevo camera, which can replicate a multi-camera setup and live production features, for example, is now compatible with Periscope as well as Facebook Live. For more advanced livestreamers, services like Wirecast and Switchboard Cloud can now include Periscope in their mix and broadcast to Facebook, YouTube, Twitch, Twitter and others simultaneously.

Periscope has helpfully provided a list of launch partners that can currently take advantage of the new features. Other developers can apply here to be included in the beta program.

In this article: api, cameras, gear, internet, livestreaming, periscope, services, twitter
All products recommended by Engadget are selected by our editorial team, independent of our parent company. Some of our stories include affiliate links. If you buy something through one of these links, we may earn an affiliate commission.