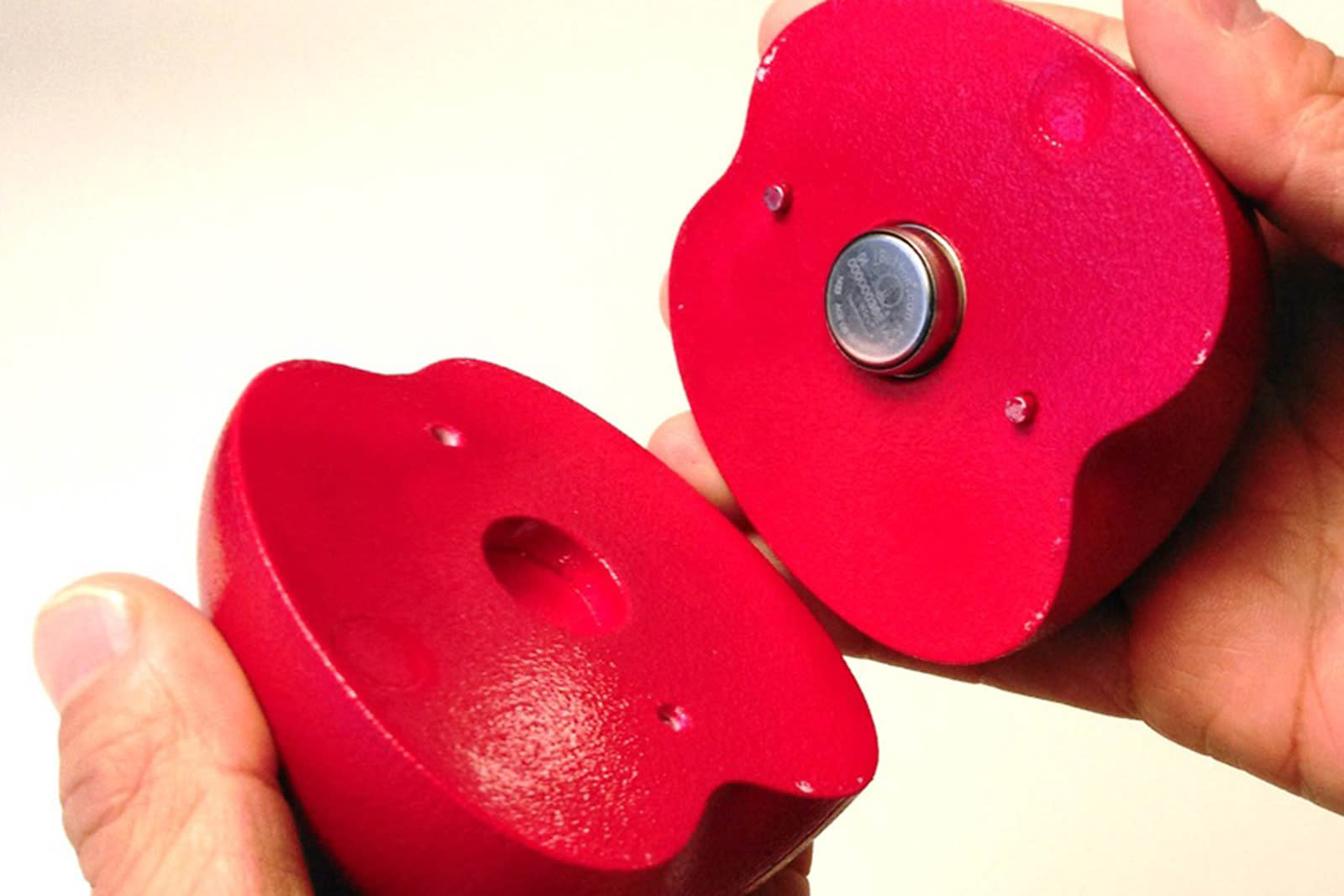 It's challenging for shippers to check the quality of fruit on its way to your grocery store. Most sensors won't reflect the conditions inside the boxes, and plucking a sample isn't going to give you a comprehensive look. That's where some Swiss researchers might come to the rescue. They've created artificial, sensor-packed fruit whose composition is enough like the real thing to provide an accurate representation of temperatures when placed alongside real food. If the fruit in the middle of a delivery isn't properly refrigerated, the shipping company would know very quickly.

To create the fruit, the team first X-rays a real example and then has an algorithm generate the average shape and texture to produce a 3D-printed shell. From there, the team fills the shell with simulated fruit flesh made of carbohydrates, polystyrene and water. The result is obviously unnatural (and accordingly inedible), but realistic enough to produce accurate results in early testing.

And importantly, this would be relatively cheap. An entire fake fruit would cost about $50 US, and you could reuse it many times. The trickiest part would be getting real-time data. Right now, you have to stop and check the sensors to get results. The current design isn't equipped to wirelessly transmit data, so there's no way to get an instant notice while the foodstuffs are in mid-route. Even so, the tech could more than pay for itself if it helps produce companies avoid mistakes and deliver healthier produce to your local shop.

In this article: empa, food, food and drink, food-and-drink, foodanddrink, fruit, groceries, produce, science, sensor
All products recommended by Engadget are selected by our editorial team, independent of our parent company. Some of our stories include affiliate links. If you buy something through one of these links, we may earn an affiliate commission.