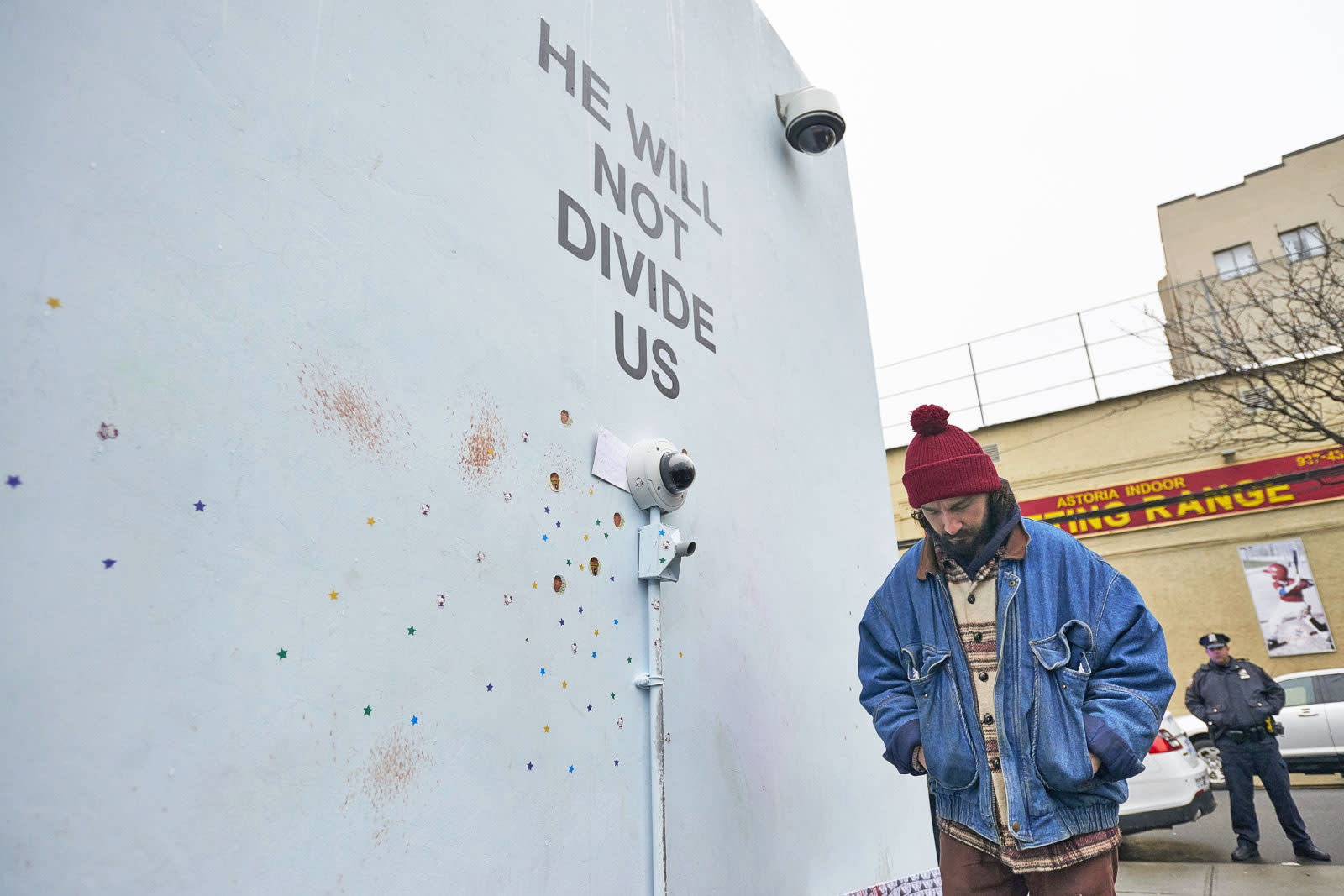 Since its launch in January, Shia LaBeouf's anti-Trump art piece has been mired in controversy. In its short life, "He Will Not Divide Us" has been shut down by New York's Museum of the Moving Image (its original home), played a part in LaBeouf's arrest following a scuffle and relocated to Albuquerque, New Mexico.

Fears over public safety have made it hard for LaBeouf and his two co-artists, Luke Turner and Nastja Säde Rönkkö, to find a permanent home for their project in America, so they decided to remove it from the US completely. It's now been adopted by the Foundation for Art and Creative Technology (FACT) in Liverpool, England, where where a flag bearing the name of the project will be streamed live 24 hours a day, seven days a week for the remainder of the Trump presidency.

In a statement, LaBeouf said that threats and criminal activity from message boards including 4chan and 8chan had shown that America "is simply not safe enough for this artwork to exist." Already, the performance artwork has been stolen and defaced, a nearby field was set on fire and gunshots were fired in its vicinity.

Originally, the exhibit allowed visitors to demonstrate their resistance to the 45th President of the United States by saying the words "He Will Not Divide Us" into a camera mounted on a wall outside the Museum of the Moving Image in New York and Historic El Rey Theater in Albuquerque.

Before arriving in Liverpool, the project dropped the camera and switched to the flag, which was moved an unknown location. 4chan users managed to track it down and replaced it with a "Make America Great Again" hat earlier this month. Although FACT is a well-known cinema and art gallery, the organisation may have taken precautions to ensure the same thing doesn't happen again.

Update: FACT has issued an update after the flag was apparently stolen from the roof of the museum: "On police advice, FACT and LaBeouf, Rönkkö & Turner have removed the installation HEWILLNOTDIVIDE.US due to dangerous, illegal trespassing."

On police advice, FACT and LaBeouf, Rönkkö & Turner have removed the installation HEWILLNOTDIVIDE.US due to dangerous, illegal trespassing.

In this article: culture, donaldtrump, entertainment, FACT, internet, liverpool, livestream, politics, shialabeouf, trump
All products recommended by Engadget are selected by our editorial team, independent of our parent company. Some of our stories include affiliate links. If you buy something through one of these links, we may earn an affiliate commission.