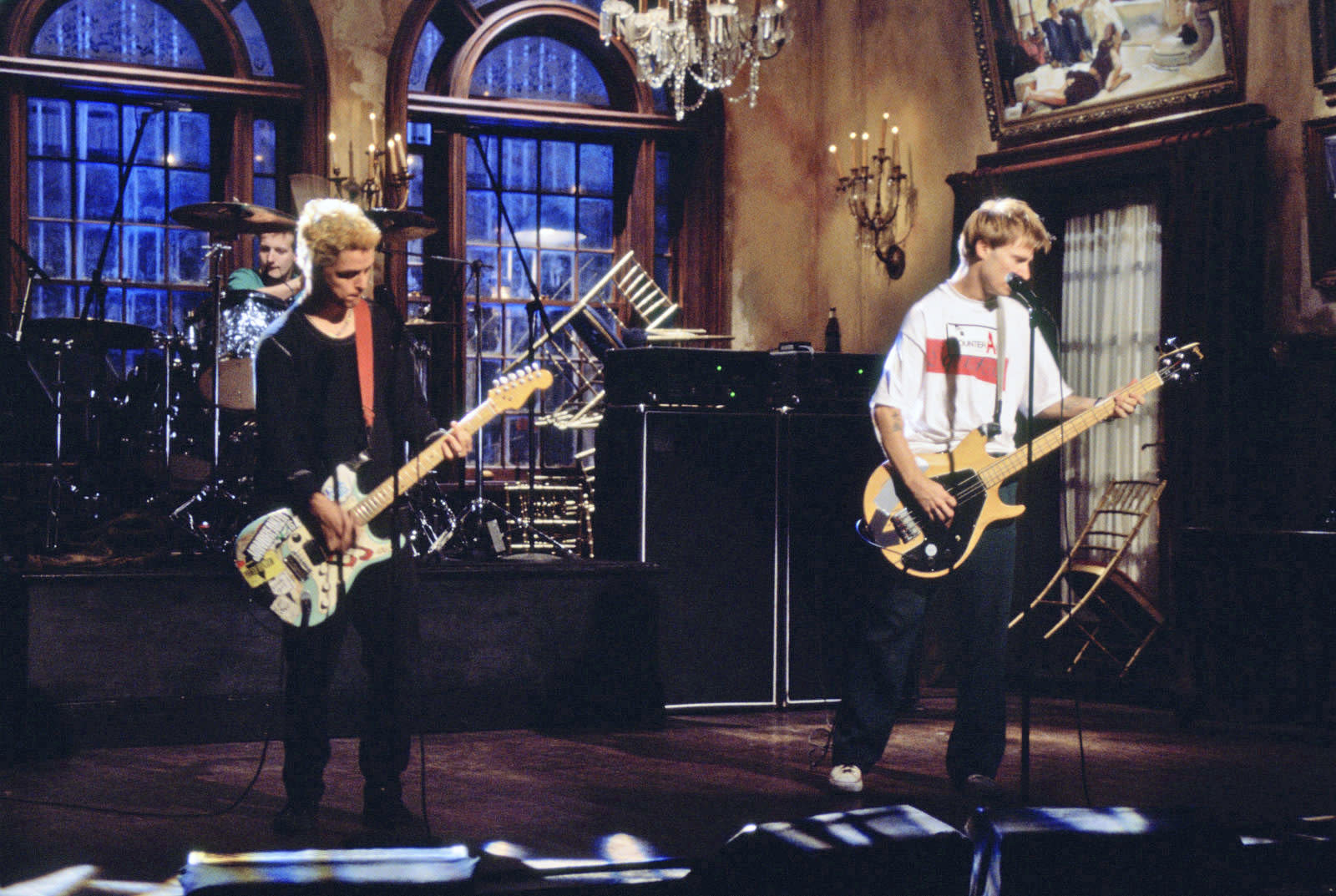 Spotify's Landmark music documentary series debuted back in August with four episodes on the early days of Metallic. Today, another installment is premiering on the streaming service and this time you'll get to relive the grungy angst of the early '90s with Green Day. The first episode is available today with the other three to follow each Thursday through April 13th.

The Green Day version of Landmark starts with the band's origins at Berkley's Gilman Street venue in the late '80s through the release of its platinum album Dookie in 1994. The show catches up with the band today and includes other artists who cite the group as an influence -- acts like Ed Sheeran, All Time Low and more. Each episode in the series so far has been around 10 minutes or less, so you won't have to dedicate much time to watching them. You can stream them via Spotify's iOS and Android apps as well as on the desktop from the "Video Series" page.

As Spotify continues to debut new installments of Landmark, the streaming service is padding its content offerings elsewhere as well. Earlier this month, the company announced it would make WNYC podcasts available to stream. That list includes popular shows like 2 Dope Girls, Radiolab, Freakonomics Radio, On The Media and more. The service still has quite the lead in terms of users, but with Apple willing to shell out considerable amounts for limited exclusives, original video content and podcasts may help further pad those numbers.

In this article: av, documentary, entertainment, greenday, landmark, music, services, spotify, streaming
All products recommended by Engadget are selected by our editorial team, independent of our parent company. Some of our stories include affiliate links. If you buy something through one of these links, we may earn an affiliate commission.