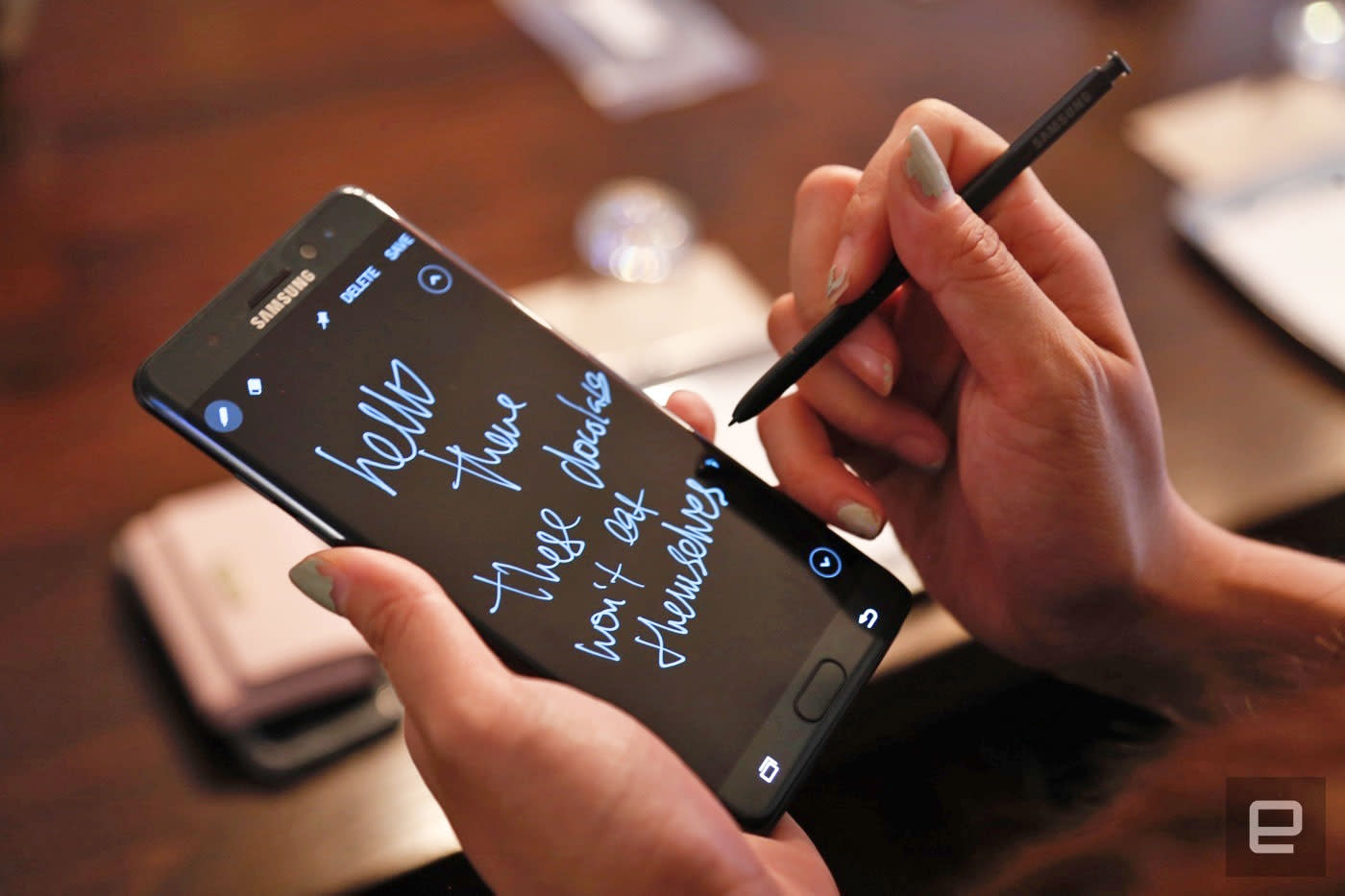 Last month, a report claiming that Samsung would refurbish and sell the many Galaxy Note 7 smartphones that were returned following a global recall. In case you forgot, the Galaxy Note 7 had a battery problem that was causing the device to overheat and catch on fire. Now that Samsung finished its investigation into the root cause of the problem, the company is detailing how it plans to deal with the millions of returned phones. Refurbishment and resale is at the top of that list: Samsung says it'll consider if devices are in suitable condition to be sold or used as rental devices.

Samsung doesn't have a lot of details on how that program will work just yet, though. The decisions on where and how these refurbished phones will be sold will depend on "consultations with regulatory authorities" in each country -- because it's likely that some locales will not be interested in letting the phone hit the market after all the past troubles. The original report claimed the target markets for these refurbished phones would be Vietnam or India.

If that's not an option, Samsung says it'll detach salvageable components for reuse and do some metal extraction using "environmentally friendly methods" to get as much useful material out of each phone as possible. Specifically, Samsung will be trying to extract semiconductors, camera modules as well as precious metals like copper, nickel, gold and silver before passing the rest of the device on to recycling.

We'll be waiting to see how the process for selling refurbished Note 7 devices winds up, but we have to give Samsung some credit here for trying not to be wasteful. The phone wasn't on the market for long, but millions were sold and then returned, and that's a lot of material that could have gone to waste. Hopefully Samsung will be able to get as much out of these returned devices as possible. And hopefully they won't try and sell these with the Galaxy Note name -- it's about as toxic of a brand name as you can find in the smartphone landscape right now.

In this article: galaxynote7, gear, mobile, phonerecycling, recycling, refurbished, samsung
All products recommended by Engadget are selected by our editorial team, independent of our parent company. Some of our stories include affiliate links. If you buy something through one of these links, we may earn an affiliate commission.