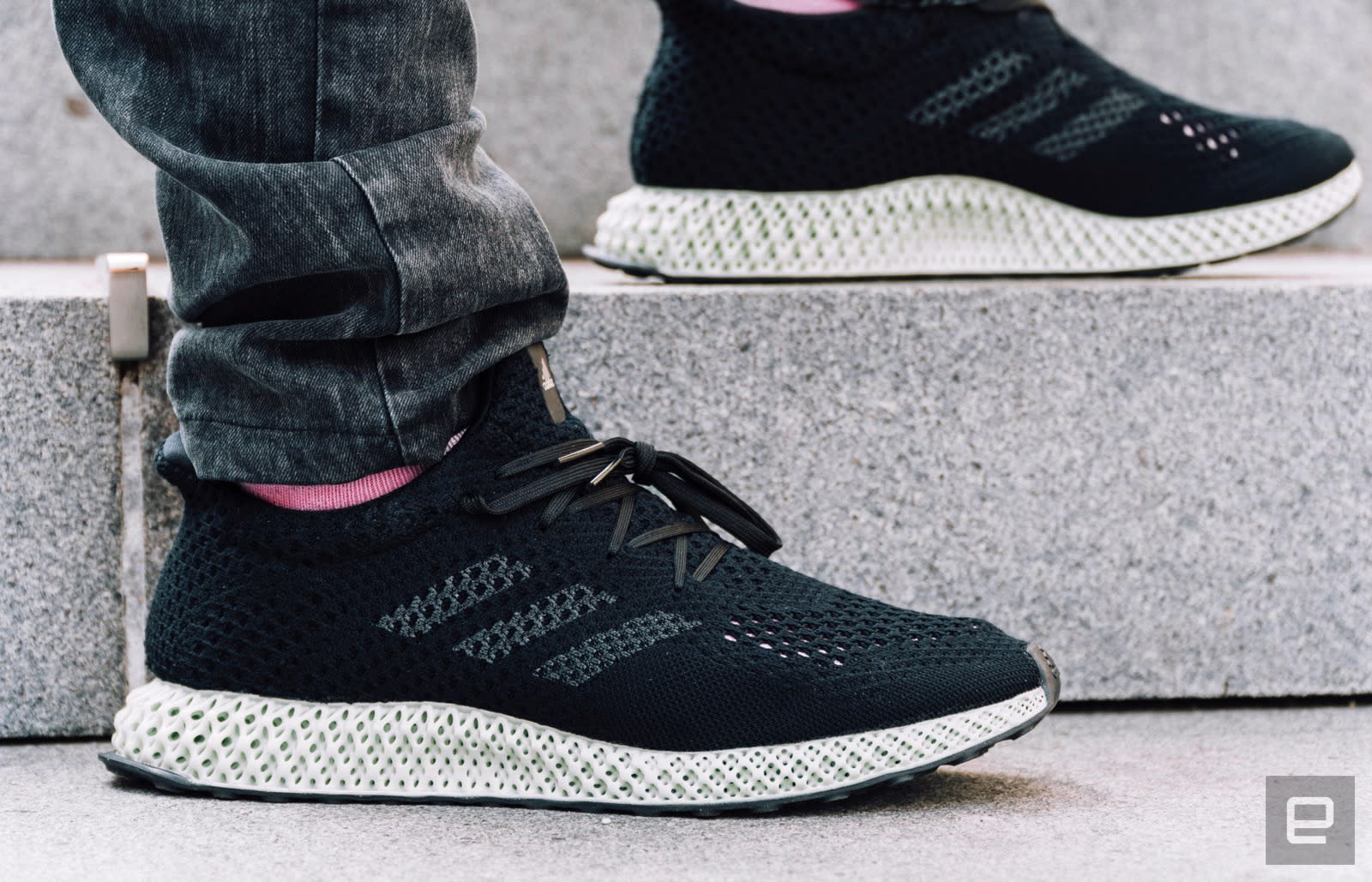 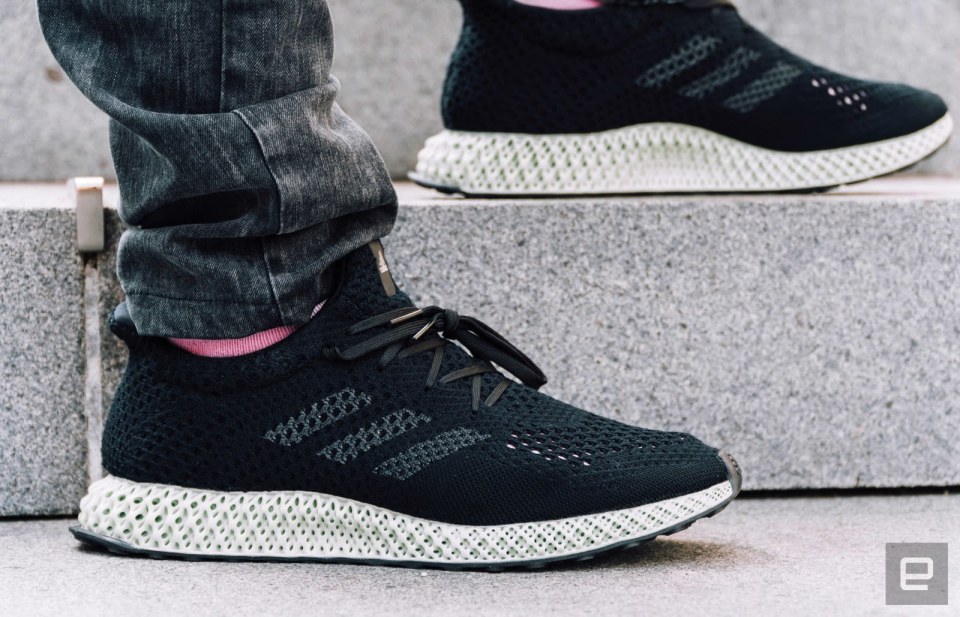 Adidas is getting serious about turning its 3D-printed concepts into consumer products. Last week, the sportswear giant revealed Futurecraft 4D, a sneaker designed partially with a manufacturing technology called Digital Light Synthesis, which creates 3D objects by mixing light and oxygen with programmable liquid resins. According to Carbon 3D, the Sillicon Valley firm who developed it, this process is capable of making "durable, high-performance" 3D parts, unlike other conventional 3D printing methods. In this particular case, that was used to make and shape the shoe's midsole, while the upper is made out of Adidas' Primeknit material.

The tech will allow Adidas to manufacture 3D-printed shoes on a large scale, with the company planning to ship 100,000 pairs by the end of 2018. That commitment falls in line with what it has been doing with its Parley sneakers, which are made from recycled ocean plastic and are now being sold in stores. Adidas did release 3D-printed runners to the public recently, but only a few hundred pairs were made available -- although they retailed for $333, you'll now find them on eBay for upwards of $3,000. I've been wearing the Futurecraft 4Ds for the better part of a day and the first thing I noticed, aside from the futuristic midsole, was how much more comfortable they are than the 3D Runners I tested a few months ago. That's likely due to the Digital Light Synthesis materials being more flexible than traditional 3D printing plastic. What Carbon and Adidas came up with feels more like hardened Play-Doh, and you never get the sense that the pieces can break off. This is obviously a good thing since the Futurecraft 4D is designed to be a performance shoe through and through.

I will say they're definitely not as comfortable as the Adidas NMDs I wore today, which feature a midsole with Boost technology, a soft foamy material that I often say is like a pillow for your feet. Still, the Futurecraft 4Ds look crazy enough that I don't mind sacrificing a bit of comfort for style. Unfortunately, Adidas only made 300 "friends-and-family" pairs of this particular design, so don't expect to see many people rocking these. That said, the company does plan to bring a variant of the Futurecraft 4D to retail this fall, although that release will be limited to 5,000 pairs.