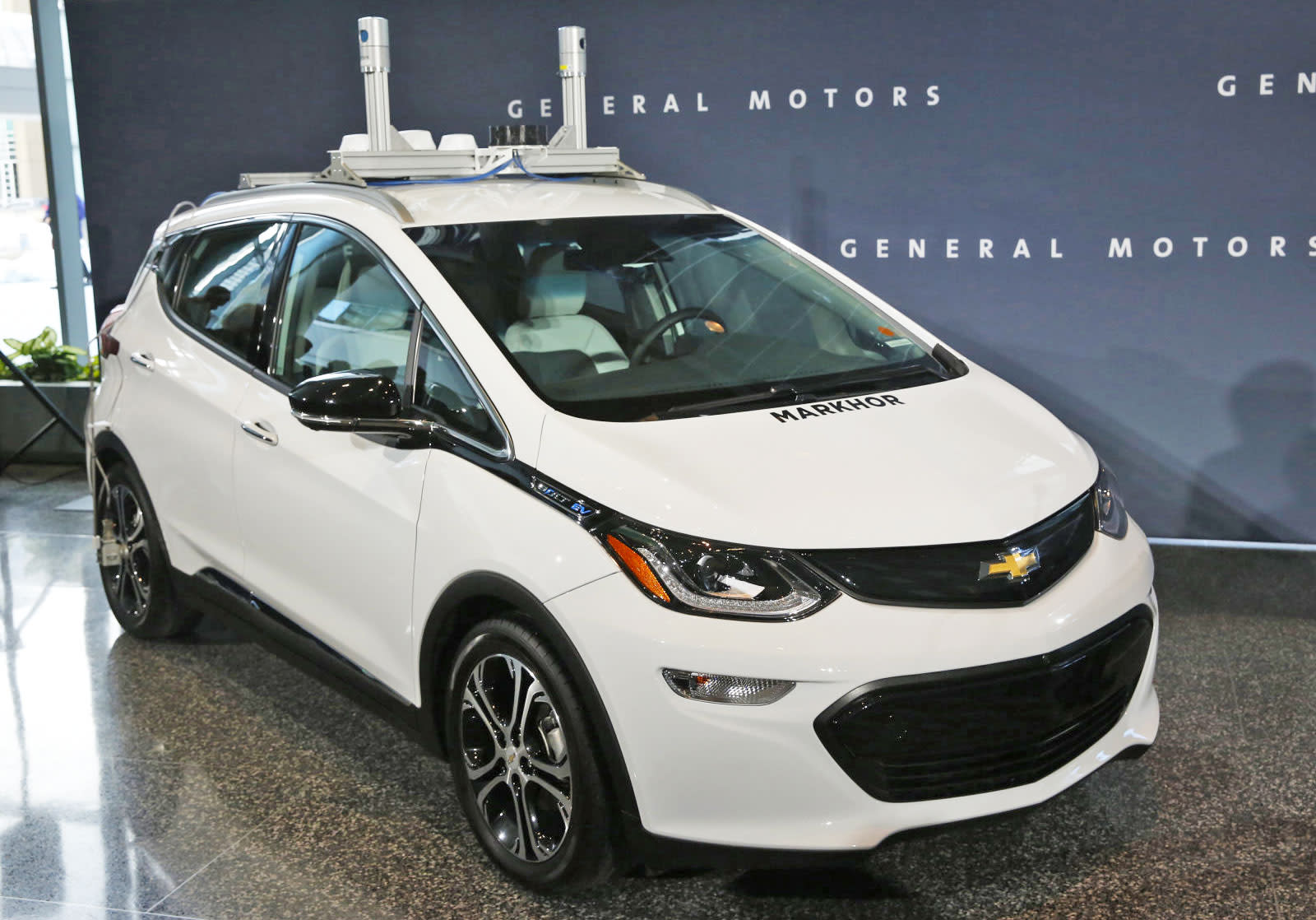 General Motors and its San Francisco-based autonomous vehicles division Cruise have made it clear they plan to put an autonomous taxi fleet on the road as fast as possible. Earlier this year, rumors from both the Wall Street Journal and Reuters claimed GM's project with Lyft could start in a test market sometime this year before a wider expansion in 2018. While Cruise has been quickly adding staff in San Francisco, GM will still need to more test cars on the road in order to get enough data and information to refine its autonomous systems for passenger use. According to a new report from IEEE Spectrum, GM and Cruise plan to add 300 more self-driving Chevy Bolts to their fleet and could be rolling them out as soon as next month.

GM already has the second-biggest test fleet, with 50 or so autonomous Bolts currently on the roads in San Francisco, Detroit and Scottsdale. Alphabet's Waymo, for comparison, has about 80 of its own in various cities. A larger fleet means the company can gather larger quantities of data in more diverse driving situations even faster, thereby accelerating the software's training and making it easier to validate the system in the real world.

Additionally, IEEE Spectrum reports that the next generation of autonomous Bolts will get a hardware upgrade in the form of two new radar systems. According to some FCC paperwork, GM is seeking approval to test short-range radar systems from Japanese company Alps Electric and automotive supplier Bosch is also seeking to test a new mid-range radar system in a fleet of "highly automated driving" vehicles that matches GM's footprint. Assuming GM, Alps and Bosch all get the FCC approval they're seeking, the new fleet of Chevy Bolts could start hitting the road as early as May 1st.

In this article: AutonomousVehicles, chevybolt, cruise, culture, GM, lyft, Self-drivingCar, transportation
All products recommended by Engadget are selected by our editorial team, independent of our parent company. Some of our stories include affiliate links. If you buy something through one of these links, we may earn an affiliate commission.