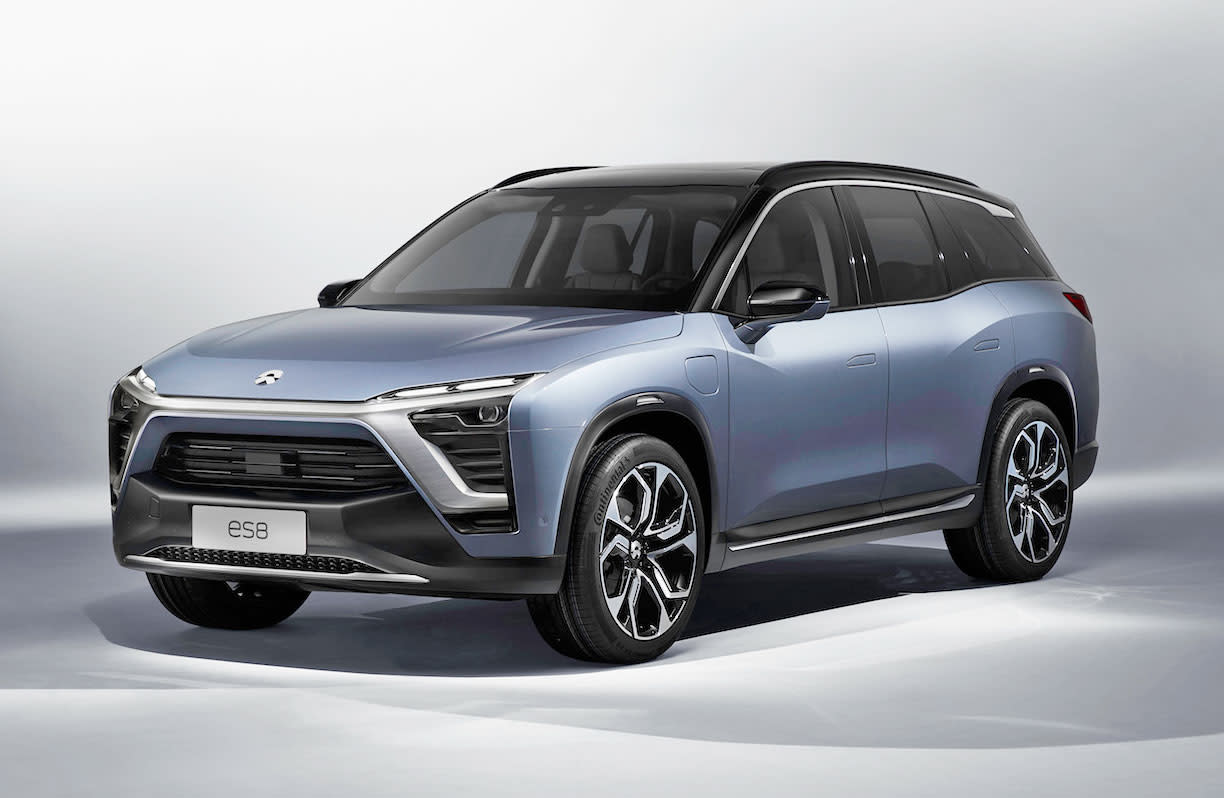 If you're an automaker, you can't just come right out of the gate with a supercar if you're expecting mass adoption. Well, you can, but maybe it isn't the wisest move? To that end, Chinese upstart automaker NIO (formerly NextEV) has unveiled the ES8, an all-electric sport-utility vehicle made specifically for its home turf. It'll fit seven passengers inside its "all-aluminum body and chassis," according to a press release. It's also packing front and rear motors along with all-wheel drive and an air-ride suspension. Unlike, say, the electric SUV that Volkswagen recently announced, this has a swappable battery that NIO says will "provide a charging experience that surpasses refueling at gas stations." Sounds a bit like how Gogoro is positioning battery changes for its electric scooters. Pre-orders are open now and it's expected that the ES8 will start rolling out to customers sometime next year, but no price was given.

However, if you were eying the company's "world's fastest" EV supercar, the EP9 will go on sale for a cool $1.48 million. The first, limited production run was earmarked for investors NIO says, but now that those six deep-pocketed folks have theirs, the next ten off the assembly line are up for grabs for whoever can afford them. And in case you were worried, each one is built to order. Sure, you'll have a sizable hole in your pocket, but you can rest easy on that cashmere pillow knowing that the car was made especially for you.

In case this business move sounds familiar (unveil a supercar to gain attention and investors, then show off an SUV that people might actually buy), that's because the beleaguered Faraday Future did something incredibly similar recently.

As we get further along the path to a future where electric vehicles replace fossil-fueled cars, we're likely to see the former originating from more places at different prices. Given China's manufacturing prowess, NIO isn't likely to be the last we hear of an EV manufacturer coming from the region.

In this article: china, ElectricVehicle, ep9, EV, gear, nio, nioep9, nioes8, supercar, suv, transportation
All products recommended by Engadget are selected by our editorial team, independent of our parent company. Some of our stories include affiliate links. If you buy something through one of these links, we may earn an affiliate commission.