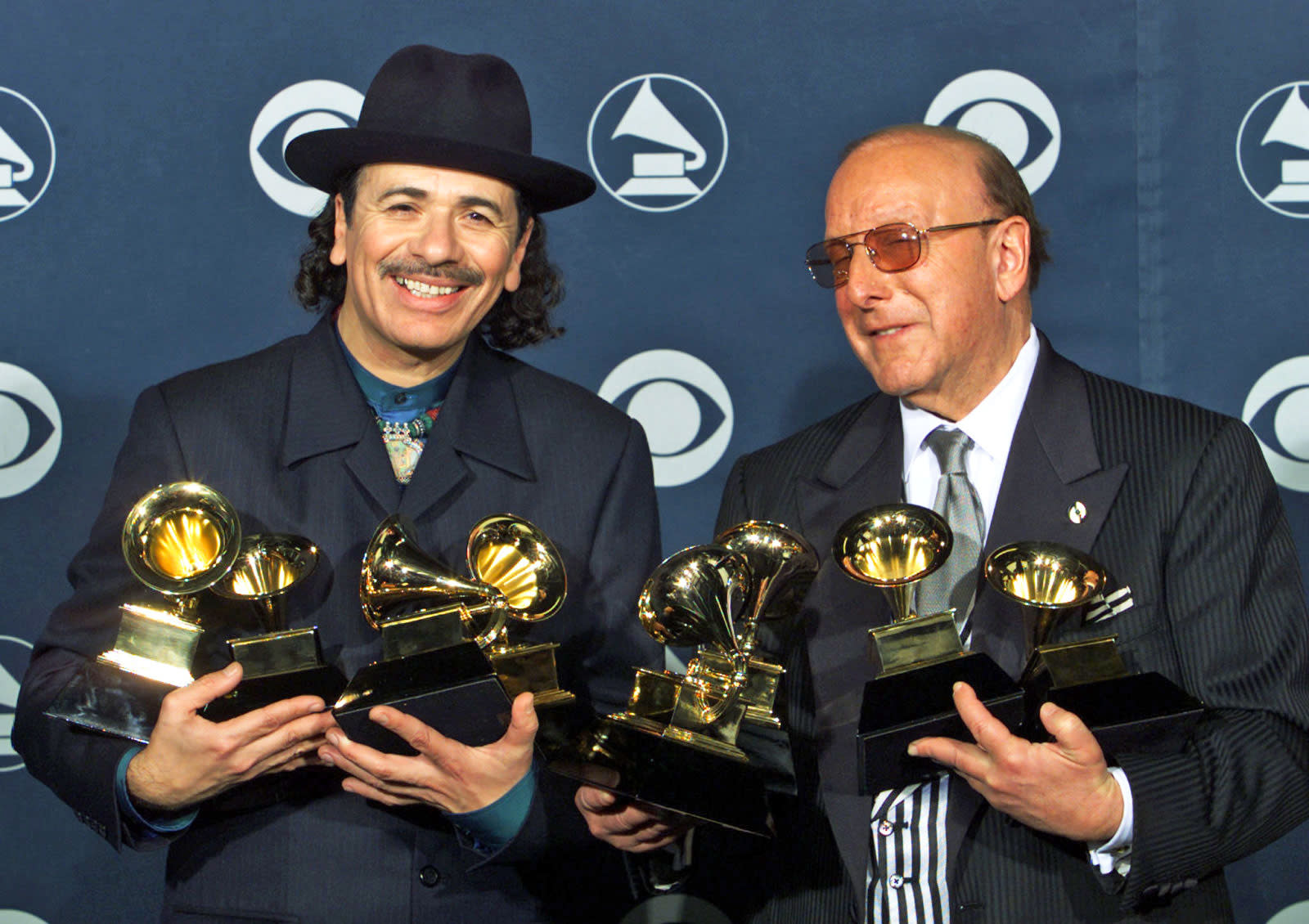 Apple Music's next documentary focuses on music industry legend Clive Davis. Last night at the annual Tribeca Film Festival, it was announced that Clive Davis: The Soundtrack of Our Lives would be exclusive to Apple's music-streaming service. That report comes via Deadline. While Davis' name might be unfamiliar, his influence has been felt throughout the music industry for some 50 years. Davis is responsible for signing Bruce Springsteen; Carlos Santana (above); Earth, Wind & Fire and Alicia Keys in addition to cofounding Sean "Puffy" Combs' Bad Boy Records among many, many other accomplishments. For more on his career, be sure to check out New York Times' recent interview with Davis.

This comes after the music service snagging the rights to 808: The Movie and Taylor Swift's 1989 concert movie. Thankfully this sounds like it'll hew closer to those than Planet of the Apps and Carpool Karaoke. Spotify recently revealed its latest exclusive, basically Carpool Karaoke but for hip-hop, and has a documentary about Metallica' early years under its belt, too, so there's some competition in the space. Hey, at least these exclusives are music adjacent and not your favorite artist's latest records being siloed of to a service you don't subscribe to, right?

In this article: aliciakeys, apple, applemusic, av, badboyrecords, brucespringsteen, clivedavis, clivedavisthesoundtrackofourlives, entertainment, exclusive, streaming, tribeca, tribeca2017
All products recommended by Engadget are selected by our editorial team, independent of our parent company. Some of our stories include affiliate links. If you buy something through one of these links, we may earn an affiliate commission.