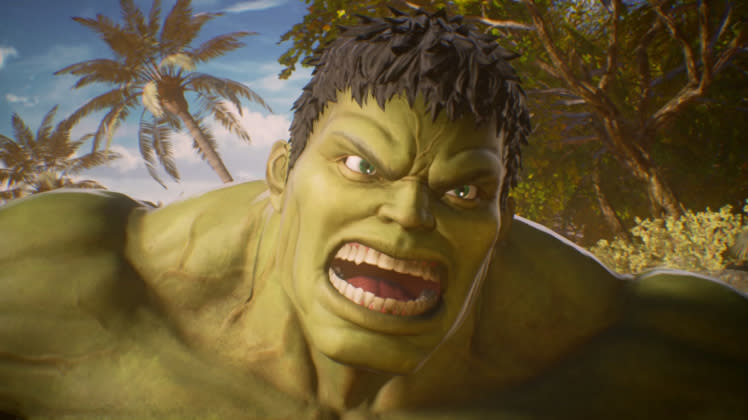 After a year of silence, Capcom has announced eight new characters for its crossover fighter -- Marvel vs. Capcom: Infinite. Doubling down on Marvel's Cinematic Universe, Hulk, Thor, Hawkeye, Ultron and Rocket Racoon join the playable roster. On the Capcom side of the fence, the publisher has revealed that players will be able to duke it out as Street Fighter's Chun Li, Resident Evil's Chris Redfield, and Strider's Strider Hiryu. The trailer also announced that the game will be launching on PS4, Xbox One and PC on September 19th for $59.99.

As expected, gamers can also preorder a 'Deluxe Edition' which grants them access to future character DLC and two exclusive costumes. Die-hard fans can also opt to splash out on the eye-wateringly expensive $199.99 Collector's Edition, which includes: plastic character dioramas of Iron Man, Captain Marvel, Mega Man X and Chun-Li, a case filled with six Infinity Stone replicas and a Steelbook game box. Fans who pre-order any edition of the game will get access to two special character skins - Warrior Thor and Evil Ryu.

Featuring a cinematic story mode and two-on-two battles for the first time in the franchise's history, Marvel vs Capcom: Infinite looks to be a fairly radical departure for the series. With Marvel villain Ultron and Megaman X's Sigma merging into the imaginatively named Ultron Sigma, both universes find themselves teaming up to defeat him. Thankfully, it looks like Capcom has acknowledged how silly it all is, with the trailer showing Rocket Racoon annoying a bemused looking Megaman.

Abandoning the previous game's cel-shaded aesthetic for a more 'realistic' art style, Capcom looks to be following Marvel's cinematic look. With the comic giant's movies continuing to dominate our screens, the franchise's current gen revival could see the series gain a bigger audience than ever. Yet, with Marvel still bitter that Fox hold the movie rights to franchises like X-Men and Fantastic Four, it's still unclear whether fan favorite characters like Wolverine will return.

In this article: av, capcom, gaming, marvel, marvel vs capcom, pc, ps4, resident evil, StreetFighter, xbox one
All products recommended by Engadget are selected by our editorial team, independent of our parent company. Some of our stories include affiliate links. If you buy something through one of these links, we may earn an affiliate commission.